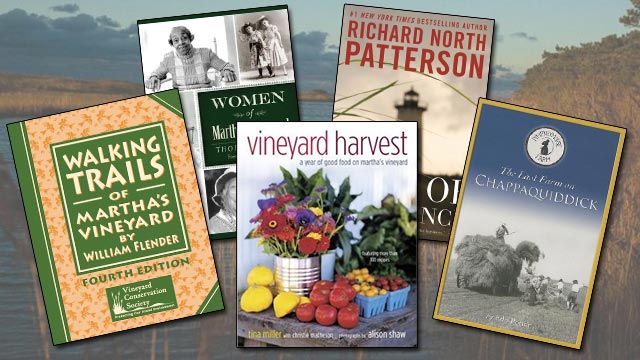 On Martha’s Vineyard, we were fortunate readers in 2013. As you know, this space is devoted to all things books, especially new books by authors with ties to the Island.

You’d think such a limited focus would produce a thin crop of good reads to recommend. That is not the case, and in fact, the harvest has grown more abundant in the last several years. Likely the yield will continue to grow as a result of several literary conditions related to the Island environment and also to new realities in publishing.

And we have our own publishing company, Jan Pogue’s Vineyard Stories, which adds titles of interest to the Island and beyond, and also adds to the buzz and general healthiness of the book business. As Vineyard Stories has grown and flourished, Ms. Pogue has expanded her range of titles and categories. She has also developed an authorship team of writer Tom Dunlop and photographer Alison Shaw, who have created a series of insightful books on Island enterprises, food, and icons.

And as national publishers have shrunk their title lists to feed the bottom line, smaller publishers are taking advantage of the great opportunities to publish really good work. Finally, and equally as important, it seems to me, a fully-emergent social industry of media platforms provides the unknown author a chance to become a viral fave quickly.

So the literary feedbag is overflowing, so to speak. As you know, I review only the books I have personally read. So if you have a favorite from 2013 which is not on the 2013 Fave List below, chances are good that I didn’t read it.

“The Dream Merchant” by Fred Waitzkin. Mr. Waitzkin’s debut novel, an unsettling tale of an old man and a young lover amid the prisons of his past. Mr. Waitzkin is a best-selling non-fiction author (“Searching for Bobby Fischer”), but who knew his first fictional book would elicit such visceral response?

“A Man of His Own” by Susan Wilson. The third in the genre of fiction about dogs from this hard-working Island writer. Her dogs don’t solve crimes or pull Santa’s sleigh. They are dogs living and participating in wonderful stories about people. This one is about three World War II veterans, two human, one canine, and their difficult post-war lives.

“The Tsar’s Treasure” by Martin Bayerle. Former Island resident Captain Martin Bayerle spins us a yarn about his 30-year search for a billion or more in gold aboard the White Star luxury liner Republic, which sank near the Vineyard in 1909. Treasure-hunter Bayerle researched his find in painstaking detail and found not only the treasure but a boatload of pre-World War One political intrigue.

“A Predatory Mission” by Judith Campbell. Latest in the Olympia Brown mystery series. The Rev. Brown is an ordained Unitarian minister with a large dilapidated house, an ardent but polite British lover, and an absolute penchant for finding trouble.

“How the Millennial Generation is Shaping Our World” by David Burstein. Mr. Burstein and his family have been summer folks for generations and Mr. Burstein has taken up the mantle of defending the 17- to 35-year-old generation, which wears the mantle of being the do-nothing generation of all time. Interesting social commentary on how the Protest Generation raised their kids.

“Alphabet Zooup” by Tara Reynolds. Another in a creative series of early and young reader books from Vineyard Stories. Tired of “A is for Apple?” Try this zesty art and fun letter matches for young minds.

“Children Are Diamonds” by Edward Hoagland. Mr. Hoagland’s work generally concerns the human condition. This novel presents humanity at its worst, and best, as a group of African villagers and their aid workers make a run through ethnic slaughter in a self-destructive African country. The horrifics are reported dispassionately through a mercenary turned savior. You will stop reading from time to time.

“Loss of Innocence” by Richard North Patterson. Island resident Richard North Patterson has been sending up mystery winners for a while. Now he’s two books into a trilogy on two Island families. This is the second in the series (“Fall from Grace” is first). The third is in the works. “Loss of Innocence” is a prequel to “Fall from Grace” and explains how both families get to be the way they were. BONUS: we get great texture of the ambient craziness that marked the decade and some great Island insider takes.

“Unthinkable” by Clyde Phillips. Mr. Phillip is a Boston neighborhood guy, a summer Island resident, and a wicked successful TV crime and drama honcho. He can write. This is a mass murder in a San Francisco neighborhood eatery that only gets worse. 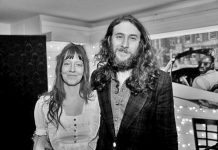