Although there’s never been a dog who speaks English (or French or Chinese or Romanian, for that matter), they do know how to let us know when they’re cold. Short-haired breeds such as Chihuahuas, greyhounds, and terriers shiver volubly, even when they’re indoors and they’ve caught a draft of frigid air. My own Boston terrier is such a baby about cold weather that I wonder why his kind is named after a New England city: the original breeders should have dubbed the dogs Tucson terriers.

Larger dogs with dense coats — unless they wander out of doors for a long period of time — swelter under any kind of cover. Breeds such as Siberian huskies, malamutes, and St. Bernards love to roll in the snow. Those among us who own these big hirsute brutes have seen this in action, especially during some of the Arctic blasts that have come our way of late.

Is it possible for a hairy dog in this Big Foot category to freeze to death? Martha’s Vineyard Veterinarian Dave Tuminaro of Caring For Animals says unequivocally, “Yes. If they’re exposed to cold, windy weather for any length of time, they need a coat to trap the air between them and their bodies. They can survive longer, however, the bigger the animal, the more interior girth warmth there is to cover the surface area. That’s why an elephant will last longer in the cold than a mouse.”

Another factor that helps dogs of every size and hair quantity survive in the chilly outdoors more handily than their fragile human owners is their body temperature. They burn higher. “From 101 to 102.5,” said Dr. Tuminaro.

All the same, that doesn’t keep our wimpy short-haired, close-to-the-ground small breeds from quaking like a canine St. Andreas fault-line.

Kerry Scott, owner of Good Dog Goods in Oak Bluffs, said the concept of coats for dogs is only a recent development. “When I looked out at the Trade Winds [dog park] meadow from my house back in the late 90s, I saw not a single jacket on a single dog. I had one for my 15-year-old Gordon setter who was frail at that point, and everybody hooted and hollered at the sight of him.”

She opened her store in 2000 and realized she had to first convince the rugged guys — the ones who sneered at the idea of a dog all “sissied up” in a jacket. Ms. Scott said to four of these fellows, all of whom were friends of hers, “Do me a favor. Take these coats and see if your dogs can walk, wag, and wiggle around in them.” The four dogs being thus fitted out were a Rottweiler, a greyhound, a black Lab, and an English bulldog.

The company that makes the coats that Ms. Scott sells — the garments are lined with fleece from Malden Mills in Massachusetts — is itself located in an air-conditioned factory in Ft. Lauderdale. Ms. Scott’s boutique is the company’s biggest customer in the country. We Islanders are extra fond of our dogs.

There are also boots to be considered. Most of us have had the experience of walking our pooches in the snow when, all of a sudden, a paw is raised, the pet is hobbling; the cold has immobilized the first of the dog’s four feet. Now comes the crunch for the owner if the dog is heavy and the distance far, because you have no other choice but to carry poor Schmoozi home.

Good Dog Goods carries a line of boots called Ruffwear Summit Trex. If you can picture your high-strung whippet trying to shake this footgear free, they look snug as a sneaker, but more flexible, with an elastic top like an attached sock, and a Velcro band to hold the shoe at the ankle.

But, finally, let us pause to perform a thorough moral inventory: Is there not another side to our effort to dress our dogs in fleece-lined waxed cotton raincoats? Are we not, to be perfectly honest with ourselves, also motivated because our pets look so darn cute in those Argyll hoodies, those Martha Stewart pink-skirted jackets (not for male dogs, they’d pee right into their own pinafore), and crocheted Sherpa coats in all colors of the rainbow?

I’d like to leave you with a nod to my wonderful, fun-loving friend, the late Tami Pine of Vineyard Haven, who took dog grooming to new heights. When both her daughters sailed off into the world, leaving Tami with an empty nest, she acquired a Chihuahua puppy cute enough to inspire a wardrobe Coco Chanel could have loved.

Every evening Harley was treated to a bath, then rubbed with organic oils to keep her tender flesh from drying. Tami then slipped the tot into a fresh pair of pajamas (no, I haven’t heard of doggy pajamas either; don’t even bother Googling it; somehow Tami came up with seven sets for a week of baths).

Every day the Chihuahua fashionista was dressed in one of her dozens of dazzling outfits and, if the air was chilly, Tami decked her out in a dark suede jacket with fox-lined cuffs and collar (I know, I’m hoping the fur was faux as much as you are).

A final message from Kerry Scott: Wipe your dog’s paws after tromping over salt spread out on snowy sidewalks. This salt can be toxic, depending on the brand, and when dogs lick it, they can — and do — get sick.

Ms. Scott says, “Just rub a paper towel with some mild soap, and pat down the paws.”

And don’t forget the bath and fresh PJs. 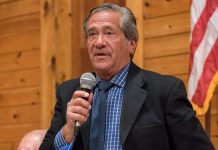 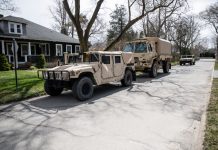