While shades of brown, and grey, and white snow, are subtly — truly — beautiful in nature, one can revel in them for only so long. They make a drab garden.

In my imagination I create a mass planting, a wonderful grouping of shrubs with brightly colored stems, in a spot where the afternoon winter sun strikes my garden. When I say brightly colored, are you aware that there is a plant category that supplies almost garish winter color, as if spray-painted with acrylic paints?

But what are they? Since I have not actually planted them, but only sensed their lack, there are several possibilities, all candidates for alleviating the winter blahs. The young growth of various willow and shrub dogwood cultivars supplies color ranging from citron through burgundy. To maximize it, cut them back hard in spring.

Fiery colors are the most unmistakable way to supply winter interest in gardens, but do not overlook white or pale-stemmed plants such as birches and various brambles. Planted against the background of dark broadleaf evergreens, they too provide attractive variety.

The vociferous arguments Fred Fisher and I used to have when I worked for him in the Nip ’n’ Tuck dairy often come to mind. Fred was a fan of the Nixon administration’s secretary of agriculture, Earl Butz, who is credited with the cheap food policies that have been so injurious to farming and health in this country.

Although I myself was very influenced by Fred, one point I could never concede was when he would insist Americans were the best-nourished people on earth. Even as he damned “the American housewives [who] buy store milk, coffee whitener, and margarine,” he could not make the connection that ultimately it was Butz’s farm subsidies that were pushing margarine down Americans’ throats and sealing the fate of family farms.

New York Times food writer Mark Bittmann’s recent op-ed piece,  “Abundance Doesn’t Mean Health,” contains links and facts that confirm today’s woeful state of American food and nutrition. It is worth reading and makes the case for growing all you can and supporting organic and local agriculture to the extent your food budget allows.

“…the obesity-diabetes epidemic afflicts predominantly people on the low end of the income scale…” Bittmann writes. “With a lack of money comes either not enough food or so-called empty calories, calories that put on pounds but do not nourish.”

However, some people do eat very well in the United States; not all of them have money. Some of them have gardens.

Along with straightening up and cleaning growing spaces, it is time to survey what is on hand in the seed department. This represents the true girding-up for the coming gardening year.

Most gardeners discover that they have seed duplicates in certain vegetables, based on what they really like to grow, or notions of stocking up, or just plain inexplicable, how-did-that-happen? If this is you, please share them in your town library, work place, or other meet-up spot, along with surplus catalogues, while they are still viable.

I am arriving at the time in life when a full month to recuperate after the holidays does not seem unreasonable. There is not much to do or look at in the garden in January, but once it is past I am always cheered by the prospect of February. It is sunnier and more spring-like, the light has turned, and better days are just around the corner.

We experienced some seriously low temps in the past month, enough to make one chortle about its effects on ticks, spores, soil-borne diseases, and hemlock woolly adelgids. From the single digits to the 50s and back again is a big shift for a live plant to accommodate, one that layers of mulch can help buffer — three to four inches is considered effective. Up-and-down weather, however, such as the past month’s, constitutes one of the worst burdens of being a plant in a Vineyard garden, otherwise a fairly easy existence.

Under low-light conditions (around the winter solstice), most houseplants are semi-dormant and cannot utilize fertilization. While I have been giving limited water for a couple of weeks already, I wait until early February to resume fertilization.

With stronger light, and resulting new growth, there will inevitably be an outbreak of pests: typically white fly, aphids, or scale. This is usually precipitated, in my set-up, by heat build-up and inadequate ventilation. Better ventilation and repeat applications of insecticidal soap or horticultural oil usually keep things under control.

With the month of February come warm spells that are suitable for spraying orchard fruit trees with horticultural oil to control insect pests. Generally, a temperature of 40°F over a 24-hour period supplies the margin of safety. Combining hort oils with copper compounds, such as Liqui-Cop, is recommended for controlling peach leaf curl. Spray several times, ideally, before buds begin to swell.

Most ornamental grasses are looking bent and broken. They will not come back up and may be cut back to the base. In fact, the sooner the better: we often find signs of rodent damage to crowns when we cut them back. 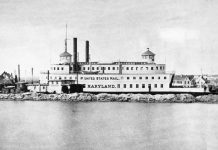 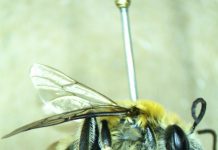 Edgartown: A lot of free time