For the next two weekends, Island Theatre Workshop (ITW) will inject a dose of humor to the tail end of the winter with its seventh annual One Act Play Festival. The three short plays included this time around are all comedies, but their styles range from relatively silly, to clever with a twist, to a wry British parody with a sweetly sentimental twist.

“The one acts are a perfect time to do something light. It’s winter,” said Kevin Ryan, who is one of the three directors – along with Leslie J. Stark and Lee Fierro – presenting work.

Mr. Ryan’s selection, the middle play of the program, is the lightest of all. It’s a short piece called “Mirror, Mirror” by Bruce Kane that spoofs the traditional fairy tale.

“He’s taken two or three very popular fairy tales and mashed them together,” Mr. Ryan said. “It’s a little over the top.”

The short play takes place in a contemporary setting and features a wicked stepmother (of course), a beautiful stepdaughter (naturally), and princes. The scene stealer of the show however is a talking mirror that doesn’t always cooperate. As the mirror, the very talented and versatile actor Clark Maffitt brings his deadpan comedic chops to the show.

For his directorial outing, longtime ITW actor/director Leslie J. Stark has chosen David Ives’s “Sure Thing.” The one act is part of a series of short plays that are often performed together under the title “All In the Timing.” Mr. Ives’s plays all feature quirky premises.

“Sure Thing” offers a unique take on the courting ritual. A man and woman meet in a cafe and try to make a connection. Despite some awkward moments and embarrassing missteps, they are luckily given chance after chance to get it right, thanks to an interesting dramatic device.

The play riffs on the the differences between the sexes and the challenges of approaching a stranger, whatever one’s intentions. There are some very funny lines, along with some jabs at stereotypical banter.

Mr. Stark, who has acted in and directed work for ITW for many years, will star in the short play along with Linda Comstock. The two are both members of the Peter H. Luce Play Readers group that meets weekly at the Tisbury Senior Center. Recently, the group presented four of David Ives’s short plays, including “Sure Thing” at the Vineyard Haven and Chilmark Public libraries. The reception of that program encouraged Mr. Stark to choose the first play from “All In the Timing” (and the one that has a line that gives that series its title) for the One Act Festival.

“The play reminds me a great deal of the cartoon work of our wonderful Island treasure, Jules Feiffer,” Mr. Stark said. “There’s a serious underpinning to everything that seems light or silly. It’s very wacky, very typical of David Ives, but it has a certain poignancy. I think light stuff works well when there’s some substance to it. It’s definitely light and very funny, but underneath the lightness is real angst.These are clearly two unattached, lonely people wary of making a connection.

Lee Fierro, former ITW artistic director and veteran actress and director, has selected something a little meatier for the festival. “The Old Lady Shows Her Medals” is a one act by J.M. Barrie, the Scottish author and dramatist best known today as the creator of Peter Pan. Barrie wrote many short stories and novels during his lifetime but was recognized most in his day for his plays.

The play that Ms. Fierro is directing is a comedy/drama set in London during WWI. It starts off poking fun at a group of London charwomen and their competitive natures and turns into a sentimental, at times sad, drama of a lonely old woman. The author, in classic tongue-in-cheek style, caricatures his protagonist and her circle of friends in a wry, humorous way. Enter a male character, who creates a dilemma for the hostess of an informal tea party. From there, the play takes a very different, almost dark direction, while maintaining the humor. It’s a lovely, bittersweet story that is bound to leave the audience smiling as they walk out the door.

“It combines some aspects that always appeal to me,” Ms. Fierro said. “A combination of warm humor and pathos – or heart feeling.”

The play stars Annie Palches, a longtime friend of Ms. Fierro. “She has played some leads for me, but she hasn’t acted in a while,” Ms. Fierro said. “She’s incredible. I am delighted to be reuniting with her as an actor. I like the way she works. This part is very good for her.”

Rounding out the cast are ITW president Stephanie Burke; Jesse Seward, Molly Chvatal, and Felicity Russell, who appeared recently in the “The Wizard of Oz;” plus ITW newcomer Gaston Vadasz.

Ms. Fierro notes that presenting one act plays offers more community members the chance to get involved. “It’s a wonderful opportunity for new actors of whatever age to get a little bit more experience before they tackle a full length play. It gives a number of people an opportunity to get up on stage and not have as many lines to learn. People are awfully busy these days. There much more open to being in a one act.”

And, she added, “The audience seems to really love the one acts. They really enjoy seeing that variety. I just think the entire evening is fun. You come in laughing, you go out crying.” 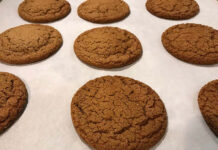 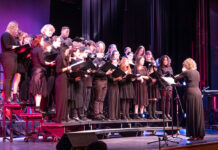 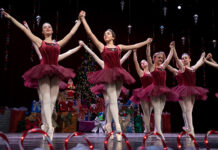