The top eight team racing squads in New England are selected to compete in the event, scheduled for Saturday, May 17 at Wianno Yacht Club in Osterville. The Vineyarders are currently ranked sixth in New England with a 19-3 record.

“It’s a huge, huge deal for the guys to qualify for this,” Vineyard coach Andrew Burr said. “It’s absolutely unbelieveable to make it into Mark. They’re pretty damn good. It’s quite an accomplishment.”

At stake in the Mark is qualification for the Baker Trophy, the high school nationals, which will be in contested May 24-25 at Lakewood Yacht Club in Seabrook, Texas, near Houston. 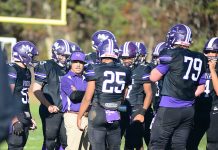 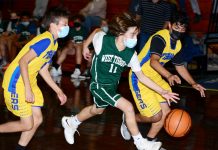 Art and science together