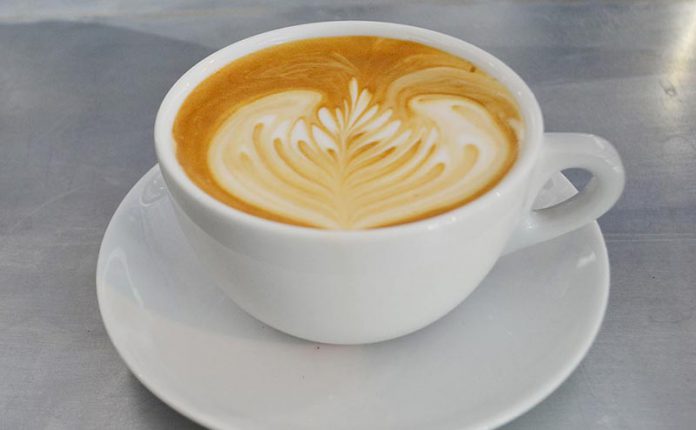 If you’re going to do something, do it right. That’s John and Renee Molinari’s mentality behind the newest branch of their Beetlebung franchise, set to open on Circuit Avenue on May 31.

Beetlebung Oak Bluffs has a lot going on. It’s a sun-soaked coffee house, featuring Barrington Coffee beans by day. At night, it slips into its evening attire as a bar and lounge, with a menu by executive chef Jerry Marano, and a creative cocktail list by “the Cocktail Guru” Jonathan Pogash. There’s a lot to drink in, so let’s just focus on the coffee and cocktails.

Barrington Coffee, based out of western Massachusetts, is not new to the Island. Beetlebung has been using their beans since 2005, first at their Vineyard Haven location, then in Menemsha. “We were looking for the best coffee beans we could find, quite simply put,” Renee Molinari said. “We wanted it to be close by, so it would be as fresh as possible. We also wanted a partner who would be able to provide training. We were looking for people that were experts at the whole process.” Barrington Coffee owners Gregg Charbonneau and Barth Anderson were exactly those people.

“The vast majority of the coffee we buy comes from very small and often multi-generational family farms,” Mr. Charbonneau said. “The coffee is carefully tended every step of the way, picked and processed by hand.”

Every harvest season, Mr. Charbonneau and Mr. Anderson pick out beans from Kenya, Guatemala, Sumatra, and Hawaii and bring them into their tasting facility. They pick out beans to offer consistently year-round, as well as “unique and interesting coffees we might only offer for a week, a month, six months,” Mr. Charbonneau said. “We’re willing to pay the price that lets these farms do what they do.”

When Beetlebung calls in a coffee order, Barrington roasts it on demand, and ships it the same day. Nothing is warehoused or roasted ahead of time.

Barrington has trained the staff at Beetlebung to pay the same attention to making a cup of coffee. “There’s so much that goes into it, so much that can get screwed up,” Mr. Charbonneau said. “It’s a miracle anyone can get it right sometimes.”

Water quality, for instance, is one of the most overlooked factors in the brewing process. But it’s also the easiest way to ruin a cup of coffee, according to Emma Blair, coffee manager at Beetlebung Oak Bluffs. Beetlebung has installed a water filtration system to ensure quality, which Ms. Blair tests regularly. They’ve also made the switch to bottomless portafilters, a device that allows baristas to see that the espresso shot they’re pulling has the correct color.

Then there’s the water temperature to be considered. And the ratio of coffee to water. And the length of time the water is in contact with the coffee. And the coarseness of the grounds.

“What’s going to set us apart is the knowledge that goes into getting our beans and delivering a cup of coffee,” Ms. Blair said. “It starts with proper training. And exciting a passion in the baristas.”

Beetlebung’s baristas undergo a rigorous two-week training process, which includes a 54-page manual and a four-page training checklist. “It’s very technical,” said Ms. Molinari said. “There’s a science to it. You have to really understand what you’re doing, and you have to be able to troubleshoot and problem solve.”

And you have to do it all with a certain flair. The perfectly swirled “latte art” that each barista signs onto their espresso and steamed milk beverages is insurance that they’ve done their job right. “It’s not just cool looking and pretty, it’s also a control device for the coffee,” Mr. Charbonneau said. “You can’t make this beautiful thing if the components aren’t just right. The milk has to be aerated and textured just so, the temperature has to be perfect, the espresso has to be pulled right, otherwise it won’t work. It’s not just cool, it means your drink has been made properly.”

The evening drinks at Beetlebung are new to the Island, but they are crafted with the same attention to detail.

When vacationing on Martha’s Vineyard two summers ago, beverage consultant Jonathan Pogash noticed an empty storefront on Circuit Avenue that he felt would lend itself to an upscale lounge, so he offered his services to the Molinaris.

Mr. Pogash’s vision for the Beetlebung Oak Bluffs bar menu was a “farm to bar” concept. That includes using fresh juices, local herbs, and organic ingredients whenever possible. Mr. Pogash draws his inspiration from local markets, choosing ingredients in peak seasonality. “It really is about fresh ingredients,” he said. “It should look, taste, and smell appealing.” He added, “It’s the whole package deal. It’s not only drinks that taste nice, they have a nice presentation, there’s a story behind them, and it’s a conversation starter.”

Matching the drinks to the atmosphere of the lounge was key to designing the menu. “What always inspires me is the locale, the vibe of the place and the concept,” Mr. Pogash said. “Through many discussions with Renee and John, we were able to really focus in on what these cocktails should look like and taste like.” The decor, the music, and the lighting all influenced which drinks should be served.

Not to mention the food. “People are going to love how well the food works with drinks,” Mr. Pogash said. “It’s going to be seamless, you can order any drink so it will work with any meal. For those interested in food and drink pairings, it’s going to be awesome.”

Some of the cocktails offered at the new Beetlebung play off Mr. Pogash’s love for savory herbs. “The Flying Dutchman” uses a house blueberry-thyme syrup. Beetlebung is also offering an A&P cocktail (a nod to the building’s history as the home of the Atlantic and Pacific Tea Company), which includes muddled sage with an apricot peach house syrup.

In addition to creating the menu, Mr. Pogash trained Beetlebung’s bartenders to ensure quality control. “You can have the fanciest cocktail in the world, but your bartenders need to know how to make it right,” he said.

The training, which includes an emphasis on customer hospitality, will also cover cocktail history. “A lot of drinks are versions of classic cocktails, so it’s key to know where they came from and how to make them,” Mr. Pogash said. “We’re even using steel straws so the drink stays cold while you’re sipping it.”

Oh, and don’t think your caffeine buzz has to die when Beetlebung makes its shift to the evening lounge. The barbacks double as trained baristas, so orders for espresso cocktails can be expertly filled. 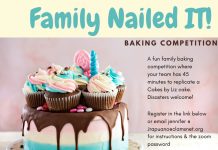 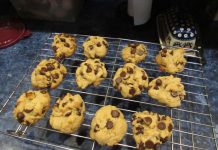