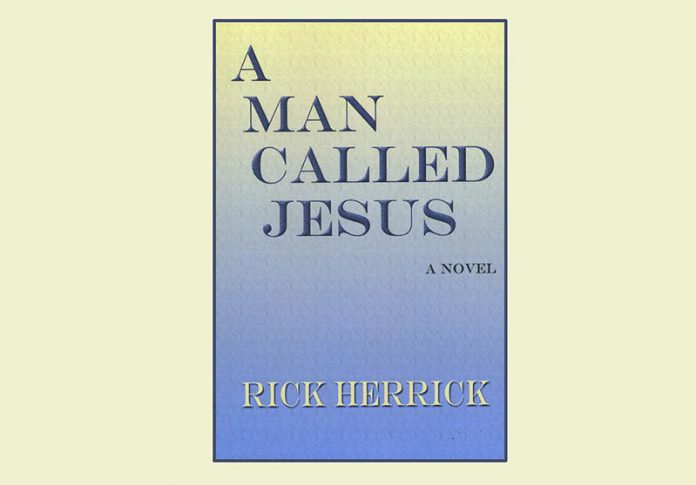 Jesus was a good guy living in an age in which goodness — at least in his hometown in Galilee — was in short supply. He may also have been a gifted teacher and healer who preached a message of love and service. Then he met with a bad end, not of his own doing.

In broad terms, that’s the takeaway provided by retired Tulane University professor Rick Herrick, PhD, in his newest novel, A Man Called Jesus. The book describes the life of one of the most famous people in history in an approachable style, using present-day language and dialogue that allows the reader to consider Jesus apart from ancient, and often hysterical, historical and religious chatter about who Jesus was. Mr. Herrick’s novel advises us that we need to focus on the message, not on the delivery system.

Whether Jesus was the son of God sent to provide salvation to us, as many Christ-based religions believe, is not the argument Mr. Herrick has chosen to have. Rather, he focuses on the Jesus message: love your neighbor and take care of him. And he challenges the assumption that the gospels and the bible are historically accurate documents. Along the way, he provides scholarly insight into the challenges posed by attempting to fit a 2,000-year-old life into 21st century value systems.

A former magazine editor, Mr. Herrick, a seasonal Oak Bluffs resident, is the author of three published novels: An Uncommon Woman, A Week in October, and Choosing Love. He has also published a work of nonfiction entitled The Case Against Evangelical Christianity. His musical play Lighthouse Point was performed as a fundraiser for the Martha’s Vineyard Museum in May 2013.

In past conversations, Mr. Herrick has shown up as a balanced, thoughtful man who is devoted to the concept that love, not rhetoric, is the answer. He is not the first or most famous to challenge the authenticity of ancient writings as the source of unwavering belief. In the 20th century, Joseph Campbell held that mantle most famously, making the case in several excruciatingly researched books, that the same ancient myths crept into the record of the lives of most of the masters in Hindu, Buddhist, Islamic, Christian and Judaic religious traditions, and a few even more ancient belief systems that I’d never heard of.

In A Man Called Jesus, Mr. Herrick sets the human theme from the get-go. The novel opens with Jesus and Anna, his eight-month pregnant wife standing naked under a waterfall, completely in love, talking about the impending birth of their first child. They are Palestinian peasants, eking out a bare living from his work as a quarryman chipping granite for the overlord Romans’ building projects. Most of what he and peasants like him earn are returned to the Romans in the form of taxes, essentially the future Middle Age feudal system.

He loses Anna and their daughter in childbirth and runs in anguish into the desert, walking for weeks in his grief. He meets biblical figures, including Mary of Magdala, and Lazarus and his sisters Mary and Martha, and a zealot named John the Baptist who preached hellfire and damnation without the redemptive act of baptism. The Romans put two in John’s hat shortly thereafter for rabble-rousing. Jesus is unimpressed with John’s message because he believes that is exactly what is wrong with religious teaching: too much damnation, not enough love and forgiveness.

At this point, I was moved to stop reading and to take a look inside. I hightailed it out of my Christian church as soon as I could because hellfire and damnation was the message I was getting. A pragmatic decision, really. I grew up in a tough place with angry, powerful people who would kick your butt if they were having a bad day. Worship a God cut from the same cloth? I don’t think so. I have since come to believe in a question Einstein once posed, that the Universe intends well for me. That would be universal love. Works for me.

What Mr. Herrick has done is to present Jesus as a man with whom we can identify without the background noise of two millennia of rules and wrangling about the biblical proof of his Godhead status. Mr. Herrick also shows us Jesus’s humanity as an unsure and initially unwilling teacher. That was his greatness: a willingness to suffer and die for his beliefs. Bottom line: his beliefs were about the sanctity of human life. He died for us and he didn’t have to be God to do it any more than Gandhi was god.

Fact is, having read this book, I like Jesus a lot better than I did when I thought he was part of a religious con. Jesus was a standup guy.