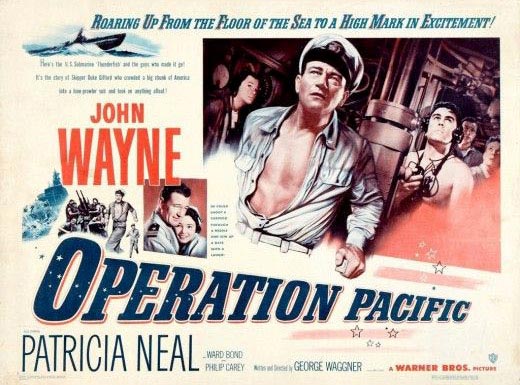 The late actress Patricia Neal, an Edgartown summer resident for over 30 years, will be honored on her birth date — what would be her 89th birthday, Tuesday, Jan. 20 — by Turner Classic Movies with showings of a number of her films. Ms. Neal, who died in 2010, won the first Tony Award for Best Actress in 1947, as the lead in Another Part of the Forestby Lillian Hellman, another longtime Vineyard resident.

The Kentucky-born Ms. Neal co-starred with Gary Cooper in King Vidor’s 1947 adaptation of the Ayn Rand novel The Fountainhead, and made headlines for her affair with Mr. Cooper, who was married. Ms. Neal’s career in Hollywood earned her an Oscar for her performance in Hud opposite Paul Newman in 1963. Other memorable screen roles came in Elia Kazan’s A Face in the Crowd in 1957 and in the 1961 film classic Breakfast at Tiffany’s.

Ms. Neal’s marriage to writer Roald Dahl produced five children, and was followed by a series of tragic events in her personal life. In 1960 her 4-month-old son Theo suffered brain damage after he was hit by a taxi in his baby carriage, and Ms. Neal’s daughter Olivia died at age 7 from measles-induced encephalitis in 1962. During Ms. Neal’s fifth pregnancy in 1965, she suffered several incapacitating strokes that left her in a coma and confined to a wheelchair until she relearned how to walk and talk, and was able to continue her acting career. An Oscar nomination for The Subject Was Roses followed in 1968. In 1971 Ms. Neal won a Golden Globe Award for Best Actress in her role as Olivia Walton in The Homecoming: A Christmas Story, which led to the popular TV series The Waltons. In one of her last film roles, Ms. Neal starred in Robert Altman’s drama, Cookie’s Fortune. She published her autobiography, As I Am, in 1988.

On the Vineyard Ms. Neal provided a memorable and much-beloved presence at many cultural events over the years. She helped raise funds for the Martha’s Vineyard Film Society by appearing at screenings of A Face in the Crowd and Hudin the West Tisbury Grange Hall and by participating in question-and-answer sessions after the films. Following renovations in 2011, the Martha’s Vineyard Playhouse, one of Ms. Neal’s favorite summer haunts, showed their appreciation for her support by naming the stage in her honor. She was a staple at the annual Possible Dreams Auction for Martha’s Vineyard Community Services, and in 2006 the “dream” donation of cocktails and dinner with the actress garnered $6,000 for the organization. Her death came at her Edgartown home on August 8, 2010, from lung cancer. She was 84.

Turner Classics programming of Ms. Neal’s films begins on Tuesday, Jan. 20, at 6 am with The Hasty Heart, co-starring Ronald Reagan; and Operation Pacific, co-starring John Wayne, at 11 am. Bright Leaf follows at 1 pm, co-starring Gary Cooper and Lauren Bacall; A Face in the Crowd with Andy Griffith screens at 3 pm; and The Subject Was Roses at 5:15 pm.