In a conversation with The Times, Mr. Sederholm said the committee seeks a leader with strong experience in planning. “Tremendous environmental changes are coming,” he said. “The long view is crucial. At the same time, the commission must focus on the regulatory issues facing them now. The executive director has the special role of supporting the commissioners in balancing the future with the immediate.”

Mr. Turner’s professional career spans 30 years, and includes extensive coastal management work in island environments such as the Florida Keys. For the past seven years, Mr. Turner has been town planner for Colchester, where much of his focus has been on land-use regulation.

“I have worked with town leadership to create a planning division that has become a model in development responses to identified issues,” he said in his cover letter.

Mr. Washburn received his M.A. in Regional Planning at UMass in 2004, and has put that degree to use. His experience in the field includes stints as senior planner at the Boston Redevelopment Authority and as planning director in Easton. He currently serves as assistant director of the state Office of Coastal Zone Management.

Mr. Washburn said, “I can offer the commission over 12 years of experience in both the public and private sectors. I am a skilled leader who can effectively manage and motivate staff and is capable of navigating a diverse political landscape in order to advance the commission’s vision.”

Mr. Temple is the only local candidate, a fact that he views as a strength. “All my professional and civic work on Martha’s VIneyard has been driven by a passion to sustain the Vineyard and keep it a special place,” he said. “To me, this position is an opportunity to pursue my passion at a higher level. Commitment and tenure are not issues.”

His resume includes nine years as executive director of the Martha’s Vineyard Donors Collaborative, which supports the nonprofit community. Among his civic commitments, he has served 16 years on the Aquinnah Planning Board, the past five as chairman.

Ms. Melino-Wender of Newport, R.I., is the current director of development for the town of Dartmouth, a position she’s held since 2010. She is responsible for community and economic development, strategic planning, and grant development. Previously she was executive director of the Capital Center Commission of Providence, responsible for design review, implementation of regulations, and coordination with all parties involved in the development of downtown Providence.

She said, “I understand the issues confronting community leaders and how to effectively work with community representatives, staff, business leaders, and various elected and appointed government officials.… I have extensive experience with the issues facing coastal communities.”

Ms. Melino-Wender holds a master’s degree in City and Regional Planning from Harvard School of Design.

The new executive director will preside over an agency with an operating budget of $1.5 million. Salaries and employee benefits, which include the cost of funding retirement benefits, lay claim to the largest share, $1.1 million of the MVC budget. The commission has 10 staff members. Mr. London earns $128,224 annually.

The bulk of the MVC’s income comes from Dukes County taxpayers through town assessments based on property tax valuation. All seven towns in Dukes County, which includes Gosnold, share the cost of planning, according to their relative property valuation. 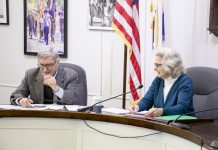 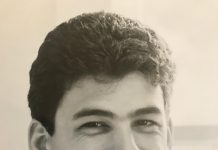