This past Saturday, the FARM Institute in Katama, Edgartown, hosted the first Farm. Field. Sea. (FFS) event of the season, centered around the art of cheesemaking. As described by creator Nevette Previd, these Island culinary adventures feature an array of local food, hands-on learning, and a behind-the-scenes look at food on the Vineyard. FFS events are created to promote local food through interactions and demonstrations with farmers, fishermen, food purveyors, and chefs. These one-of-a-kind, knowledge-driven learning experiences encourage participants to see, taste, and know the Island in a new way, by intimately watching how local food gets to the plate.

“I’ve traveled a lot, and I love these immersive, educational, hands-dirty programs,” Ms. Previd explained. When she isn’t bringing together Island craftspeople, locals, and visitors to celebrate the local food and traditions, she runs the Living Local Harvest Festival in October. As she put it, “Part of Living Local was to allow [craftspeople] to tell the local community, ‘Hey, here’s what we do.’ I felt like for FFS we’d take it to the next level, where it would allow you to come to their farm — come to their place of business, to see how passionate they are, get your hands dirty, pick your food, make your food, sit down and eat amongst people, and talk about it.” And that is precisely what she created. Ms. Previd likes to think of it as a way of “telling the story of the Island” through good food, memorable experiences, and interesting people.

Last Saturday’s venture did just that. The group of 15 participants took turns sharing stories and creating memories while learning all aspects of the cheesemaking craft from the Island’s best: the history, the how-to, and the hands-on. The day culminated with the “adult farm campers,” as Ms. Previd playfully referred to the group of participants, making mozzarella under the guidance of Jacqueline Foster, head cheesemaker at the Grey Barn Farm’s creamery. The daylong event also featured breakfast, Chilmark Coffee, and a tour of the FARM Institute by executive director Jon Previant and education director Tim Connelly.

The farm tour was quite expansive, as the farm covers about 162 acres in Katama, an impressive lot of food-bearing land. Mr. Connelly kicked off the tour with an introduction to the Friendship Garden, a half-acre plot planted with a multitude of edible plants that garden manager Rebecca Sanders seeded, transplanted, and now continues to tend. The garden is open to the public, with wide clamshell pathways meandering throughout.

After the garden tour, the eager group met Ms. Sanders in a wide greenhouse for a peek at where the seedlings first break the soil in the early spring. Inside the greenhouse, Ms. Sanders had just discovered a famous spring peeper, otherwise known as a pinkletink, sitting in the shade beneath a pot. Once the excitement died down and the amphibian was sufficiently documented, the group moved toward an outdoor garden known as the Hopp House. The Hopp House is one of Mr. Connelly’s experiments, consisting of an outdoor garden surrounded by a wooden structure used to support vines. Mr. Connelly has strung twine on each string and planted hops at the bottom, with the intention that as the hops’ vines grow, they will wind their way up the structure, eventually entwining the structure in bright green leaves.

As the group reconvened at the FARM Institute’s main barn, guests were invited to climb into a tractor-drawn trailer, which Mr. Previant maneuvered through the fields. Meanwhile, Mr. Connelly spoke about the livestock, noting that the farm’s bull, Ziggy, “has eight girlfriends.”

The day peaked with an educational ricotta- and mozzarella-making course led by Ms. Foster. As a gallon of raw Grey Barn milk slowly heated to just below a simmer on the stove, Jacqueline introduced herself and her history with cheesemaking, describing the chemistry of cheese and the eight stages of cheesemaking. Once the milk was near boiling, she added ⅔ of a cup of lemon juice, and almost immediately, curds began to form in the hot mixture. Within minutes the consolidated milk was spooned into cheesecloth, ready to be enjoyed.

The group tasted the ricotta, and took mental notes while watching Ms. Foster expertly turn thin slabs of curd into fresh, elastic mozzarella balls. Then it was time for the laymen to try their own hands at the process. The participants partnered up and, using metal bowls to retain the heat, began to slowly add first cold, and then hot water to the cheese curds to slowly heat them. With every dousing of hot water, half of the cooler water was removed, to properly acclimate the curds to the heat. Eventually, the curds changed from breakable to bendable, and bendable to stretchable. As the cheese began to develop a sheen beneath the water, the partners took turns first stretching, and then forming small, fist-sized balls of mozzarella.

A farm-fresh lunch featuring a zesty farm salad complemented a cheese tasting with Eidolon, Prufrock, and Bluebird from Grey Barn, along with two others from different New England creameries. All featured unique and bold flavors enjoyed alongside two tasty soups that Ms. Foster had also prepared.

And just in case a lesson on how to make cheese and enjoy the unique flavors of the varieties wasn’t enough, there was also a tutorial on crafting the perfect cheese board too. As a writer, it’s not every day that you get an assignment that takes you to an out-of-the-way venue to eat and explore the day away, and what a lovely day it was; at the farm, in the field, by the sea.

Ms. Previd will host three more Farm. Field. Sea. events before the summer is through, each with a specific, unique focus and featuring new, friendly faces. Beyond these events, which cap at about 20 guests, Ms. Previd hopes to begin scheduling private events for parties and groups.

Ms. Previd looks to expand her web of collaborators, and often asks those she works with for ideas on who next to incorporate. She noted, “First and foremost I look for storytellers. I met Jim Athearn [of Morning Glory Farm], and he was one … Jon Previant. These people just have an inherent, gut passion for what they do, and an incredible amount of knowledge to share.” 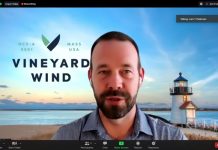 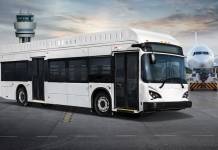 SSA climbs aboard the electric buses