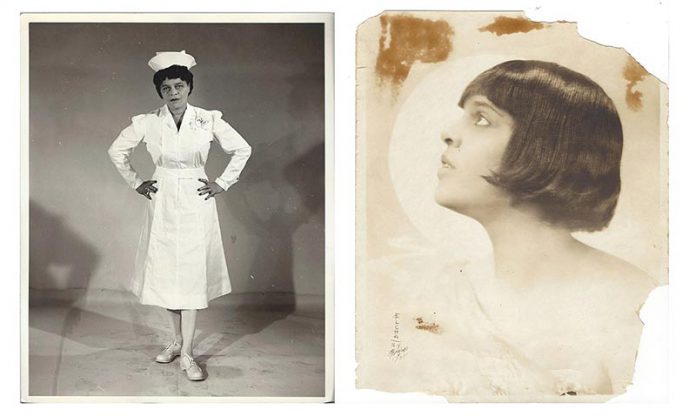 “From now on, I’m to be what I’m to be,” said Emma Maitland, then only a very young woman, in the early years of a life already filled with challenges and upheavals. It is not common to hear a young woman make such a strong, determined declaration, much less a young African-American woman, as Emma Maitland was, living in the early 1900s, a time when racism was rampant and entrenched in this country.

But Emma Chambers Maitland, who will be celebrated this Sunday, June 28, by the African American Heritage Trail of Martha’s Vineyard, was a most unusual woman. Her extraordinary life will be commemorated with an ornate plaque placed on her Oak Bluffs vacation home, to be designated the 26th site on the heritage trail.

Emma Chambers Maitland was determined to be an exception to all the rules that limited the choices available to young black women in her time. Information gleaned from her nephew, Frank Chambers of Atlanta; Oak Bluffs neighbors; and a priceless journal where she recorded her innermost thoughts as a young woman leaves no doubt but that she succeeded. Without letting fear and stereotypes hold her back, Ms. Maitland built a dynamic, richly varied, and colorful life for herself, a life packed with achievement and adventure, one that any modern woman would be glad to embrace.

Though her beginnings were harsh — a poor sharecropping family in Virginia, expectations of a life of menial farm work, and no encouragement to better herself — she forged ahead on her own. She fought to become a teacher, and traveled abroad as a stage performer, only to become a champion boxer, danced on New York City stages, and later fulfilled another burning ambition: to be a nurse.

“Just hearing her story makes you realize anything is possible for anyone,” said Elaine Cawley Weintraub, co-founder with Carrie Tankard of the trail 20 years ago. “She took life by the throat and didn’t accept limitations, whether gender, ethnicity, the racism of America in that time period.”

Scenes highlighting Emma Maitland’s top achievements have been immortalized by artist Barney Zeitz in the striking 14-inch by 19-inch plaque that will adorn the modest Dukes County Avenue house that was once her vacation home. The unique design features a stainless steel border with images of Emma Maitland as boxer with gloves raised and ready, dancer with limbs extended, nurse, and teacher emerging from the background.

Headlining the text are Ms. Maitland’s own confident words: “I can teach, sing, act, dance, box, wrestle, or nurse — which would you prefer?”

Jane Chambers was born in 1893 into a sharecropping family, tobacco farmers descended from slaves. She had seven brothers, and a father who discouraged her from aspiring to a better life. Describing her brothers as “rough country folk who had no way of improving themselves mentally, physically, or financially,” young Jane was determined to be different.

After recovering from a tree-climbing fall, she enlisted support from a local priest who encouraged her to study, and despite her father’s protests, went to his convent to become educated. Though returning home when her mother fell ill, the plucky young woman took a test qualifying her to become a teacher. Against family opposition she left to become a teacher, declaring, “I am through killing tobacco worms.”

After teaching for three years, she left the farm, Virginia, and her old life for good, changing her name to Emma, traveling to Washington D.C. to seek broader opportunity. There she met Clarence Maitland, a medical student at Howard University. A whirlwind romance led to marriage and the birth of a daughter, but ended tragically with Clarence’s death from tuberculosis.

“Within one year, I was a fiancée, a wife, a mother, and a widow,” reflected Emma Maitland in her journal.

Like many African Americans of that time, Ms. Maitland headed for Paris to live free of racist barriers and seek ways to support herself and her baby girl. On stage at the Moulin Rouge she danced, and later teamed up with another performer for a boxing skit. But although it began as a creative stage attraction, Ms. Maitland began to pursue boxing seriously, training, competing, and eventually being named the world’s lightweight female boxing champion. After her retirement from boxing, she continued to wrestle, and taught dance and gymnastics in New York City, advocating a healthy lifestyle.

Back in New York City, Ms. Maitland was involved in the Harlem Renaissance movement. She appeared in Shuffle Along, the first Broadway show written, produced, and performed by African Americans, and performed at the legendary Apollo Theatre. A believer in women’s rights, she even became a bodyguard for a well-to-do woman. Later she pursued another longtime dream, and trained to become a nurse.

Again, like other African Americans seeking respite from racism she came to the Vineyard, one of the few U.S. locations where diversity was welcomed.

Jacqueline “Jakki” Hunt of Oak Bluffs, former Martha’s Vineyard NAACP president, recalled an incident years long past when she was growing up here, an incident that exemplifies Emma’s feisty courage and sense of right. Fondly remembering Emma as an independent girl “wearing braids when no one was wearing braids,” Ms. Hunt said Emma came to her rescue when boys were teasing her on the beach. Emma, who was several years older, drove the bullies away, encouraged the little girl, and taught her to swim.

After a rich, full, triumphant life of overcoming, Ms. Maitland died in 1975 at age 82.

“Emma Chambers Maitland embodies all that our organization values,” wrote Ms. Weintraub in the newly revised book African American Heritage Trail of Martha’s Vineyard. “She is an incredible role model for young women who wonder about their own possibilities, and for all people everywhere. In an age when for a young woman of color born into poverty the possibilities were very limited, she broke all the rules, and her courage and talents deserve to be remembered.”

Ms. Weintraub said that many of those who are chosen by the Heritage Trail accept the honor modestly. “But I’ve got a feeling this lady would say, ‘It’s about time!’”

Much of Emma Chambers Maitland’s biographical information in this story was compiled by Elaine Cawley Weintraub in African American Heritage Trail of Martha’s Vineyard.
Dedication Ceremony

The ceremony will feature comments by Frank Chambers, Ms. Maitland’s nephew, and other relatives. Following the unveiling of the commemorative plaque by Barney Zeitz, participants are invited to gather at the home of Jacqueline Hunt, 62 Nashawena Park, Oak Bluffs, for refreshments and conversation.

The ceremony marks the 26th site on the Heritage Trail, begun on the Island in 1995, with the dedication of the Shearer Cottage. The trail now honors a number of individuals as well as several groups and marks buildings and locations significant in the lives of African Americans on the Island.