If you’ve ever had a slice of great pie on-Island, it might have been baked with love by Chrissy Kinsman of Pie Chicks. She recently shared how her dream of pie began, and the secret behind what makes a great pie.

My grandmother raised 11 children in a 1,200-square-foot house. Biscuits and pies for her weren’t a treat — they were a necessity. Flour and lard were cheap. She used to cut her flour in with two knives and cut out her biscuits with a juice glass. There were always biscuits at Grandma’s. And if you were lucky, there was pie. When she died and my mom gave me her rolling pin, I felt like someone had handed me a magic wand.

You’ve been baking for over two decades, yet Pie Chicks is fairly new in town (three years coming up). What pushed you to open your own food business?

It was definitely one of those moments where the stars aligned and everything fell into place. I was complaining one day to my husband about my job, and dreaming about making pie for a living. The very next day he came back and told me his friend had a commercial kitchen and needed pies for his business. It was four months from saying it out loud to it becoming a reality. I’m so grateful I was complaining that day! I had been doodling the logo, and bought the domain name before I knew anything was certain. It feels good to follow my heart. I’ve always loved baking. What a gift to be able to do it every day.

You must have noticed a lack of great pie on-Island and went from there, right? How was the buzz created for the brand?

I created and sketched the logo myself, and people were really drawn to it off the bat. I was fortunate to have good placement at Fiddlehead Farm my first year, and Cronig’s has been very helpful and generous as well. I was told that a lot of people were introduced to Pie Chicks via potlucks. It’s a pretty common thing to bring a pie to a party. I didn’t do much advertising in my first year, so most of it was word-of-mouth. It turns out people love pie as much as I do!

What makes a really good pie?

Butter. Lots of it. But mostly technique. I could give four people my recipe with instructions, and we would end up with four different crusts. It’s easy to overwork pastry, and that makes it tough. It wants a gentle hand. I usually tell people not to mix the ingredients, but rather “introduce them” to each other. Less is more with pastry. And patience. Lots of patience.

Where do you source your pie ingredients from? Any local sources worth noting?

I really wish I could say that all my ingredients were local, but when working in a production setting, consistency is everything. If I relied on local sources exclusively, I wouldn’t be able to make a consistent product. And I want people to always know that when they buy a Pie Chicks pie, it will be as good as the last one they bought. I do source rhubarb from Breezy Pines Farm and Fiddlehead Farm, and strawberries locally in the summer whenever possible. But mostly I use IQF (individually quick-frozen) fruit so I can guarantee a consistent product.

What’s one thing people might not know about the pie-making industry?

It gives you really strong biceps.

Blueberry is our most popular seller, followed by strawberry rhubarb. My personal favorite has always been pumpkin. It’s nostalgic for me, and it was special because we really only had it once a year. I love that now I can take one home whenever I want!

Where can Islanders buy your pies year-round?

Year-round we are at both Cronig’s markets and Ghost Island Farm. Seasonally we are also at Fiddlehead Farm, Edgartown Meat & Fish, Katama General, 7a, and the Homeport, and we have cookies available at the Film Center, Bad Martha, and the Chilmark Store. We are at the West Tisbury Farmers Market, both summer and winter, as well. That runs until around Christmastime.

If you had to make the quintessential “Martha’s Vineyard” pie, what would the ingredients be?

Great question. I think I’d like to make a beach plum–huckleberry pie. We have an amazing amount of huckleberry around our house. And when it slows down in the fall, I’d actually have the time to pit all the beach plums. Now I want one. Thank you for the inspiration! 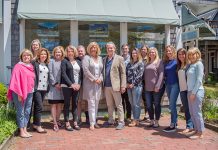 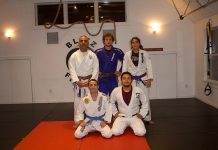 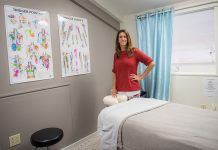