When Chilmark Coffee founder Todd Christy was growing up, the coffee he was most familiar with was Maxwell House — it was what his parents percolated at home. Little did he realize that coffee would play such a big part in his work and life. The MVTimes recently asked him a few questions about his trip from there to here.

Have you always loved coffee?

I had no experience of anything beyond that regular cup of joe until my college roommate’s mom began serving a special brand of coffee at her stall in a country market. Later, when I went to art school in New York, I quickly noticed that everyone wore sunglasses and a Walkman, and everyone drank coffee. So I developed a different awareness.

Starbucks started, and they brought us all amazing coffee, and I drank that for a while. About eight years ago, a friend introduced me to different coffees from smaller roasters. Before that I had never imagined drinking coffee from Rwanda. I did not even know where Rwanda was. A coffee that tasted a little like grapefruit — who would want to drink that? It opened up a different world.

How did you wind up a roaster of gourmet coffees?

I needed to make a little extra money. A friend of mine and I would talk all the time, and we were wondering what would be a fun thing to do on the Island. And coffee came up, and he said, “You should just start roasting coffee, man,” and I was, “Yes, how hard could that be?” I literally ordered a small roaster and began roasting small quantities of coffee.

What don’t people understand about the world of coffee?

The world has a shallow idea of what it takes to get a cup of coffee into your hand, and I had that misunderstanding too. I did not know that 90 percent of the coffee in the world is still picked by hand by people who are making no money. I went from someone who had no idea about that to someone buying from direct-trade partners who are paying farmers a lot more money than they used to make, and I think that is really important.

There is a lot of inexpensive commodity coffee out there, and when you are roasting a high-end specialty coffee, it has a value and a price for many reasons.

What is the difference between commodity coffee and the coffee you sell?

Coffee is the No. 2 traded commodity in the world. Oil is No. 1. It’s a huge industry. On the low end, there is cheap coffee, picked by machines, that goes all over the world. Starbucks, Folgers, Maxwell House — they buy massive amounts of coffee, which is not sorted to assure that it’s ripe. It is often flash-roasted at a high heat, which removes the nuances in the cup.

I grew up on that coffee. It’s not coffee that has been cared for, it’s just a product. It’s over-roasted to hide the imperfections, and sometimes even bleached to take away the bitterness.

In contrast, the coffee you sell gives more back to the farmer who grows it?

I would much rather know that the farmers are using less water, and that they are making a living wage. Are they using water in a climate that has no water? What kind of burden is the coffee you drink putting on the environment?

If it were a small thing that only a few people used or needed, it would not bear this scrutiny. But there are a lot of differences between coffees — environmental, human, economic, health, and taste.

Your coffee comes from a small farm all the way to Martha’s Vineyard, and you roast it carefully to bring out all its subtle flavors. Do you find that customers here care about these distinctions? Or does it just boil down to a good cup of coffee?

For some, it’s like a drug. I have to wake up and have it. After a while, maybe people want to try a coffee from Rwanda or Burundi.

Here we sell a lot of coffee. Our first year here, we sold 6,000 pounds; the second it more than doubled, and we expect to sell in the high 30s this year. We are part of an overall shift where you see the big chain stores losing customer base to local craft suppliers. So long as price on shelf is not “you have got to be kidding me,” a lot of people are interested in trying what’s out there.

I’m always surprised at who comes up to me. There was a guy at the Farmers Market. He told me, “This is a really good cup of coffee.” Turned out he was on the board of directors of Dunkin’ Donuts.

How often do you roast coffee?

In summer, we’re roasting from 8:30 am to 5:30 pm every day. And if I have special coffees that take focus, I’ll roast from 9 to midnight. I’m just listening to the roaster and smelling it, and then the next day, I try them, and go back and try to tweak it, like a chef. I like the mad-science part.

Whatever I brew, my wife, Jennifer, tastes. We’ve been married for 25 years. So her question is always, “Is it yummy? Or not yummy?” People want a yummy cup of coffee. 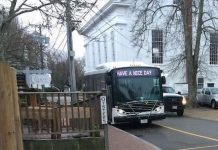