Twelve years ago, we jumped into the Mansion House pool wearing blue foam flotation belts, and turned our attention to the tall blond woman standing on the deck: Leslie Craven, our new water aerobics instructor. Since then, we have traveled together for more than a decade, improving our physical fitness and becoming a tight social group.

When Leslie, a nationally ranked competitive swimmer, moved to the new YMCA pool, we went with her. There, her small original group expanded to six large classes, with a waiting list in summer.

Those of us in the group have lost family and gained grandchildren, and even some new surgically implanted body parts. We’ve grieved together, celebrated together, and encouraged one another through long, painful physical rehabilitations. We know one another’s stories. We have become a family.

Leslie was the first to welcome us into her own family. She sent us to the Tisbury School production of “Peter Pan” to watch her then grammar-school-age son fly through the air, with a little help from overhead wires. Now, years later, he works at a Boston law firm. We’ve followed his journey through school, first dates, and a year in Greece.

Our first celebration together came when Al Badger learned to swim. One of the Mansion House originals, the retired educator hid well his inability to swim. Swaddling himself in enough flotation gear to float a small boat, Al braved his way into the deep end of the pool, but word soon got out: Al was no swimmer. After a few private swim lessons with Leslie, Al developed a strong graceful stroke, and today teaches others to swim.

For those recovering from orthopedic surgery, we celebrated each day’s progress. They came back to the pool in pain, and sometimes in tears, and we supported and encouraged them as they healed.

We are cohesive as a group because we know we are physically safe in the pool and emotionally safe among one another. Leslie keeps us safe while exercising: Her expertise is in sports physiology. If you do it this way, she demonstrates, you will hurt yourself. Alternatively, she demonstrates how one can safely build muscle and flexibility.

In the pool, we are safe socially because we support each other. Although we share a great deal about ourselves — whose dog took a blue ribbon at the Ag Fair, whose husband is suffering from Lyme disease, whose horse is ailing, whose cat is about to drop another litter of kittens — we are not mean-spirited. This is no kaffeeklatsch of small-minded gossipers. Our mutual respect for one another is enormous. In order to improve ourselves, we know each of us is capable of getting out of bed while it is still dark outside and making our way to a cold pool and equally cool dressing room and working hard in the pool.

We help each other. Bricque Garber, speaking of her catastrophic losses this year — the death of two sisters and one grandchild — said the water aerobics class was the only place she could consistently show up. “The water supports me physically,” she has said; “class members support me emotionally.”

Another loss hit the class hard: Anne Berry’s husband, Dan Greenbaum, died this fall. His memorial service is not scheduled until next summer, when his Menemsha sailing buddies return. But on Anne’s first day back, a spontaneous little memorial developed in the deep end of the pool, where Dan used to move in time to the music. We had followed for months the ups and downs of his cancer treatment. And we were all in love with their love story: College sweethearts who married others, the pair reunited and married 53 years later. But that day in the pool, Anne shared something new.

While Dan’s health deteriorated from the cancer that would eventually take him, he wrote a memoir — his adventures as an engineer traveling the world. When the memoir was complete, so was Dan, and he died surrounded by his family.

The pool provides therapy for caregivers, those noble women who lovingly care for their ailing husbands as they suffer the ravages of old age. They arrive at the pool deeply frazzled and depart refreshed after an hour of therapeutic exercise and a chance to vent in a safe environment.

Springtime brings back the seasonal members of the group. When Barbara Walker, the oldest member of the group, emerges from the dressing room on the arm of a granddaughter, we breath a collective sigh of relief — she has made it through another winter.

Jim Kaplan, author of many, many baseball books, tries in summer to explain the Red Sox to us, as the ball club provides ample opportunity for both grief and celebration.

We support one another’s business ventures. When Kathy Poehler’s career veered from kindergarten teacher to seaweed artist, we went to her exhibitions at the Old Sculpin Gallery and bought greetings cards displayed in the Y cafe. When Mei Thayer marketed her MV Kimchee — the spicy fermented-cabbage Korean condiment known as a powerful antioxidant — we bought it at the Net Result. When I grew out of my greenhouse last April, members of the class bought heirloom tomato plants out of the back of my truck.

That’s what family does. 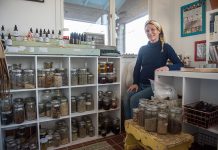 Little glass jars: I know you’re good for me, but what are you? 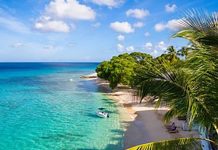 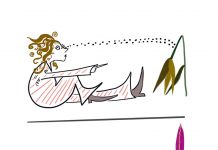 Interior redesign for the mind