West Tisbury voters will gather Tuesday to take action on a $17,498,124 operating budget for fiscal year (FY) 2017 and a 42-article annual town meeting warrant, against the backdrop of unhappiness over rising municipal costs and a rejection of the budget by the town finance committee.

Town meeting begins at 7 pm at the West Tisbury School. Two days later, voters elect town officers and take action on one Proposition 2.5 request. The polls are open from 7 am until 8 pm at the West Tisbury Public Safety Building on State Road in North Tisbury. There are no election contests. One notable change is that after 24 years of town service, Sharon Estrella is not running for re-election to the finance committee. Chuck Hodgkinson will seek her seat, unopposed.

It appears that West Tisbury voters get to choose a new public structure to build or rebuild every few years at town meeting. This year is no exception.

Voters will be asked to borrow $857,500 for a new highway department building to replace the unsafe and inadequate wooden structure on Old Courthouse Road. The request appears as a Proposition 2.5 override question.

West Tisbury’s debt service will increase from $894,351 to $986,202 if the new highway department building is approved.

The new highway department garage would be built behind the new police station, finished in 2014, behind the new fire house on State Road in North Tisbury, circa 2000, a couple of miles from the newly rebuilt and expanded town public library, 2014, behind the refurbished Howes House, 1990s, which is practically across the street from the town hall, renovated in 2009.

Voters will be asked to spend $60,000 for a new roof for the Howes House, and another $68,000 for a new highway department truck, presumably to store in the new garage when not in use.

By a unanimous vote, the finance committee (FinCom) did not recommend the budget. The FinCom also voted to not recommend a request to allocate $160,000 as the town’s share of the rebuilding of the playground at the West Tisbury School, article 42 on the warrant.

The FinCom position on the budget is outlined in an Op-Ed that appears in this week’s issue of The Times and addresses a steady rise in taxes tied to the overall rise in municipal spending.

“After a period of relatively moderate growth between 2007 and 2012, the tax levy for the Town of West Tisbury has risen steadily and dramatically over the past four years,” the FinCom said, pointing out, “If you are the owner of a $700,000 home in West Tisbury, your property taxes have increased over the past four years respectively $238, $105, $210, and $245, for a four-year increase in property taxes totaling $798.”

The FinCom cited the following key factors: municipal salaries and benefits; and an expansion of programs and services. And the FinCom placed responsibility for those increases at the feet of voters: “There is a tendency at town meeting for the voters to view the budget through the narrow lens of discrete proposals enumerated on the warrant without looking at the aggregate, long-term consequences of their approval … While we, as your representatives, may urge all those submitting budgets or warrant articles to seek greater efficiencies in order to reduce costs, ultimately it is you, the voter, who has the power to rein in spending through your vote. Tax increases don’t just happen; they are the result of conscious, cumulative votes taken on the floor of town meetings.”

School costs, in particular the costs apportioned to West Tisbury, are expected to be a focus of discussion. A school task force West Tisbury selectmen appointed last year will recommend that the regional agreement for the Up-Island Regional School District (UIRSD) be renegotiated so that Chilmark assumes a greater share of the Chilmark School’s operational costs, according to selectman and task force member Richard Knabel.

The education component of the budget, which includes the town’s portions of the UIRSD, the Martha’s Vineyard Regional High School, and the superintendent’s office, is 56 percent of the town’s total expenses, at $9.8 million.

The public safety budget is up this year from $2 million to $2.1 million, reflecting personnel cost increases, a 6 percent increase in the police budget, and a new position in the building department.

The library budget will increase about 5 percent, to $705,585, if approved. The increase includes a new staff position.

Town accountant Bruce Stone told The Times, “Employee health insurance costs are up overall a fairly good percentage [from $698,000 to $783,000], due to increasing premiums and the proposed new positions.” He also said, “There is a new line item in the budget this year for ‘town electricity,’ because of the complexity due to the solar array at the landfill.“ He said that the town is centralizing the accounting of electrical expenses and budgets, pulling them from the individual buildings and departments’ line items. 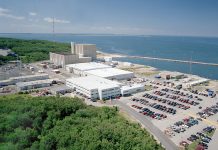