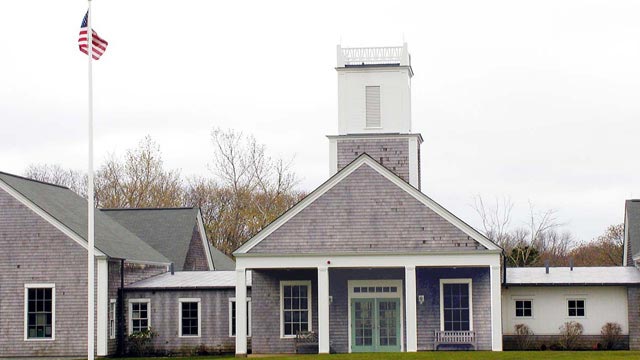 West Tisbury selectmen met last week and received the findings of a school task force that said while it would make economic sense to close the Chilmark School, or to withdraw from the Up-Island Regional School District (UIRSD) as a last resort, the recommended course of action and the most tenable is to revise the regional agreement and “shift more of the Chilmark School costs to Chilmark.”

The West Tisbury selectmen appointed the seven-member committee in late summer 2015 “to address the issue of an unfair distribution of costs in the UIRSD, and what might potentially be done about them.”

The nine-page report presented to selectmen last Wednesday examines the history of the UIRSD, the political calculus that underpins school spending decisions, and West Tisbury’s growing unhappiness with its share of the district budget.

By way of background, the report said, “As a result of the expanded capacity at the West Tisbury School (due to a multi-year drop in the Up-Island Regional School District’s (UIRSD) enrollment within 10 years of the District’s formulation), it is possible, if not feasible, to close the Chilmark School, house all the District’s students in West Tisbury and provide operational cost savings to the taxpayers of all three towns.”

The report buttresses its findings with an analysis of cost increases by town accountant Bruce Stone. These included a comparison of the UIRSD site budgets for the Chilmark and West Tisbury schools with the other K-8 districts on the Island.

“The higher staffing levels result in a significantly higher amount of per-student cost. It also showed that much of the higher levels of staffing were in administrative, facilities, and specialists, where duplicative functions had to be provided at multiple sites.”

The report said, “The Task Force, based on data provided and anecdotal evidence, concluded that there is a cost to providing duplicative services caused by maintaining two school sites.”

Mr. Stone provided an estimate of those costs. “Using Draft number 6 of the proposed FY2017 UIRSD budget (the latest available), it is calculated that the operation of the Chilmark School is costing the District a minimum of $659,619 and a maximum of $1,489,738. While Chilmark does pay the largest assessed share of these costs, a significant portion of these additional costs are assessed to the towns of Aquinnah and West Tisbury.

“Mr. Stone informed the Task Force that the actual amount of additional cost is most likely closer to the maximum than the minimum level.”

The Task Force said the best option at this time is to shift more of the Chilmark School costs to Chilmark: “Therefore, the Task Force recommends that a dialogue be initiated between the three towns, perhaps under the auspices of the Superintendent, to revise the Regional Agreement with respect to the distribution of the District’s operational costs, specifically such that Chilmark would, over some time period, assume a greater share, or perhaps all, of its school’s costs.”

It added, “The Task Force view is that withdrawal from the UIRDS always remains an option, perhaps as a last resort, but that other remedies should be pursued first. Therefore recommendation option four (Commission a new funded external study to examine the complexities and implications for West Tisbury exiting the District) should be considered at such time as negotiations to resolve the inequity of the District’s operational costs fail to achieve the desired results.”

“The data speaks for itself. The cost of the school, whatever it is, is borne disproportionately by West Tisbury,” co-chairman Susan Silk told selectmen last week. “The findings here scream for change.”

“I think it’s a phenomenal report. I think you guys did a great job with this,” selectman Cynthia Mitchell said. “I especially like the leanness and simplicity.”

Ms. Silk said what was missing from the report is a timeline to create urgency. “That was deliberate,” selectman Richard Knabel, a member of the task force, said. “It’s my understanding that the people in Chilmark are ready to sit down and talk about this.”