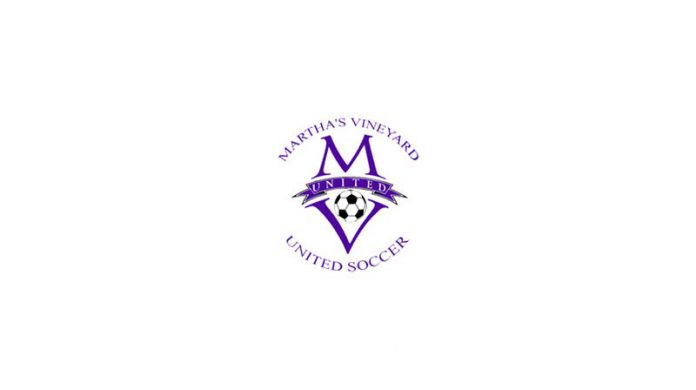 The U14 girls had an exciting win on Saturday against Sandwich. Down 1-0 for the entire first half, the girls were motivated to get on the board. A beautiful feed from Alexa Pil to forward Klara Reinman gave her a breakaway to goal. She made an exceptional goal to tie the game. With the goal came energy and momentum from the girls, and within three minutes Madia Bellebuono made a beautiful goal to secure the win.

Over the past few seasons, Falmouth has always been a tough opponent. Saturday’s contest was no exception. The halftime whistle blew with the Vineyard down 0-2. After a midgame talk from Coach Adam Smith, the Vineyard came out strong. Emanuel Silva scored on a penalty kick. That was the spark the boys needed. Jaiden Edelman took a shot that flew over the goalie’s head and bounced in the net. Both teams battled for the lead, but MV notched a goal to secure a come-from-behind victory. The U14s finish their regular season with a 7-0-1 record, and prepare for the Cape Cod Classic Soccer Tournament over Memorial Day weekend.

The MV United U11 boys team got back on the winning track with a come-from-behind win over Falmouth at home on Saturday. The team was down 2-0 late into the second half, but a strong performance by Nick BenDavid helped keep the Vineyard close. Nick Rego came up with a couple of beautiful saves that prevented Falmouth from extending their lead. With five minutes to go in the game, Ryan Koster scored a hat trick, which led to a 3-2 victory for MV.