Last month, I found two faded envelopes in a box of old photos and documents that had sat among the clutter in my basement for years. The moment had come to sift through the few remaining contents of my father’s life — he died on March 17, 1993 — that I had tucked away in a corner. The letters were addressed to Sheldon Sigelman, radioman 3rd class, care of the Fleet Post Office, San Francisco, California. The three-cent stamp still affixed to one letter showed an eagle, its wings up, spears clutched in its talons, with a banner across its chest that read, “Win The War.”

At the time the letters were mailed, my father was a radioman aboard the U.S.S. White Plains, an escort carrier, commissioned in November 1943 as the industrial might of the United States ramped up to turn the tide of war.

Henry T. Seaborg and his wife Agnes Seaborg of Lockport, Ill., were the letter writers. Prior to his transfer to the Pacific, my father had served with the Seaborgs’ son Don aboard a PT boat out of Naval Station Mayport, Fla., part of the Jacksonville Navy complex where hundreds of pilots were being trained for combat duty in the Pacific.

Their job was to rescue pilots or recover their bodies. My father was 22 years old. A native of Worcester, and as was true of millions of young men of his era, it was his first time from home.

My father came home with no medals. He did not participate in any great battles. He answered the call of his nation, did his job, and returned home — always mindful that others did not.

The Seaborgs were part of mainstream America. They did what they could to support the war effort, and worried every day about what the future, or the postman, might bring. They had not met my father when they wrote these letters, and never would.

More than 70 years later, and with our nation still engaged in the longest war of its history against an implacable foe, these letters evoke a moment in time when all Americans shared in the sacrifice of war.

‘You will be my boy too’

Dear Sig, Tonight I’m going to drop a few lines to you. I had a letter from Don yesterday, and he sent your address. I had lost it, and you never did get those cookies I promised you. But I will make some this week and mail them to you. So sorry to hear your mother passed away since I heard from you, but that is one thing we just can’t understand. Of course, there is one thing one never has, a lease on life. God gives, and God takes. You would never want her to go thru this treacherous world again. She is in a wonderful place, and her work is finished. Just read the 23rd Psalm. It is a great comforter.

Sig, I’ll have to adopt you as a boy of mine now. Donald just thinks the world of you, and what he likes I know I would like, so from now on you will be my boy too.

We are having cool weather here. I think it will rain tonight. We had quite a frost the first of the week. I’m afraid it touched the fruit trees.

It looks like the war is mostly over in Europe. I only hope it ends soon at both places. I am wondering where you are located at. Give me a clue if you can. I have 9 nephews in service. Donald makes 10 and you 11. Quite a few, isn’t it? Ten in Navy and 1 in Infantry.

Don’s Dad is working tonight. He works at a large munition plant, and they are very busy there.

Well Sig, I’ll send your cookies so be on the look-out for them. I hope this letter finds you well and write when you find time.

Hello, sailor! I’m taking the liberty of writing you a few lines as I don’t feel you are a total stranger to us. Our boy Don has told us a lot about you. He says you are the finest fellow he met in the service and feels pretty bad that you fellows are separated now.

Our object in writing is to tell you we mailed you a box of homemade cookies as we were told you were fond of them. I have a pretty good idea on what a little difference cooking means aside from regular chow. I went to France in the other war, and anything different from that everlasting ‘slum’ or hardtack and salmon sure went over big.

We want to thank you for handling Don’s equipment when he was home on leave and mailing it home. I don’t know if my wife wrote and thanked you or not. I’ve not been doing a lot of writing. I’ve been working pretty long hours, several days a week, so a little rest when I get home feels good. I got ‘nicked’ overseas last time, and I’m also getting pretty well past the 50-year mark so I’m not trying to kid myself anymore that I can keep up as I used to.

I wish you fellows could have stayed together. In almost every letter Don says he misses ‘Sig.’ I had a similar experience last time, and I’ve found out through conversations with other old soldiers that these friendships last throughout life. They are more or less tested friendships. At home here very often your friends are forced upon you.

Sig, if there’s anything you’d like to have or need while in the service, my wife and I would be more than glad to get it for you. There may be some things you can’t buy that we can.

Also, if you ever get the chance I want you to come and visit with us here. Perhaps even in the service, you may transfer where it may take you through Chicago. We’re only an hour’s ride from there, and we would be glad to let you make this your home while on leave. We haven’t anything swell but a nice little house and an old Jeep you fellows could get into Chicago with. That’s a pretty good place with lots of points of interest to visit.

Don told us in the last letter of the death of your mother. I don’t know how to mention this without hurting you, but we are sincerely sorry and hope that time eases your pain and loss and that there are other people that feel your loss and sympathize with you. Even though we are strangers, we would like to help.

Let us hear from you sometime and we all wish you the very best of everything in the future and wait for a visit even after the war is over. 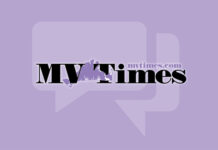