A lot has happened since, and Dr. Kramer’s latest book, “Ordinarily Well: The Case for Antidepressants,” is a reasoned and comprehensive history and discussion of depression, medical treatment, and the academic battles over the use of medications developed to promote emotional wellness.

Dr. Kramer has a psychiatric practice in Providence, R.I., where he is also a faculty member at Brown University Medical School. The author of eight related books and a regular contributor to national newspapers and magazines, Dr. Kramer has been a seasonal resident on the Island for more than 40 years. He came here as a young practitioner and worked with the late and esteemed Dr. Russell Hoxie, and with Island psychiatrists Milton Mazer and Charles Silberstein, who is acknowledged in “Ordinarily Well.”

Dr. Kramer has been a national voice in the discussion on mental health and treatment for more than 20 years.

“Ordinarily Well” is a welcome voice in the literary mental health chatter which has become a growth industry in publishing since “Listening to Prozac” appeared. The chatter has become a tumultuous roar in recent years since abuse of opioids has taken center stage in public dialogue about mental health.

“Ordinarily Well” is not part of that discussion, but was written in response to increased debate about whether antidepressants really work. This book should be required reading for mental health professionals. For the rest of us, there are illuminating, though hard-won, insights. This is not a simple read. The author has painstakingly researched the history of depression, the development of medications, and the ensuing debate over efficacy of medications.

The current debate is not the author’s first rodeo, and he is able to combine a personal tone with professional distance in his book. For example, he offers a whimsical preview of the book’s theme in a quote from Christopher Marlowe’s “Doctor Faustus”: “Sweet Analytics, ’tis thou hath ravished me.” As readers, we benefit from the author’s study of literature and philosophy before entering medical school.

The book reports on the process of tests and trials which raise reader eyebrows, giving us a research landscape littered with incomplete or biased trial models. Dr. Kramer reports that other well-intended work produces just plain confusing and unclear results.

What we learn is that the development of medications created two warring camps: traditional psychotherapy practitioners, and those who embrace meds as part of treatment. The role of pharmaceutical companies is laid out clearly and dispassionately, though I came away reinforced in my belief that healing is well behind profit in the priorities of the $200 billion industry.

Dr. Kramer is clear about his bias: Antidepressants have value; but he offers evenhanded reporting on the views of the no-meds camp.

Close reading of “Ordinarily Well” provides insights. We learn also that the ability to produce a “clean” list of patients, those without a history of taking medication, has been compromised in setting up tests and trials, a departure from the early days of the use of antidepressants. We learn also about “fast track” trials, generally underwritten by drug companies to get a product to market.

The Times spoke with Dr. Kramer last week to get an informed take on the role of antidepressants:

Why did you write “Ordinarily Well?” What does the title mean?

I mean that there’s no reason to discard antidepressants. They work ordinarily well, as well as most interventions that doctors and patients have access to. And when the drugs work, depressed patients become ordinarily well. They enjoy a quality of life that matches those of their neighbors.

As for the why, I wrote this book in response to what I see as a practical crisis. The professions and the media have shown a willingness to embrace what I take as a false and dangerous premise, that antidepressants are little more than glorified placebos. Often, depressed people need and benefit from these medicines.

I have said the drugs produce routine good outcomes — but of course that fact is extraordinary. We are the first human culture to have easily applied remedies for this destructive disorder.

I am also a great fan of psychotherapy. What troubles me are colleagues who see a conflict between treatment based on prescribing and treatment that relies on insight and meaning. How wrong to set antidepressants aside for a wishful notion — that distortions of thought and feeling can only respond to psychological approaches.

I should say that this book is different from my previous ones. I’ve tended to focus on identity and intimacy — how we define ourselves and how we maintain relationships in a technological age. Although readers have put those books to other uses, to me, in them, the implements of psychiatry, medicine, and psychotherapy were incidental.

What all the books have in common is that they begin in my clinical experience, my hours spent with patients.

Your book evidenced a staggering amount of research on medication tests, trials, and treatment debates over the past 60 years on the subject. Why that approach?

I wanted to provide context — to portray the disease as it was before antidepressants were in widespread use, and then to trace growth of medication use and resistance to it. I began educating myself. The more I read, the more I saw that the debunking studies, the ones that brought antidepressant prescribing into question, were flawed — not clearly more reliable than clinical anecdotes.

Of late, objective research on patients has become difficult. Anyone likely to respond to medication has been prescribed for and has recovered. No one with run-of-the-mill depression enters a drug trial.

Does the current focus on opioid addiction help, hurt, or cloud understanding of antidepressants?

I don’t have an answer. The newer opioids were developed for management of pain, but some patients like them in a dangerous way and never get off them. Our current problems have their own history, tied up in trends in pain management. The crisis is linked to failures in several communities, including the medical profession and Pharma. But it’s a separate issue.

What’s the effect of antidepressants on creativity?

I like to say that the typical depressed patient is not a melancholic poet. It’s an underemployed single mother whose early mood disorder caused her to receive too little education and too little social support. We can discuss the links between alcoholism or bipolar disorder and creativity. But depressed people are not producing what they’re capable of. In my observation, antidepressants free people to do creative work, if they have the aptitude.

It appears that the number of antidepressants has grown substantially over 20 years. Is that true?

It is and it isn’t. Newer drugs are too similar to older ones. Arguably, doctors have become more skilled at administering medications. But the field is impatient for a drugs that will offer new biological approaches to the brain, to help people who aren’t good responders today, to allow better stabilization for patients who do respond — ideally, a treatment that will work decisively and allow patients then to function off medication.

What are the principal classes of mind- and mood-altering meds?

The common ones are treatments for anxiety, such as Xanax; for bipolar disorder, such as lithium; and for depression, such as Lexapro. There are antipsychotic medications such as Abilify. Stimulants, such as Adderall, are used for attention disorders. But psychiatrists rely on a range of medicines, including medicines ordinarily used to treat epilepsy, movement disorders, glandular disorders, and insomnia.

Do laymen understand the differences between different meds, that their “workplaces” and functions are far removed from each other?

I think people have a good approximate understanding about depression and its symptoms.

In this book I write about major depression as a multifaceted disease in which antidepressants make the brain more resilient. We’ve come a long way from the days when morphine was used as an antidepressant — although we may make a partial return, through the development of new opioids meant to target mood and not pain.

In your experience, does fear of being emotionally mutated, becoming “inauthentic” and not the “real me,” create resistance to taking medication?

I think it can. Patients discuss that apprehension with me. I contributed to it when, in “Listening to Prozac,” I wrote about patients who did well on antidepressants. Their depressive episode ended, but they reported additional effects on personality. They were more assertive, more comfortable socially. Some valued that change. Others considered it a reason to come off medication. In the new book, I discuss the fate of that idea — subsequent research on antidepressant effects on neurotic traits.

Are antidepressants being casually prescribed?

Everyone has anecdotes. I have not seen a lot of frivolous prescribing, but it should be said that I have a small practice. There may be more unnecessary prescribing in settings I don’t see. I don’t treat children. I don’t work in nursing homes.

You lay out the research and academic discussion and debate over meds and psychotherapy over the past 60 years. Is there more or less consensus on what works?

The backlash begins as soon as antidepressants come on the scene. It appears in the 1960s and 1970s. The negative assessment of antidepressants seems linked to a fear that psychotherapy will be undervalued.

Part of this book concerns the nature of evidence. How good are the studies? How tightly should they constrain practice? How ready should we be to dismiss doctors’ observations?

Research suggests that psychotherapy adds little to what medication does on its own. But I use the two approaches in combination all the time. My preference is to begin with psychotherapy and add in medication when necessary.

Given the individual differences between patients, do large-scale patient trials and studies make it more difficult to ascertain what works best?

Studies using average outcomes are less valuable than ones that use what’s called patient-level data: How many people are helped, and how? And then, applying research results to the care of individuals remains an art. 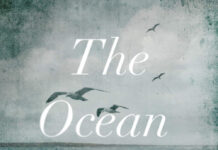