“I like that feeling of being on your toes, being sharp and responding to a moment where the audience engages in a certain way,” he said.

“Each time I do the show, there’s a different energy,” he said. “I look forward to the challenge of walking into a room of people I don’t know, discovering the mood, and taking it from there.” 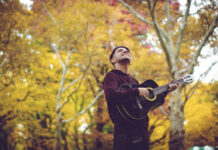