Time and tide over the past 47 years have erased the physical evidence of July 18, 1969, a dark night when Senator Edward M. Kennedy( D-Mass.) drove his Oldsmobile 88 off the Dike Bridge on Chappaquiddick Island, an incident that claimed the life of Mary Jo Kopechne, a Kennedy family political worker. Still, the fatal accident that effectively ended his rumored plan to bid for the White House in 1972, and his unsatisfying account of the event in official and public forums, has remained alive in the consciousness of this Island and in our country.

Now comes Donald Nelson, a retired research physicist, who pored over thousands of pages of evidence, testimony, books, and written accounts, which led him to offer an explanation of what actually happened that night in his new book “Chappaquiddick Tragedy: Kennedy’s Second Passenger Revealed.”

Despite the senator’s assertion that he repeatedly dove into the tidal Poucha Pond to rescue the 28-year-old woman, Mr. Nelson argues that’s not what happened. He asserts that the senator was riding with another unacknowledged passenger that night, and that unknown to them, Ms. Kopechne was sleeping in the backseat.

This book names Rosemary “Cricket” Keough as the front-seat passenger. Ms. Keough and Ms. Kopechne were among six “boiler room” operatives who had worked on the presidential campaign of Edward Kennedy’s brother, New York Senator Robert F. Kennedy. Robert Kennedy’s bid ended with his assassination in 1968.

The weekend party, paired with the Edgartown sailing regatta, was described as an opportunity for the women to come together as well as to plan for the youngest Kennedy brother’s presidential campaign in 1972.

The intervening decades have produced dozens of books, studies, and investigative journalism pieces, and at least one more book is on the way, we learned this week. Mr. Nelson examined that body of work, and read the inquest and grand jury documents to arrive at his conclusion that the senator and his companion freed themselves that night and walked away from the scene and did not report the incident for nine hours because they were unaware that Ms. Kopechne was in the vehicle.

Mr. Nelson says the senator’s later explanation of his repeated attempts to free Ms. Kopechne from the wrecked car was a fabrication to conceal the fact of a passenger other than Ms. Kopechne in the Oldsmobile.

As a scientist, Mr. Nelson says that he followed the facts of the case to come to his conclusion. He presents an argument that poor investigative practices by Edgartown Police Chief Dominick Arena; a subsequent lack of aggressive followup by Edward Dinis, the district attorney assigned the case; and a judge who hamstrung inquest and grand jury proceedings allowed Sen. Kennedy’s story to stand.

Sen. Kennedy suffered only a brief license suspension as a result of the accident. Mr. Nelson says in the book, and repeated in an interview with the Times this week, that the irony of the case is that the truth would have served the senator better.

“His crime was not related to the accident. He didn’t know Mary Jo was in the car. His crime was the coverup, the lies he told,” Mr. Nelson, now 86, said from his Island home this week.

The book is an unintended result of a retirement project Mr. Nelson undertook after a career as a research physicist at Bell Laboratories. “I saw a documentary on A&E about the accident which outlined the questions around the event, and thought it would be a good intellectual exercise to examine it,” he said. Mr. Nelson’s examination included researching the time and direction of tides, which conflicted with Sen. Kennedy’s statements.

In all, Mr. Nelson lists 204 sources he consulted over a two-year period to produce a work of dogged prose that led to his conclusion. While Mr. Nelson conjectures what Sen. Kennedy or other players may have been thinking at various times as the drama played out, he says, “I went only where the facts took me. This event likely changed the course of American history. Sen. Kennedy would have been the likely Democratic nominee in 1972. Though he went on to become one of the most effective U.S. senators of our time, [Chappaquiddick] changed his life and the lives of others permanently.”

Certainly, it changed the lives of many people on the quiet Island of Martha’s Vineyard. Dominick Arena, police chief at the time, became a household name, receiving much criticism for his handling of the matter.

John Farrar, then an Edgartown volunteer fire department scuba diver, received high marks for his work the following morning in freeing Ms. Kopechne’s body from the car, and for identifying forensic evidence at the scene that purportedly showed suffocation, rather than injuries or drowning, caused the Kopechne death, which provided the “eureka” moment for Mr. Nelson.

“When I read John Farrar’s [inquest] testimony, I knew I had a book,” Mr. Nelson said this week. Mr. Farrar lives in Maine, and Chief Arena reportedly is living in Western Massachusetts these days. Christopher “Huck” Look II died in 2011. A cop in 1969, the future Dukes County Sheriff reported he saw the Kennedy car at a time far different from the Kennedy version.

Les Leland is still here, though, alive and well. Mr. Leland was a young pharmacist in 1969 who had just purchased the family pharmacy on Main Street and was stunned to learn that he had been randomly selected to be foreman of the grand jury convened to look into the incident.

Mr. Leland spoke this week of his frustration with blocking maneuvers from the bench and from prosecutors, and threatening anonymous phone calls and letters as he attempted to run his jury. “Essentially we couldn’t do our job. We couldn’t get the inquest testimony. We weren’t allowed to call witnesses who had testified. The rules had been changed,” he said, adding, “Yeah, it was a coverup. I wish the investigative practices used by reporters in Watergate a few years later had been put to work in this case.”

Mr. Leland co-wrote an account of the incident some years ago, and he read the Nelson manuscript: “There are many theories about what happened. I just heard about another book in the works on it. Don’s book went to great lengths to review the case based on the facts presented. So it’s plausible.

“Do I have closure [on Chappaquiddick]? No. And I don’t think we’ll ever know the full story on what happened,” he said. 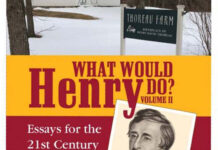