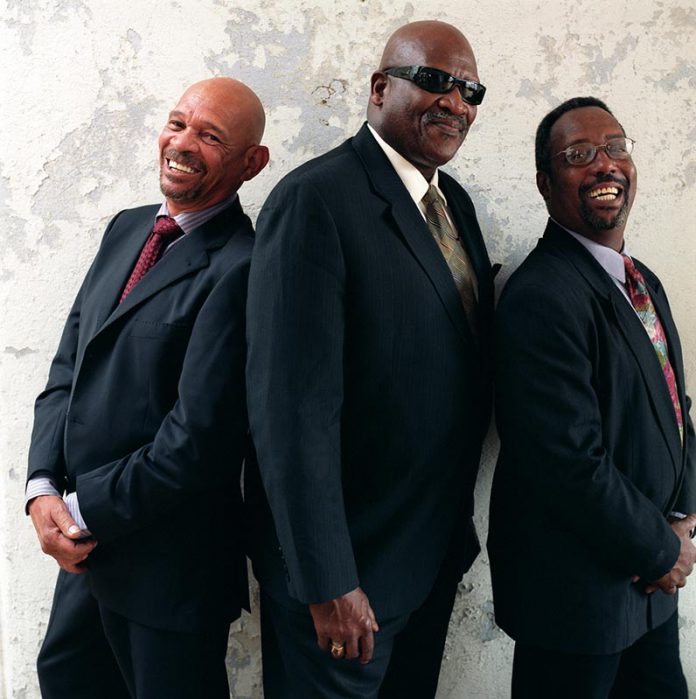 Taj Mahal has been all around this world. And while he is best known as an accomplished blues musician, he has proved himself a connoisseur of world music, incorporating sounds from the Caribbean, Africa, and the South Pacific to develop a style that is entirely his own. In a special interview with the Martha’s Vineyard Times, Taj discussed the interplay between geography and music, and how place affects our most precious cultural expression.

One of your claims to fame is adapting music from all over the globe. How does place, geography, influence music?

I don’t know what my claim to fame is; I’d probably be a more wealthy person if I did.

I’ve composed all these different musics, because I’m connected to them. I’m 93 percent African, and in that I have Nigeria, Ivory Coast, Mali, Senegal, Cameroon — hunter-gatherer people. They’ve removed a lot of people from Africa and spread them around the Western world, and all of these people had to reinvent themselves in their new environments, in new languages, everything. But we’re still connected by blood. That DNA — there’s music in it. And music plays. If it’s in your blood, you feel it. It isn’t like “I went to Jamaica, so now I’m playing Jamaican music.” No, Jamaican music is in my family, through my stepfather, through my grandfather. Latin music, Caribbean music, I had a propensity toward all of those things.

I just got tired after the first three or four records of trying to play something that the music industry would understand. During the British invasion, American bands weren’t being supported to meet the energy. The Rolling Stones had sense enough to bring us over and put us in their Rock and Roll Circus in 1968. The American side of the situation wasn’t really trying to help us do anything we were doing. I played good solid blues music for three albums, then I said, “OK, I’m ready to stretch out. If I hang out here, I won’t do the things I hear in my head, that I personally like, that wakes me up, and that I really want to share with people.”

You’re from Massachusetts. How did your upbring and cultural heritage where you grew up in Springfield affect the way you think about music?

My father’s parents emigrated from the Caribbean. So we’re already talking international. Different vocal styles, different kinds of dialects. When I came up in Springfield, it had lots of local music, a great gospel piano tradition, a great singing tradition around town. Springfield kind of was an underground railroad terminal when you were headed North, so a lot of people came up from the South. So you could really feel like Springfield was some parts a Southern town and some parts a Northern town, and some parts were very obviously international. I was kind of lucky in terms of the music situation that I was never told who I could or couldn’t hang out with. So my friends were all kinds of people, and I would listen to music from jazz to classical to popular music to down-home to gospel. The sense of what my own cultural contribution to music was was always kind of obscured, and that was something I had to figure out.

You’ve played on Martha’s Vineyard in the past, you’re of Caribbean descent, you lived in Hawaii, and you incorporate a lot of island sounds into your music. How do islands impact musical identity?

When you have an island, it’s like you have a little experiment going on. What’s so interesting about these islands is that there are so many musicians. Per square mile, there are so many people excited about playing, and people love to dance. And then they’ve got the rhythm of the sea, and the way seasons affect things. I would love to see a world island music festival. I think it would be interesting to see how much diversity there is, and the similarity. But the diversity is important. When the music business is responsible for delivering what you think music is, you miss out on a lot of stuff. If I hear music that catches my ears, catches my soul through my ears, I’m not going to say “I’ve never heard that before” and ignore it. I’m going to stop, absorb it.

What about the blues? A lot of people say blues is a uniquely American music because of how it evolved. Do you think that’s true? And what does that say about America as a place and culture?

It is. You can go anywhere in the world, and you don’t ever have a sound that sounds like the blues. They can reinterpret it through their music, you can get a lot of Latin beats behind blues songs, but that’s not where it came from. To me, the blues is a deep sentiment that all of humanity has. It doesn’t matter where you come from, when you hear that sound, if you’re alive, if you’re a real person and you don’t have all these false walls up around you, you’re going to feel that. But it definitely comes from the United States, from the relationship between Westerners and Africans. It was not necessarily the best relationship, but ultimately out of it came cathartic, beautiful music that can represent any kind of emotion that human beings have. You can play a blues song and there’s not a dry eye in the place. You can play another kind of blues song, and everyone’s up dancing. It’s a real development in music in the past 200 years. And it supports almost all of the popular music in the world. Whether it’s Kylie Minogue or Olivia Newton-John or Dire Straits or the Rolling Stones, it still comes right out of Highway 61, right out of the Delta.

You’ve played all over the world, though. Are there any specific places that have been really special or influential to you?

I was becoming very cynical with the music business, trying to figure my way through this incredible maze, and in 1978 I went down to Australia on a solo tour. On the way back I took a trip to Fiji, and those people are really wonderful. They totally restored my laughter and my humor. The music business in the United States is just a totally humorless situation, and it had begun to affect me. I wasn’t very happy. But they were just so deeply humored with one another and with me that I got back in touch with something I’d lost. I got my humor back, and it never fell out after that.

Another place I love is Trinidad and Tobago. There’s a great local band down there called the Lashing Dogs. Great dance music. That’s another thing: Music has really not taken the time to develop the dance component. A lot of concerts, they don’t want them to get up and dance. I think that’s the most ridiculous thing in the world.

Will you play dance music with the Trio here?

I always do. I never play any other kind of music.
The Taj Mahal Trio: Friday, August 5, 8 pm. Old Whaling Church, Edgartown. For tickets and more information, visit mvconcertseries.com.