Often heard but seldom seen, cicadas are a dominant feature in the natural soundscape of the Vineyard in summer. The drone of lustful male cicadas, usually emanating from high up in the tree canopy, begins around the second week in July and continues well into September.

As far as I know, the Vineyard hosts few if any of the so-called “periodical” cicadas, named not for a fondness for magazines but because they emerge en masse at synchronized 14- or 17-year intervals. Rather, our cicadas are annual ones, calling in roughly equal abundance every summer.

Organs called “tymbals” produce the amazing cicada sound — tiny membranes at the base of the abdomen that produce a series of pops as the insect flexes the membranes inward, then lets them snap outward again. One helpful account compares this process to pressing a dent into a plastic soda bottle and then letting it pop back into shape. In cicadas, the pops are so rapid that they run together into a buzzy trill.

I’ve never watched a cicada calling here on the Vineyard, but earlier this summer I was able to watch several up close in southern France. The movement that produces the sound is almost invisible — just a subtle shuddering of the abdomen, as if the insect was panting for breath. But up close, the racket is deafening. Some sources report a volume up to 120 decibels for cicadas — rock-concert loudness, and enough to damage a human ear if you’re exposed to it for long. Part of the secret is that the interior of a male cicada (only males call) is largely hollow, creating room for the sound to resonate.

To the knowing ear, cicadas are identifiable by call, based on the tone, pattern, and time of day of a song. While the cicada family is a fairly large one worldwide, with about 3,000 species, research, inquiry, and direct observation suggest that only three species may occur here: the lyric cicada, its close relative the dog-day cicada, and the northern dusk-singing cicada. But the taxonomy of the cicada family is a real shambles just now. Some of the currently recognized species are highly variable and probably contain multiple species not yet adequately described. And the relationships within the main genera of cicadas are muddled.

The call, predictably, aims at attracting a female for the calling cicada to mate with. With that accomplished, the egg-laden female carves a groove in a tree branch and fills it with her progeny-to-be. Upon hatching, the tiny cicada larvae drop to the ground and then burrow down, seeking roots to attach to; they’ll fuel their development by chewing on roots and drinking the associated plant juices. Little is known of this stage of a cicada’s life, in part because it may take place more than two yards underground! But it’s known that a wide range of plants, from grasses to trees, support cicada nymphs.

The time it takes a cicada to mature probably varies depending on factors such as temperature and the quality of its food source. But it is generally accepted that even annual cicadas usually take from two to five years to mature. The irregularity of the process is what makes the adults of these insects an annual phenomenon; generations overlap untidily.

Mature larvae burrow their way back to the surface, where they are sometimes found by gardeners or naturalists: squat, brownish bugs an inch or so long. Shortly after arriving topside, the adult cicada emerges from its larval husk and, as soon as its exoskeleton has hardened, crawls, hops, or flies up into the treetops to repeat the cycle.

In theory, the dining habits of cicadas make them enemies of plants. Adults, once thought to skip feeding altogether, are now known to sip sap from holes they poke in vegetation using beak-like mouthparts. Especially in these days of drought and defoliation by caterpillars or other insect pests, the loss of tissue and fluid to feeding cicada larvae and adults surely doesn’t help a tree or perennial. But the abundance of annual cicadas is low enough so that the damage they cause is probably minimal, and in general these insects are considered benign. Neither do they pose a threat to humans; to be sure, the inept, rattling flight of these massive insects (large ones approach two inches in length) can be disconcerting, but cicadas can be handled with perfect safety.

Relatively soft-bodied, as insects go, adult cicadas fall prey to a wide range of predators. Blue jays deftly snatch cicadas off of branches or even pick flying ones out of the air. A massive wasp, known appropriately as the cicada killer, paralyzes cicadas with a powerful sting, transports the immobilized victim to a burrow, and lays an egg on it. The wasp larvae will feed on the cicada as it grows.

By mid-August, we’ve probably seen (or heard) the peak of cicada activity for the season. The calls will gradually grow less frequent, and one day as the weather cools in late September or early October, I’ll notice the absence and ask myself when the last one called. It’ll be a sad moment for me. 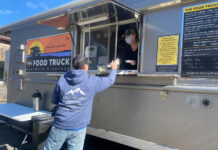