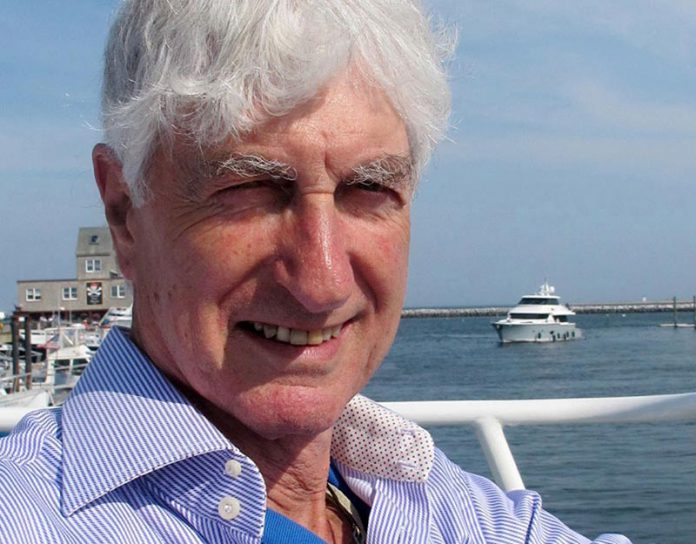 The truly literate are different from you and me.

Take Island resident Phil Weinstein for example. The Swarthmore College lit prof has a library in his mind from which he can select old-timey classics that are spot-on relevant to life today.

Mr. Weinstein often discusses his choices in public events, where we can get all the benefits without his 40 years of heavy literary lifting. On August 23 at 5:30 pm at the Aquinnah library he will discuss Fyodor Dostoevsky’s novella, “Notes from Underground,” the musings of a disaffected loner in 19th-century Tsarist Russia.

Mr. Weinstein began his series of literary discussions more than eight years ago at the Aquinnah library. Tuesday’s talk will be part of the Islanders Read the Classics series, sponsored by The Martha’s Vineyard Times and the Martha’s Vineyard Library Association, in collaboration with Arts & Ideas Magazine.

“Notes from Underground” provides a close-up look at an injured mind, a malady with which we have become very familiar in this millennium.

“Underground” was a warmup to Dostoevsky’s big novels, and reflected a transition in his belief system. Young Fyodor had a comfortable life as the son of a doctor and a college graduate. As kids will do, he got mixed up with the wrong crowd (that would be Socialists in Tsarist Russia) and was imprisoned for eight months until being marched out to the firing squad.

But the Tsarists, with their wacky sense of humor, were just funnin’ the boy. They sent him to a prison camp in Siberia for four years and followed it up with a four-year stretch in the Russian Army, all between 1849 and 1858. He was no longer a Socialist, espoused more traditional Russian values, and spent the rest of his life reconciling conflict.

“He experienced total abandonment of the liberal dream, of remaining in society. That period was the defining event in his life,” Mr. Weinstein said in a recent chat with The Times. “Actually [the book] is interesting because it doesn’t follow any particular plot. Fiction in the 1850s was expected to go somewhere,” he said.

“It has the appeal of free-wheeling consciousness attached to nothing. The anonymous author of ‘Notes from Underground’ isn’t a nihilist. No position owns him. There’s a lack of orientation but we get inside him in 120 pages,” Mr. Weinstein said.

“Luckily, he’s not the kind of guy who would do something, unlike too many estranged minds in our 21st-century culture. He is the child of a millionaire who feels like an orphan.

“He is in terrifying retreat and not toward his better angels. His problem is that he has an informed mind but it’s also a small mind locked in a small world as a government bureaucrat. He had an identity problem, about being in the world,” Mr. Weinstein said.

It is not a literary error that Dostoevsky’s protagonist is anonymous, nor that the book, composed of his personal notes and musings, simply ends abruptly, with no action taken.

Mr. Weinstein will also resume his annual fall lecture series next month with a six-part series called “American Baroque.” Watch this space for dates and locations.