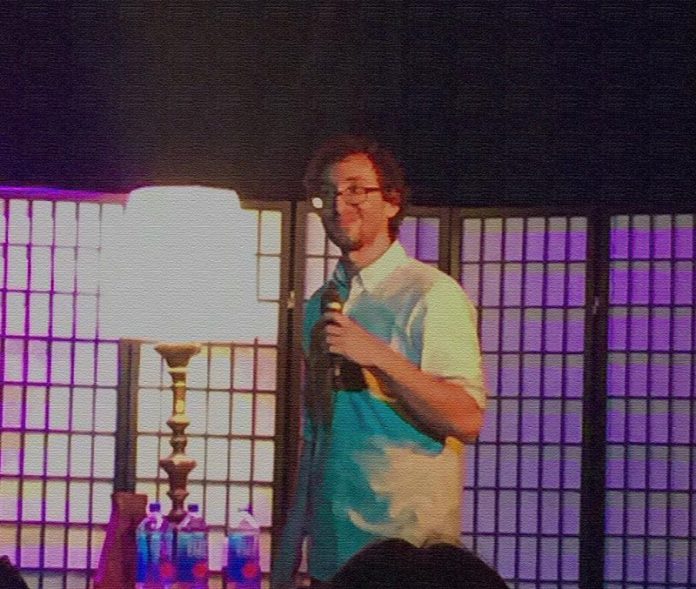 Island-born and -raised Charlie Nadler is making his mark as a standup comic in New York City, but he hasn’t forgotten his roots. Every summer, Mr. Nadler, son of former TV comedy writers Marty Nadler and Holly Nadler, returns to the Vineyard to perform a benefit show at Alex’s Place, the teen center of the YMCA of Martha’s Vineyard.

This past weekend, the comic and writer entertained an appreciative audience with a full set of new material. Comedian Dan Altano from New York — a friend of Mr. Nadler’s — and Cord Bailey of Martha’s Vineyard were the opening acts.

Mr. Nadler started off his set by explaining that he had just flown in from Las Vegas, where he was competing in the World Series of Comedy: one of the many competitions he has participated in during his four years as a standup act.

Since moving from Los Angeles to New York City in 2012, Mr. Nadler has become a regular at comedy clubs in the city such as the Comic Strip Live. He also performs at bars and alternative venues. Mr. Nadler has also written, or is working on, a handful of comic screenplays. He has an agent back in Los Angeles who represents him as a writer.

Still, every year for the past three years, the comic makes the trip to the Vineyard to perform. The money raised from the shows goes toward teen center programs. Last year the show was recorded, and a CD released. The proceeds from that venture also support the cause.

Last Saturday, Mr. Nadler kept a near sellout crowd laughing for a full half-hour with his polished performance. He riffed on work, lack of work, and other familiar topics. He also showed his imaginative side in a number of “what if” jokes, which mark his signature style.

If you missed the show, here’s a sampling of one-liners from Mr. Nadler’s set:

The films of Alfred Hitchcock