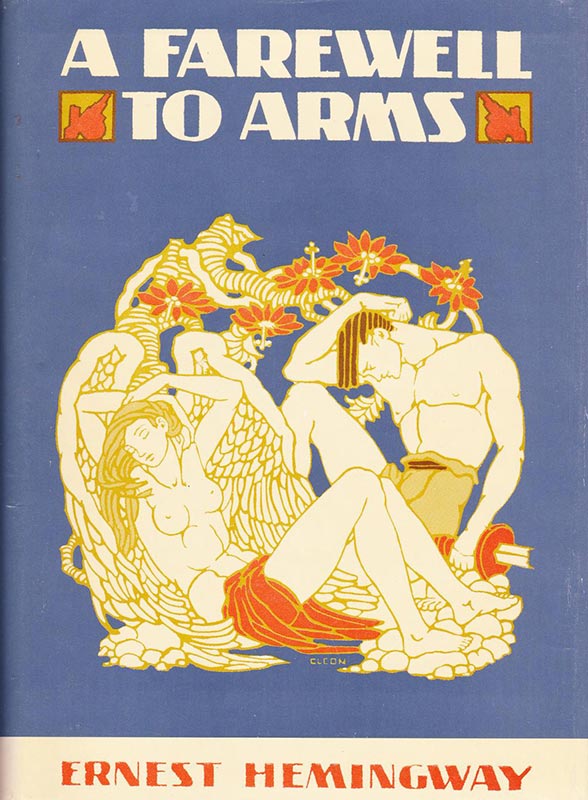 In the end, it seems that war was much kinder to Ernest Hemingway than the rest of his life.

While many Americans in the first half of the 20th century wanted to be the roistering, thrill-seeking globetrotter, a war correspondent turned novelist, few of us wanted to be the man who died of a self-inflicted shotgun wound in Ketchum, Idaho, in 1961 — a lonely death that ended a 62-year run during which Hemingway, confidant of the best literary and artistic minds of his time, became a cultural and literary lion.

Oft-married and endlessly unfaithful to his women, Hemingway’s writing was an oasis of constancy, and his sparse style changed the way we write today. One of his most famous novels, “A Farewell To Arms,” published in 1929, was loosely based on his experiences as an ambulance driver in the Italian army during World War I. It is a story of love found and lost amid the misery of war. Its popular success freed Hemingway, financially and critically, to pursue his Mitty-esque life.

Speaking with the Times recently, Mr. Hough said, “I’m an admirer of Hemingway’s work. This is his best novel, with its romanticism and the evocation of World War I, a beautifully written book. He worked so hard at the craft, a most disciplined writer who invented his style, just as Faulkner did. He has a lot to teach writers today if they pay attention. And a lot to say about life.”

In remarks prepared in advance of the Oct. 25 event, Mr. Hough said, “Ernest Hemingway has been widely parodied, and it is probably fair to say that he asked for it. No later than midway through his career, his spare, clean prose began to stumble over itself, and to become reiterative and maudlin. Hemingway, finally, began to parody himself.

“There is much to dislike about Hemingway, the man: his notions of manhood, his outsize love of bullfighting and big game hunting, his self-dramatization. He could be a bully. He often turned on his friends. By the end, for the most part, he was writing very badly, as he would have put it.

It is a testimony to his genius that, in spite of all of this, his many short stories and at least two of his novels declare him one of the great writers of the 20th century, and one of the most innovative and influential. His style, which John Updike admiringly described as ‘brashly experimental,’ was a kind of reinvention of the language. No one had ever written with such simplicity and startling eloquence. At his best, Hemingway was a poet. ‘No other writer,’ the great critic Alfred Kazin wrote, ‘has ever made us feel more alive.’