I walked into Scottish Bakehouse this morning buoyant. It’s fall, I’m over summer, I’m wearing a blazer with butterflies all over it. People like me. I walk into the Bakehouse, my happy home, and a man is standing in front of me in line. He catches a glimpse of my awesome butterfly blazer and comments on it. He wants to know, based on blazer, based on fervor, based on face, where it is I am from.

“You Italian? Sicilian? Portuguese?” I shake my head no.

“In Poland?” I asked. It seemed like the logical answer and made me chuckle. My friend was tracing his roots in Odessa as we spoke.

“No, locally,” he said. I laughed. It was all fun and games.

“But you asked about my heritage and then my town, so it sounded like …”

“No,” he replied. He proceeded to then list the towns in Massachusetts where there were large concentrations of Jews. Oh, I see.

He didn’t get my joke. He went on to tell me about this book he loved. It’s called, he said, “The Jewish Phenomenon.” My stomach sank. Really? At 7:45 am at my Scottish Bakehouse other home from home?

“I know that book,” I said, shaking my head, really hoping he wasn’t going to continue. It was my turn to order. The man got louder, talked over me.

“You don’t know that book. It’s such an amazing book. It’s really empowering”

I tried to protest, to assert my voice, but he was amped to share his findings, from the one big bad book about the Jews he ever did read, and to do so over my voice. I and my butterfly blazer shrank in the wings.

I checked out of the conversation, wincing. I knew that book. I saw it in a collection of books on “The Jews” at a bookstore in Newark, N.J., where the shopkeeper and I spoke at length about the difference between empowering or simply Jewish books and anti-Jewish propaganda. It was a long, slow journey to convincing the shop owner to please purchase books based more on the actual learning of Torah, the actual legacy of the Jews, instead of a row of political conspiracy-theory books. While this book contained Torah, it used it and morphed it to sell an agenda.

As I ordered my perfect egg sandwich and got my peppermint tea, the man who knew, it seemed, just about everything about the Jews, more, of course, than little old Jewish scholar me, he got to talking to the half-Jewish, half-Italian lady behind me.

“This book, you see, it’s amazing, it’s empowering.” Nothing like telling the Jewish lady what is empowering to her, even as she balks at your words, even as she recoils into the steeping of tea because talking back isn’t always fun, not this early, not when the veil is this thick.

“It’s all about how Jews control money and entertainment in America,” he said. “That’s the Jewish legacy, that’s your culture.”

Tell it, preacher man. Tell me what “my culture” is, will you? I forgot.

The lady behind me was sheepish but strong, “Well, my family, we didn’t have that money.”

“But it’s your legacy! You should get some.”

I felt like crying. My sandwich, fakin’ bacon and all, was ready, and I just hunched my shoulders to walk out the door, to avoid the whole thing. I’m a pro at confrontation, I almost lust after it at times, but not like this, not when spoken over, and down to, and about myself and my “people.”

The man knew I had shied away, he knew I was angry. I saw his eyes as I left, debating whether to say anything. He looked hurt, scorned, like a wounded child. I couldn’t be silent and not let him know why I was cold to him. “That book,” I said, in front of my audience of Bakehouse three, “it isn’t empowering to me. That is not my ‘culture,’” I said.

“What, you aren’t a capitalist?”

I told him that my capitalist involvement and the ways in which I benefit from this country have to do with America, and assimilation, but not with my Jewishness. Judaism doesn’t equal capitalism; actually, if boiled down, quite the opposite.

“My Jewish culture,” I said, “is about Torah, it’s about a legacy of learning text and morphing tradition in host culture after host culture. What you are talking about is American assimilation.”

I left after that. I was actually en route to the synagogue to study Talmud with the rabbi. I ate my egg sandwich in the car, too fast.

I’ve been on and off this Island for decades. I know how the neighborhoods break down, the color and class lines that are so real. I know a lot about rich Jews and about Jewish entertainers — both of whom flock to this Island in droves. This is the hiding place, we always joke in my family, the safe place where the non-Jews will hide us in their barn when the Holocaust comes again.

I think I even joked about this at the Bakehouse with my “Jewish Phenomenon” buddy. And he said, matter-of-factly, “No one is coming for you.”

That’s the phenomenal reality of my being Jewish. It’s a simple miracle that I exist at all.

Merissa Nathan Gerson bounces between the Vineyard and Los Angeles. Her writing has appeared in the Atlantic, Playboy magazine, Elle.com, the New York Observer, Refinery29, and beyond. She holds a Master’s degree in Jewish Studies from the Graduate Theological Union in Berkeley, CA. She teaches workshops nationwide on modern Judaism, sexuality, spirituality, and the inheritance of trauma. 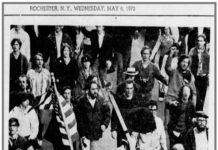 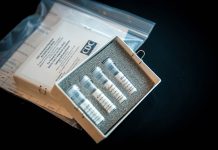 Coronavirus Chronicles: Is it or isn’t it? I’ll never know

Connecting the dots: The pandemic and climate change