The election of Donald Trump ignited a range of intense reactions among students and faculty at the regional high school. Last Wednesday, the election seemed to be on everyone’s mind. Conversations interrupted the daily routine in many classes as students and teachers discussed how president-elect Donald Trump secured the presidency.

Early, during the day of the election, students participated in mock election organized by librarian Kevin McGrath. Out of the 296 students who voted, Hillary Clinton earned 65 percent of the votes, while Donald Trump received 16 percent–a much different outcome than the national election.

In the aftermath of Trump’s election, senior Barbara DePaula said, “I feel out of place to be honest.” She believes that things will not necessarily improve or get worse for her family, but said, “I feel vulnerable and sad for people that [are] in a worse situation than me.”

History department chair, Elaine Weintraub, described the general scene of the school day following the national election. She said, “The reaction in our school was, for the most part, a sense of mourning which was palpable everywhere. I never knew a day like that. There must have been Trump supporters among the staff, faculty, and student body, but I think their voices were muted because they were the minority.”

But unease did not settle on the immigrant community alone, but on that of women’s rights and on the protection of the Lesbian, Gay, Bisexual, Transgender (LGBT)  community at the high school as well. Mrs. Weintraub said, “All of these issues were real and resonated in our student community.”

“People are so fed up with broken promises and nothing happening. It’s a constant revolving door,” said tenth grader Colin Henke. The news of Trump’s success took Colin by surprise, but he can see how it happened. He believes Trump’s election was a huge wake up call to America. Americans want to see a change, and some see that change in Trump and what his campaign stands for.

Senior Jack Garrett said, “I wanted Trump to win, so once I found out the next morning I was  happy with the results.” Jack is part of a household that was divided between the candidates this election, but says the results were surreal to both of his parents. Jack said, “I’m ecstatic knowing that he’s our president now. I believe Donald Trump will bring change to our country which we desperately need.” With the media playing such a large role in this year’s election, Jack believes that they portrayed Trump in a biased way, emphasizing his bad side. He said, “I respect him because he has done so many things for this country and for the people of this country that haven’t made it on the news or social media.”

Admitting he doesn’t agree with Trump’s views on abortion rights and foreign policy, Jack does agree with his views on immigration, gun control, and job creation, and thinks his financial plan will help in trying to clear up the country’s national debt.

To sophomore JP Alves, not only did Trump’s election take him by surprise, but the reaction he received from his parents did as well. He said, “My parents didn’t react the way I was expecting them to. My father believes that Trump will benefit the country in a positive way.”

Barbara DePaula said, “My family had thought about leaving–not because we are scared, but life as an immigrant has always been hard regardless of Trump, but this could push more people to leave.” 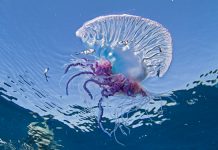 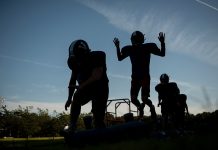