Whether you were dragged into the New Year or stepped into it brightly, here is a wish for all, courtesy of printmaker Josef Beery: “Share Life’s abundance. Root where you are, grow community, harvest goodness.”

A new year begins, and already smart gardeners are getting their plans laid and organized. Please forgive me for raising anything resembling an obligation just now; privately, I feel like taking time off. No planning, ordering, or thinking about anything outside my own home — I would like to read, cook, and relax, without interruptions of any kind.

There is a rationale for the seed suppliers I favor. Johnny’s, Fedco, Pinetree, Fruition, and High Mowing are all supporters of regional and organic agriculture; therefore their selections are in sync with New England conditions. These companies use New England or Northeast seed farmers to help produce their seeds, so we support regional or New England agriculture when we patronize them. This benefits us because it strengthens our regional food supply.

Another tier of seed suppliers is eastern and local: Sow True Seed and Southern Exposure Seed Exchange. Your patronage supports seed producers to our south, yet still in the region that experiences high summertime humidity and other conditions we share.

However, the National Garden Bureau has not rested, and in addition to its Annual Plant of 2017, Pansies, NGB has named three other categories: Bulb of 2017, Daffodil; Garden Flower of 2017, Rose; and Vegetable of 2017, Brassicas.

Let’s investigate brassicas, since at the moment my garden interests lie mainly with home garden staples and storage crops. Cabbage and broccoli, the one preserving well through pickling or root cellaring, and the other making a good frozen vegetable, are premier brassicas.

This is, however, a rather narrow, orthodox view: When one realizes the enormous variety of this large and interesting vegetable family, it is a truly amazing one. And as nutritional heavy hitters, the brassicas supply vitamins A, C, and K, folic acid, fiber, minerals, antioxidants, and more — possibly cancer-fighting properties.

Our foodways are opening up to the more exotic brassicas that have been longtime staples of other cuisines. Many households can now go scarcely a couple of days without arugula and its addicting skunky, peppery flavor. Mustard greens, mizuna, Chinese cabbage, tatsoi, and more — these are varieties and subvarieties of Brassica rapa that comprise the category called Asian greens.

However, large numbers of people are kale enthusiasts, in the Brassica oleracea; and so, to humor them, we shall have a look at what is out there in kale for 2017. Kale is a nutritious cool-season crop that performs best in spring and fall. Pinetree Garden Seeds is offering organic ‘Dazzling Blue,’ a new twist on the strap leaf kales such as ‘Nero di Toscano.’ It grows brilliant blue-green, puckered leaves, with pink to purple midribs. This variety is more cold-tolerant than other lacinato types.

The other “kale” that is a star of our vegetable garden is ‘Beira’ Tronchuda kale, also known as Portuguese kale and, along with leeks, one of the most ornamental plants for beautifying the vegetable garden. It is thought to be a form of loose-headed cabbage, but also resembles collards: indispensable for good kale soup and sautéed greens. Seeds are now available from many seed suppliers, such as Pinetree, Johnny’s, Renee’s Garden, Sow True Seed, and Baker Creek.

Johnny’s is offering Kalettes, a small kale floret that was developed by crossing kale and Brussels sprouts. Like Brussels sprouts, the kalettes are harvested off the tall stalks of the plants at the end of the season; they sound like an interesting option for the small family. Pinetree is offering Kale Mix, a seed blend of kales from flat to curled, thick, light or dark green leaves.

In other members of the brassica family, the cabbage is the kind of storage food, or staple, that performed as mainstays of the pre-refrigerator diet. ‘Murdoc,’ from Johnny’s, is offered as especially suited to kraut making, but stores for only a month or two. For storage purposes, try Johnny’s ‘Green,’ capable of long-term storage into spring. Pinetree offers a good selection of cabbage, including 100 seeds of Pinetree Cabbage Mix, for a truly comprehensive cabbage array.

My personal best-growing broccoli is hybrid ‘Blue Wind’ (49 days), offered by Johnny’s. On the other hand, for open-pollinated varieties of all vegetables, including broccoli, Fedco is hard to beat. Consider their Broccoli Blend, or ‘Solstice’ (71 days).

Jeff Lowenfels’ new book, “Teaming with Fungi” (Timber Press, 2017), joins the train of his previous works, “Teaming with Microbes” and “Teaming with Nutrients,” in exploring the soil food web. In a way, these are the ultimately geeky books for gardeners, because their subject matter is mostly unseen, but geeky or not, the soil food web and, in this book, fungi, are the drivers of much of life as we know it on earth.

Lowenfels points out that not so long ago, the importance of mycorrhizal fungi was unknown to many farmers and gardeners. From the preface:

“A staggering 80 to 95 percent of all terrestrial plants form symbiotic relationships with mycorrhizal fungi. In these relationships, or mycorrhizae, … the host plants supply the mycorrhizal fungi carbon, and in return, the fungi help roots obtain and absorb water and nutrients that the plants require. These relationships are vital to the health of almost all plants that grow on Earth. Each group of mycorrhizal fungi interacts and colonizes its plant host in a different way, in a process so complicated that it took scientists a long time to catch onto its importance.”

Read this book to learn why that has changed. 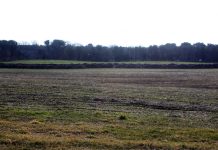