“They are all strong candidates,” selectman Bill Rossi told The Times Tuesday. “All three candidates are longtime police officers; it would be a promotion for all three.”

This action comes after the abrupt resignation on Dec. 20, 2016, of former Chilmark Police Chief Brian Cioffi, who cited a desire for a career change and more family time. Selectmen then named retired and former longtime Chilmark Police Chief Tim Rich as interim chief. He agreed to act as police chief until a new chief could be found and begin his job.

The search committee was Mr. Rossi, interim Chief Rich, and planning board member Joan Malkin. “I have to say that it was really good to have a police chief on the committee to read between the lines,” Mr. Rossi said. Selectmen alone make the final decision.

Wednesday’s meeting was attended by selectmen, all Island police chiefs, and no other members of the public. “If nothing else,” Chief Rich said, “we could have a chiefs’ meeting.”

The final three candidates did not appear before selectmen with any ranked order of preference. Selectman had devised their own questions, and planned to ask the same ones of each applicant. Frank John, the police captain from Seekonk, went first, and was the only applicant interviewed by press time. When asked to share one of his biggest accomplishments, Capt. John said, “After 30 years, I still have the same enthusiasm for my job.”

Selectmen asked what he would do in his first weeks, and Mr. John spoke of arriving in Chilmark and not immediately “going out and changing the world,” but taking time to “learn from the people of Chilmark, and to build integrity and trust.”

“It’s July 4, and you see a selectman driving too fast on South Road,” began Mr. Rossi; “what would you do?” Mr. John answered that if it were a first offense, he’d probably let the speeder off with a warning. In the end, he’d treat them like anyone else.

“He would be stopped and be spoken to,” Mr. John said. Is it an issue where he feels he’s above the law because he’s a selectman? Is it a continual issue?  If it’s not, a verbal warning would probably suffice like with a lot of residents.  I’m not a big person in writing up town residents necessarily — education is a big part of enforcement to make sure they understand what they’re doing and understand what they’re doing is wrong — hopefully they understand, like a police officer, [that] in their position they shouldn’t be out there flaunting it and breaking the law because other people are going to see that. You’re in a fishbowl — just like a police chief and police officers are in a fishbowl.  I don’t see the need to write a citation like that unless it’s a recurring issue.  Verbal warnings go a long way to deter them.”

The board will convene Thursday, March 9, at 5 pm to review the candidates and perhaps make a selection. 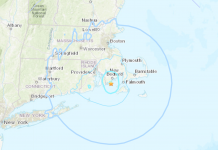 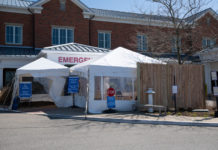