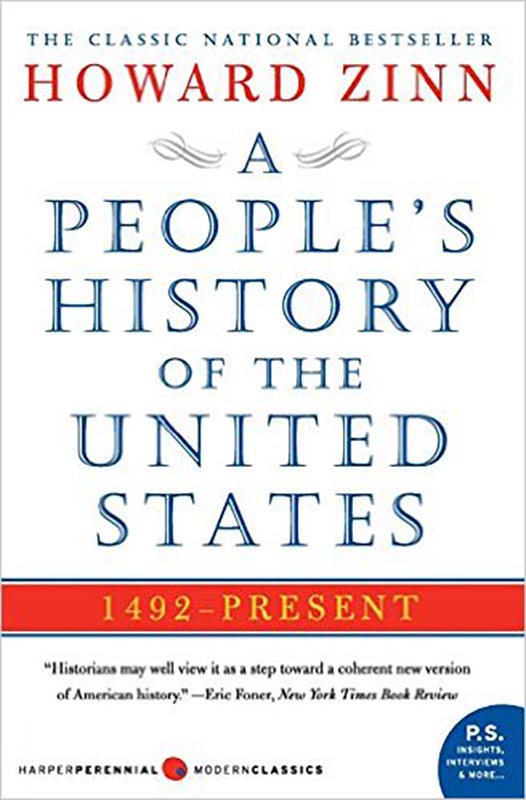 Recently the Arkansas legislature has been considering a bill that proposes to ban from public schools books and other materials written by, or about, historian Howard Zinn. Zinn, who died in 2010, wrote more than 20 books, including the influential “A People’s History of the United States” (1980), which seeks to present a more inclusive version of our country’s history. Zinn wrote extensively about the civil rights and antiwar movements, and the labor history of the United States. “A People’s History” has long been assigned reading in high schools and colleges throughout the country.

Although Zinn has critics on the left as well as the right, with some liberals claiming that his work is overly biased to one side, teachers and others in Arkansas are speaking out in opposition to the proposed ban. In an interview on WBUR, high school teacher Adam Kirby said, “Education is about developing critical minds; when you limit a voice you limit perspective.”

In response to the proposed ban of Zinn’s writings, two local women have scheduled a Howard Zinn Read-a-thon Book Banning Discussion on April 1 at the West Tisbury library. Cookbook author Cathy Walthers and Mermaid Farm owner Caitlin Jones will lead what they are calling a “protest reading” from 11 am to 1 pm. A number of participants will take turns reading from various writings by Zinn.

“This is censorship, and we felt like it is important to highlight,” Ms. Walthers said in a press release for the event.

Ms. Walthers studied American History at Boston University, where Zinn was one of her professors. “He was the most popular professor on campus,” she recalls. “His lectures would attract hundreds of students. He just had such a breadth of knowledge, and he was a mesmerizing speaker.”

The organizers will most likely choose some of Zinn’s shorter essays for the public reading. About a half a dozen people are lined up to read so far, and Ms. Walthers says that they hope to recruit more.

Along with the readings, the organizers plan to screen some of Zinn’s interviews and other video clips. Ms. Walthers encourages people to research the controversial author and educator for themselves: “I suggest people read some of Howard Zinn’s essays or watch or listen to interviews to get a sense of the person for themselves.”

“What I’m finding is how relevant what he had to say is to the current situation with Trump,” Ms. Walthers says. “Even some of the language he uses applies today with what’s happening in Washington. Reading his books is giving me a little hope.”

Zinn himself commented on the timelessness of his observations, writing, “The problems we see today are not just today. History comes in handy, for all those times people were discouraged, but they persisted. Life is a struggle to make things better and better. You win, you lose. You win, you lose. You mustn’t give up. If you give up you always lose. If you persist, you have a chance.”

Zinn’s writings tend to be optimistic. In a 2009 interview, he said, “History is instructive. And what it suggests to people is that even if they do little things — if they walk on the picket line, if they join a vigil, if they write a letter to their local newspaper — anything they do, however small, becomes part of a much larger sort of flow of energy. And when enough people do enough things, however small they are, then change takes place.”

In the press release, Ms. Walthers writes, “I wholeheartedly agree with what Zinn said about his philosophy of teaching, and what he would tell students: ‘Don’t do what you’re told; think for yourself.’”

More on Zinn:
A Power Governments Cannot Suppress, by Howard Zinn
Passionate Declarations, Essays on War and Justice by Howard Zinn
The Indispensable Zinn, The Essential Writings of the “People’s Historian”
The Zinn Reader, Writings on Disobedience and Democracy