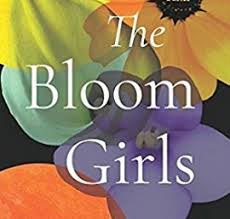 Authors tend to bristle when asked if a work of fiction is autobiographical; they prefer to think their imaginations are boundless enough to provide an authentic story. But all things being equal, “Is it autobiographical?” is meant as a compliment. The reader is saying, “It feels so real, it must have truly happened to you.”

And so it seems with author and Martha’s Vineyard Public Charter School teacher Emily Cavanagh’s work of fiction, “The Bloom Girls,” released by Lake Union Publishing on March 14. The novel is about three grownup sisters — as different as an apple, an orange, and a peach in a single basket — brought together by the death of their much-maligned father. It turns out the father was falsely maligned — the falsity revealed posthumously, which, while it does the late teacher turned Portland, Maine, chef no good, serves a higher purpose in bringing his daughters together.

A death in the family, after all, is the ultimate bringing together. It also serves as a reckoning: Whatever the qualities of the deceased, good and instructive, and wrong and hurtful, they are examined with hearts and minds opened up by that most profound of emotions, bereavement. This is where the real healing happens, and that’s why so many dramas are based around a death.

Of the three Bloom girls, the eldest is Cal, a lawyer, mother of two little girls, and wife to kind, hard-working Howard. The couple, like so many others in our hard-driving age, are in over their heads, and the two of them must negotiate, when one of their kiddos is down for the count with a fever, whose turn it is to stay home.

The middle sister is Violet, free spirit, poet, adjunct professor of creative writing at Boston University, and for the moment, having broken up with her lover (which includes a breakup with his sunny apartment in Somerville), couch surfing with an old friend who’s fed up hosting this homeless wreck of a baby-woman.

The actual baby of the family, though also grown, at least in size, is Suzy, professional chef for a magazine called FoodArt, who brings the requisite O.C.D. edge to trying a cheese soufflé every which way until the ideal lofts, aromatically, into being. In effect she’s done the same experimenting with her personal life: As a teen she tried on sex and boys, then in her recent history experimented with a volatile chef, a lesbian, even going so far as to come out to friends and family. Now, a little bit on the sly, and even feeling guilty and hypocritical about it, she has flung herself into a one-night stand with an old boyfriend and, surprise! she’s pregnant. Her father’s sudden death serves as a scheduling wedge between Suzy and an abortion but … more to be revealed.

The Bloom girls’ father, although no longer among the living from the very first sentence of the book (“When Suzy first heard about her father’s death, she was making a cheese soufflé …”) nonetheless materializes, in memoriam, alive and kicking as any of the other characters in the novel. The misconceptions all three have about their father determined their choices in life, and their relationships with each other and their mother. These misconceptions fill out his contours and color him in like a fine Vermeer painting.

Ms. Cavanagh, recently reached by phone at her house in Oak Bluffs, first with a chuckle denied the autobiography question: “I have two brothers, no sisters. And my parents are both very much alive and happily married.”

She grew up in Boston, summered on the Island with her family in Oak Bluffs, and moved here full-time with her husband Reuben Fitzgerald, also a teacher and originally from Ireland. They have two girls, Nevah, 8, and Olivia, 4.

Ms. Cavanagh began writing years ago, contributing stories to Red Rock Review, Grain Magazine, Transfer Magazine, and Martha’s Vineyard Arts & Ideas. “The Bloom Girls” was four years in the making. After that, on top of being talented, she got lucky. She attended a Writers’ Digest Conference, pitched her novel to an agent who passed her on to another agent more suited to her work, and that agent landed her a book contract. An option for a second book sent Ms. Cavanagh scurrying back to the keyboard, and she’s now spinning a fresh story, also about sisters, in this case twins.

This coming Tuesday, April 18, at 5 pm at the West Tisbury library, Ms. Cavanaugh will read from “The Bloom Girls” and sign copies.

Also of interest from two of our seasonal authors are the following:

“Keeper of the East Bluff Light” (Pria Publishing), by Kevin Parham of Plymouth, is an intriguing tale about the running of lighthouses with wicks and flames, in the last gasp of time before they were automated. Mysteries and other deeds most sinister arise and, yes, the East Bluff Light is a roman à clef for our own East Chop Light.

From summer residents of Oak Bluffs Jeannie Gionfriddo and her son Mark Gionfriddo comes a riveting tale about Boston in 1920, and the dazzling scheme by Italian immigrant Charles Ponzi to make vast amounts of money for himself and his investors.

Mr. Ponzi, as we’re all now aware, raked in dollars from rich and poor alike, and returned their emoluments by taking in fresh money from rich and poor alike. He was, undeniably, a con artist, but he also possessed a kind of idiotic optimism that the pyramid of cash would keep on keeping on. The authors researched their tale through their friendship with Hart Lester Allen, wife of bank commissioner Joseph C. Allen, who noticed financial oddities at various banks and took the great Ponzi down. The book is called “Good Night, Dear Hart, Good Night: The Untold Story of Hart Lester Allen and Her Connection to the Infamous Charles Ponzi.”