In a welcome reprieve from the classroom, more than fifty students from three separate Martha’s Vineyard Regional High School (MVRHS) clubs traveled off-Island this past week for an enriching immersion into real-world learning environments.

Students in the Model United Nations (MUN) club traveled to New York City, where they were among over 3,000 other students from across the globe advancing their understanding of the United Nations and other international issues at the nearly week-long conference. The event was a culmination of the work that the 14 students in the Model U.N. club have been doing since September.

Senior Ellie Hanjian has participated in Model U.N. for all four years of high school. She said, “I was inspired to join after a debate project I had done in eighth grade. I was also interested in social studies and history, so the club was a great opportunity to learn more about those subjects in a non-classroom context.”

Each high school is assigned a country to represent at the beginning of the year. This year, MVRHS was assigned Cambodia. Delegations of one or two club members work under larger MUN committees to learn about an international issue in-depth. Students must then learn how to effectively debate, research, and write on these issues. Finally, they meet with their committees in New York to resolve the issue.

Senior Elias Fhagen-Smith has been participating in Model U.N. for the past two years. “This year I researched the war crisis in Darfur, Sudan. I would have never known about this issue. Over the past two years I have learned things that aren’t part of the high school curriculum or typically taught in a high school classroom,” he said. “At the conference the people who are best able to communicate their ideas to a large group of people are the ones who are most successful. This is a skill I have learned at Model U.N. that I don’t feel I would have learned otherwise.”

The One World Club exchange trip centers on better understanding diversity and teaching tolerance, and it began as a partnership with the High School of Economics and Finance in New York City back in 2010. Each year, members from the high school visit their peers in New York City, and then in June, the New York City kids make the trek over to the Vineyard to experience rural life. Topics of conversation and curriculum include a celebration of culture as they address the diverse communities in existence on both islands.

Students from the regional high school shadowed their New York counterparts for their 45-minute class periods, which are half the usual length of an 85-minute block at MVRHS.

Junior Susanna Becchio was one of the 21 students to attend. “Being able to see what it’s like at a different school made me appreciate some of the things we have at our school, and also see some things that could be changed at our school,” she said. “It was cool to see how their schedules were set-up totally different than ours. Some kids have to travel more than an hour to school which I found crazy since I only travel 2 minutes to school everyday.”

Mrs. Weintraub founded this trip and has been hosting it ever since. “Cultural exchange is vital to our mission of building a better and more inclusive school environment and we certainly got that,” she said. There are more than 50 languages spoken at the High school of Economics and Finances.

The high school’s Business Club has joined the One World Club exchange for the past few years, since they share a common interest with the High School of Economics and Finance.

Senior Paulo Perreira, along with 12 other students in the Business Club, went on the New York City trip this past week. “I went on the trip because I thought it would be a new and fun experience, especially since I am interested in majoring in a field pertaining to business next year. I learned about the diversity within the High School of Economics and Finance as well as the diversity of New York itself,” he said.

Junior Marissa D’Antonio said, “The school we visited didn’t have any windows, and the classrooms were small and packed with desks. There were over 40 kids in the statistics class I attended which was shell-shocking since I am used to a twenty-kid class size being considered large.”

In addition to introducing students to the cultural diversity of New York, the trip offered business students the opportunity to become more acquainted with the daily operations of a business firm. Students visited and learned from a partner at PricewaterhouseCooper–one of the “Big Four” global accounting/consulting firms in the U.S.–about what it takes to be an employee and/or partner, as well as what they do as a company.

Marissa said, “My favorite part was not only seeing the city but seeing what my life would be like if I lived in New York and went to high school there–and what my future could look like if I pursued business.” 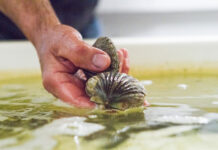 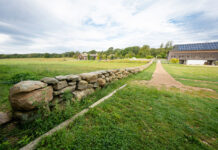