About two dozen West Tisbury residents — and at least one Chilmark resident — literally put their heads together on April 19 to identify the riskiest spots in West Tisbury for cyclists, pedestrians, and vehicular traffic.

The group clustered around tables poring over maps of the town at Howes House in West Tisbury, at a public hearing held by the town’s Complete Streets Committee. The committee wants to qualify for as much as $450,000 in state grants for community street-safety projects. The participants used pens to mark specific spots on the maps and to write comments on the hazards in the map margins.

By the end of the evening, participants had identified specific danger spots and wider areas that need attention. They also thought user etiquette might be improved with education.

Berta Geller, chairman of the committee, a subcommittee formed by the planning board, liked the interactive way the hearing worked. “We are still collating responses, and we have decided to expand the opportunity for input by installing large maps at Up-Island Cronig’s, the library, and at both the West Tisbury and Charter schools so that residents can mark areas of concern and make comments,” she said this week.

The committee will report its findings by September to the planning board, to be included in a grant proposal to the state Department of Transportation (MassDOT), which administers the statewide Complete Streets effort, offering up to $450,000 to qualifying communities to make their roads safer.

“It’s a new program [launched in 2016] and provides for $50,000 in money for planning development and up to $400,000 for implementation. We don’t know how much funding will be available this year, but we will apply and see. I suppose there will be a lot of competition for the funds. Our committee was formed last year for this purpose, initially for biking, but we decided to address the subject in a more holistic way,” Ms. Geller said.

Along with the narrow bridge, other necessary improvements identified included widening the road at the Mill Pond on the Edgartown-West Tisbury Road; installing warning lights and lowering the speed limit at the Martha’s Vineyard Charter School on State Road; creating a safe bike route from Vineyard Haven to West Tisbury center; connecting the bike path from the Manuel F. Correllus State Forest to Old County Road; widening and creating shoulders on town roads for cyclist safety; and giving Lambert’s Cove Road safe shoulders.

Richard Olsen, West Tisbury’s highway superintendent, knows town roads, and often travels them. He supports road-sharing with bicyclists and vehicles, but he worries about growing traffic.

“This [hearing] is a great idea. Something has to be done. The traffic is becoming really different now. There are speed issues, lots of bike rentals, more families with small children and bike trailers with kids in them. Ideally, I’d like to see a better road [for multi-use traffic] from West Tisbury center to Aquinnah,” he said.

Chuck Wiley agreed with Mr. Olsen. “When you are driving a truck and trailer, it’s a whole other ballgame. You really have to take your time in order to pass safely,” he said.

Cyclist and West Tisbury resident Tony Omer focused on more general aspects of bike travel on paths and roads: “The issue of road shoulders is huge. Some have degraded, and in some places there are none at all for bicycles to use to allow traffic to pass.” 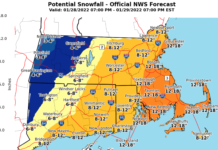