Selectmen have agreed to move a little more than $5,000 from one line item to another to cover the cost of training for the town’s animal control officers.

The board made the decision at its May 3 meeting on the recommendation of town accountant Bruce Stone. State law authorizes the line item transfer with the consent of the finance committee, Stone told the board.

The training is needed because the town’s animal control office retired, Mr. Stone said. With two new officers, who both need mandatory 12-week training at a cost of $7,800, the budget would be $5,320 short, he said.

“It’s my recommendation to cover that [shortfall] with the line item transfer because it’s all within the animal control department and it’s personnel related,” Mr. Stone said. “I’m also concerned we may not have enough money in our reserve fund for some other items that are coming up that we’re kind of nursing — such as the unexpected expenditure for radon mitigation for $8,000, and the circuit board of the elevator blew out, that costs us about $5,000.”

Board chairman Jeffrey “Skipper” Manter voiced his negative opinion on the topic despite the approval.

“Of course I’m not in favor of this because I only believe the town meeting should be able to move money back and forth,” Mr. Manter said. “It strikes the chord of old-fashioned town government — that is what the reserve fund is for.”

In other business, selectmen spent more than 20 minutes discussing “vehicle use policy” regulations for town vehicles, which included no driving of family members. Selectmen will vote on the policy once a draft has been circulated.

Selectmen also voted to approve a host of town appointments, including the appointment of former town selectman Richard Knabel as the member-at-large for the capital improvements committee.

In addition, there was discussion on whether or not to put cameras in town hall to record people “coming and going.”

“I think it’s a good idea; I have no objection to this,” newest selectman Kent Healy said.

Lastly, selectmen approved to “accept graciously” the $5,147 donation from the West Tisbury Firemen’s Association, which was given to cover the gap between what was granted at town meeting and the cost of a new pumper.

“There’s nothing that says they have to do this, but they do it in the spirit of helping the town, and we appreciate it,” Mr. Manter said. 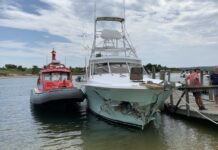