Ken Barwick, Tisbury building and zoning inspector, notified selectmen on Tuesday that he has been advised by town counsel and the State Ethics Commission not to be involved with the new Martha’s Vineyard Museum project because of his property’s close proximity to the site. “Because of my home’s proximity to the Marine Hospital project, that implies that I have a financial interest in the project, meaning the value of my property,” Mr. Barwick said.

Mr. Barwick has been advised to have his property appraised now and reappraised after the project is completed to see if there is a difference in value; he said he believes it will be depreciated.

He was told he shouldn’t speak with people involved in the project, nor issue permits or perform any duties as building inspector that are related to the project.

“I can’t touch the job, if you will,” Mr. Barwick told selectmen.

In his place, Mr. Barwick suggested Marc LaPointe, a state building inspector at the Massachusetts Department of Public Safety, to be the person who could issue permits and conduct inspections. There may be another inspector on-Island, or the museum could be required to hire a professional service technician. The position is similar to an architect, and as the project is underway, the person would certify materials and check the designs to make sure they are consistent with what’s being built, as well as report whether everything is in compliance after the completion of the project. 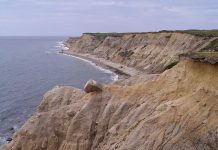 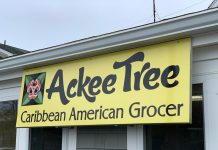