If you’re like me, you’ve been to Union Chapel, that historic eight-sided building on the outskirts of the famed Oak Bluffs Campground, to hear a concert or listen to a speaker. The acoustics are incredible, and the light that pours in through those many triangle windows is equally impressive. I haven’t yet, though, been to a 10 am Sunday summer service at the chapel. After looking at the visiting speaker series, I’m pretty sure I may be missing out by not getting myself there on a Sunday.

July began with a visit by Dr. Paula Johnson, the first African American president of Wellesley College. Dr. Johnson has devoted her life to advancing women’s health, education, and their development.

Next Sunday, July 9, features the Rev. Mariama White-Hammond, associate minister for ecological justice, and interim children, youth, and family pastor, at Bethel AME Church in Boston. She was involved extensively with Project Hip-Hop in Boston, an organization that helps young artists use their gifts for social change.

The rest of the July calendar brings the Rev. Kenneth J. Kieffer, Connecticut district superintendent of the United Methodist Church, on July 16; the Rev. Susan Sparks from Madison Avenue Baptist Church in New York on July 23; and the Rev. Dr. John Wilson, a president in residence at Harvard University, on July 30.

These impressive speakers are visiting a place on the Island steeped in its own history. The building was actually known as the Oak Bluffs Christian Union Chapel, with construction beginning in 1870. You would think with all the church-related events going on in the Campground, another church would not necessarily be needed. Union Chapel was different; it was built to welcome visitors who didn’t identify as Methodists but who still wanted to attend a nondenominational Christian church on the Vineyard, and it was the first church constructed to serve that population on the Island. It was acquired by the Preservation Trust in 2002.

I asked Bow Van Riper, the esteemed and knowledgeable research librarian at the Martha’s Vineyard Museum, for some background on the building.

“The architect, Samuel Freeman Pratt, was also responsible for the Sea View Hotel (which opened in 1871 at the head of the steamer wharf, and burned to the ground in 1892), and for 20 or so of the finest cottages in the Campground. There was originally a tall bell tower beside it, and an octagonal steeple atop it (both with roofs covered with bands of colored shingles), but these were demolished in 1928,” Mr. Van Riper wrote in an email.

He said that preachers of different denominations from all over the Northeast took to the pulpit in rotation. “A series of programs from the 1930s lists Presbyterians, Lutherans, Baptists, and Episcopalians,” he noted.

And because of the acoustics, vacationing singers and musicians were also welcome to perform as part of the services. Then Mr. Van Riper added his own not-so-historical observation: “The light in that place; oh, my, the light!”

I think a Sunday visit is in order.

Union Chapel is located at the intersection of Circuit, Kennebec, and Narragansett avenues in Oak Bluffs.

The Martha’s Vineyard Hebrew Center hosts Joan Nathan for a talk and dinner on Friday, July 7. The center’s Summer Institute Speaker and Film Series are underway. The speaker series happens every Sunday evening at 7:30 at the Hebrew Center, and the films, also at the Hebrew Center this year, take place on Thursdays at 7:30 pm. Coming up in the speaker series July 6 is “Washington Transformation? Politics, Polices, Prospects” with Allen Sinai of Decision Economics, Stanley Fischer, vice-chair of the Federal Reserve, and Kenneth Adelman, arms control negotiator for Ronald Reagan. You can read an overview of the film series in the Calendar section of this issue of The MV Times.

Faith Community Church has moved to the great outdoors for its 10 am Sunday service. This nondenominational Christian church holds services at 539 County Road in Oak Bluffs, adjacent to Jardin Mahoney, throughout the summer.

Say hello to friends at Good Shepherd Parish at their malasada stand at the Tisbury Street Fair on July 8. And, finally, don’t forget that Grace Episcopal Church’s lobster roll sale is back in business every Friday, 4 to 7 pm.

Send news from your faith community to connie@mvtimes.com. 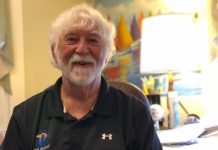 Have Faith: Saying goodbye, for now

Have Faith: Waiting on God 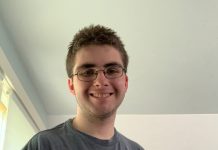