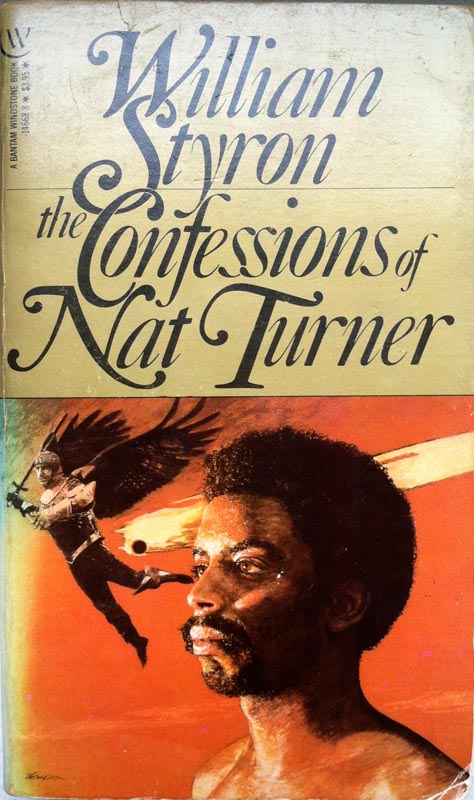 On Aug. 21, 1831, African American slave Nat Turner initiated one of this country’s 33 recorded slave rebellions. Mr. Turner led approximately 80 other slaves in a six-week rebellion in Southampton County, Va. The armed conflict resulted in the deaths of 57 whites, and the death by hanging of Mr. Turner and more than 20 of his cohort.

The extant confession by Mr. Turner after his capture remained in the county public records, and became the source for “The Confessions of Nat Turner,” a 1967 Pulitzer prizewinning novel written by William Styron, the late Island resident. Mr. Styron was born in Southhampton County, Va., just down the road from where the slave rebellion was organized by Mr. Turner.

“Bill [Styron] wanted to write that story all his life,” Island author and writing coach John Hough Jr. said in an interview this week. “He grew up, literally, just down the road from where Nat Turner lived, and where all the events took place. The rebellion is part of Bill Styron’s personal history.” Mr. Hough will discuss the book on Tuesday, July 25, at 7 pm in the West Tisbury library as part of the ongoing “Islanders Read the Classics” discussion series, sponsored by The Times and area libraries.

“Rose Styron [Mr. Styron’s widow] described Bill to me as a risk-taker. He was taking a risk with ‘Confessions,’ as he did 12 years later with ‘Sophie’s Choice,’” Mr. Hough said of the novelist who framed his fiction largely in terms of the morality of mankind. “Sophie’s Choice” was Mr. Styron’s novel centered around a young mother’s experiences in a Nazi concentration camp.

“The risk he took was the reaction he would get,” Mr. Hough said of Mr. Styron’s six-year effort to write the novel.

In 1967, as the U.S. writhed from urban riots and racial conflict, Mr. Styron’s rendering of Nat Turner as a sympathetic figure with conflicted feelings toward whites, and his bumbling attempts at revolution, produced a firestorm of reaction. African-American writers and intellectuals excoriated the book, though several, including James Baldwin, defended Mr. Styron’s work.

The crux of the matter may relate to historical perspective: To measure the man, we have only a confession from Mr. Turner taken in his jail cell by a white lawyer shortly before his conviction and execution. Other literary and film characterizations are widely divergent from one another and Mr. Styron’s depiction.

That may be, as Harvard professor Henry Louis Gates Jr. observed in a filmed interview, because “there is no Nat Turner back there, whole, to be retrieved. You would have to go and create Nat Turner.”

Mr. Hough is prepared for a discussion of the book on both its literary merit and its social and racial implications. “Yes, I expect we will discuss those implications. I’ve read the book three times, and it is arguably the last great American novel,” Mr. Hough said.

There is no conflict on the literary merit of the book, Mr. Hough believes. “I love his great style, the symphonic richness and eloquence of his prose. His unique style is not immediately evident as it is in Hemingway and Faulkner, but the reader discovers it pretty quickly,” Mr. Hough said.

“The final scene, in which he kills a young white woman, is the most wrenching and poignant I’ve ever read,” Mr. Hough said.

John Hough’s discussion of William Styron’s “The Confessions of Nat Turner” takes place on Tuesday, July 25, at 7 pm at the West Tisbury library. This program is free and open to the public. Presented by The Martha’s Vineyard Times and the Martha’s Vineyard Library Association.