An audience of blue state voters were seeing red Sunday night at the packed Grange Hall in West Tisbury as they considered the aftermath of the 2016 election of Donald J. Trump as the country’s 45th president.

The evening of political discussion on that subject, featuring three national political pundits under the guiding eye of moderator Charlayne Hunter-Gault, was titled “We Can’t Make This Up,” and kicked off the 2017 “Islanders Write” conference, sponsored by The Times and Martha’s Vineyard Arts & Ideas magazine.

After seven months of international pratfalls and domestic unrest coming from the Trump White House, amid multiple investigations of potential wrongdoing by Team Trump, the Sunday-night audience was clearly hoping for specific good news: an abbreviated Trump presidency.

“If you are thinking impeachment or Article 25 [removal of a president due to inability to perform the duties of office], forget it. That’s pure fantasy. Congress has no appetite for that. It’s possible that by 2020, he’ll have told himself he’s already made America great again and leave,” Mr. Patterson said.

For his part, Mr. Shapiro said he plays a favorite scenario in his head. “It’s the morning of January 20, 2020, Inauguration day, and Donald Trump is alone in the Oval Office. Most of the furniture and all of his retinue is gone. He’s watching “Fox and Friends,” his last bastion of support, and now Fox has turned on him, leaving him screaming at the TV set all by himself.”

That visual drew appreciative murmurs, but Callie Crossley, a deft gatherer of public opinion and perspective for her public broadcasting venues, thinks it could be eight years. “I think Ric [Patterson] is being optimistic,” she said.

“I’m looking at the folks on his side who should be able to coalesce and stand up, but I don’t see it happening. Something bad happens, and we say, ‘Now, they’ll act,’ and nothing happens. They’re going to be pushed to the wall [before taking action],” Ms. Crossley said.

“They’re scared of the Trump base, the folks back home in the gerrymandered districts,” Mr. Patterson said. (Gerrymandering refers to a longstanding practice of drawing electoral district lines to favor candidates of one party over another.)

The ongoing congressional and special prosecutorial investigations of the Trump camp have Mr. Patterson’s legal antennae up. The former SEC liaison to the Watergate investigative committee said, “As a former prosecutor, this thing smells. It smells really bad. Looking at the team the special prosecutor is building, following the money, it may be the financial aspects. This isn’t going away with a whimper,” he said.

But if we are in a Trump presidency for the longer haul, asked one audience member, what should Trump opponents do now?

Panelists recommended continuing active involvement with available tools. “What you can do is vote, but a vote for Jill Stein doesn’t help,” Mr. Patterson said. Ms. Stein, the Green Party candidate, played a spoiler role in the 2016 election, garnering 131,000 votes in three key swing states that Mr. Trump won by only 78,000 votes.

“People need to engage, to create wider space to include people who want to move forward in an orderly direction. Whatever you can do, money, running for office, or just talking,” Mr. Patterson advised.

Ms. Hunter-Gault said the game plan of civil rights activists of 50 years ago applies. “We just kept coming back. You have to keep coming back,” she said. Ms. Crossley added, “Civic engagement. Those wheelchair sit-ins were impressive to me. This is a long game; we have to keep coming back and be public punching bags for awhile. If you get tired of it after three or four months, you are not involved.”

Panelists and the audience engaged in a brief postmortem of the campaign. They saw a string of campaign mistakes. “I would have told Hillary Clinton that she had the right to make speeches to Goldman Sachs for $670,000 she didn’t need, and she had the right to run for president, but not to do both,” Mr. Shapiro said.

Panelists also pictured a media industry that fueled the Trump candidacy as a result of confusion and greed. Mr. Shapiro referred to a quote from a network CEO saluting a Trump campaign that might be bad for the country but was great for his network’s revenue and viewership.

Mr. Patterson noted that cable networks gave the Trump campaign $3 billion of free publicity, while his primary opponents scrambled for scant airtime. “By the time the media figured it out and made a course correction, it was too late,” Mr. Patterson said.

Ms. Crossley noted that hardened positions by voters and media on both ends of the political spectrum have resulted in a loss of information. “People are talking past each other,” she said, offering an example of underreporting on an issue important to voters in both camps. “The very first thing President Trump did, his first act in office, was to sign an order removing mortgage tax credits for low-income homeowners. They don’t know that. We don’t know what’s going on,” she said.

Going forward, Mr. Shapiro said, Democrats have to get their house in order and run campaigns on “kitchen table” issues. Mr. Shapiro said that Republican strategists are saying they hope Democrats run on Russia in 2018, rather than jobs and the struggling Trump agenda. “People don’t care about Russia. They care about jobs and health insurance, and Republicans don’t want the focus there,” he said. 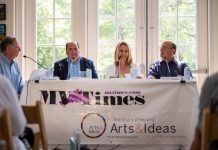 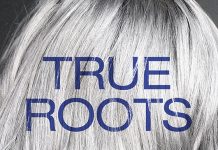 Gifts for the bibliophile in your life 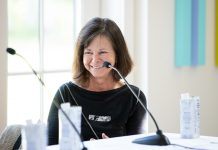 Writing advice from the pros