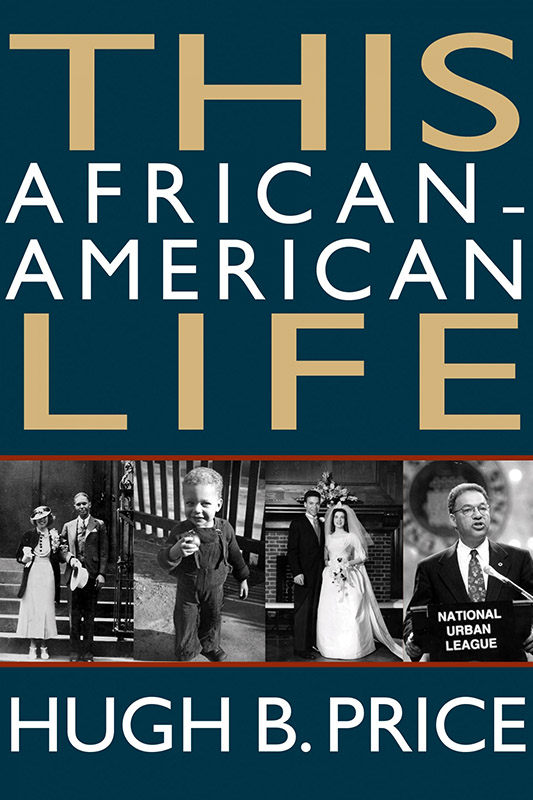 Hugh Price recounts his remarkable life and achievements in a range of career disciplines in “This African-American Life.” The memoir is also an intriguing and different history of an African-American family’s involvement in the shaping of America dating back to the Revolutionary War.

Mr. Price, now 76, may be best known for his tenure (1994-2003) as president of the Urban League. But the Yale Law School graduate’s career prior to revitalizing that civil and economic rights organization spanned several fields, in the trenches and the boardroom, from storefront street lawyer and community activist to high-impact journalist. Prior to his Urban League tenure, Mr. Price served on the editorial board of the New York Times, and as senior vice president and director of the production center for WNET 13, New York‘s public television station and a flagship of national PBS programming.

Mr. Price delivers an accounting of his career in an often disarming style that allows us to see the man beneath the public figure, as when he writes about his dream of becoming a pro baseball player. And had he been able to hit that pesky curveball, we might be reading about a successful baseball player. Mr. Price’s youthful goal, growing up on the edges of the Jim Crow South in the Washington, D.C., of the late 1940s and early 1950s, was fueled by the instant emergence of black stars after Jackie Robinson integrated major league baseball in 1947.

The nasty nature of the curveball intruded, but did not deter him. He saw education as a way to success, and pursued it, choosing the best high school and ignoring advice to choose a mediocre career path.

Mr. Price’s story is not an up-from-poverty tale. The son of a successful surgeon and an activist mother, the Prices lived a comfortable though socially circumscribed life in Washington, D.C. The young Hugh Price could attend the high school of his choosing, but could not attend an all-white movie theater close to his home.

Perhaps the most remarkable element of his story is the sense we get of a restless, inquisitive mind aided by an awareness of environment, an on-point acuity that allowed him to make the right decisions at the right time in a turbulent social era.

Mr. Price was accepted to Harvard but chose Amherst College in western Massachusetts, an academic equal to Cambridge, but offering a smaller, more socially involved community.

As a black graduate of Yale Law School in the early 1960s, Mr. Price was wooed by big-name law firms, and interviewed with only one before choosing to become a public defender in New Haven.

Of his decision to do activist lawyering, Mr. Price said, “It wasn’t uncommon at all at the time. We had a lot of role models like John Lewis and Eleanor Holmes Norton, and our own contemporaries.” His community work and an ability to write compelling strategies and grant applications got him hired by the city of New Haven, where he learned the blood sport of local politics.

In 1967, New Haven exploded in riots, as did other larger cities, but New Haven was more shocking to those of us raised in these parts. New Haven was different. Yale cast a long intellectual light on the city, and its bustling manufacturing industry and graceful shoreline seemed idyllic compared with Newark and Detroit.

“There was proximity to tinderboxes like Newark. The aspirations for New Haven were so lofty, and urban renewal was the engine, but New Haven couldn’t outrun its problems, and poverty issues came alongside manufacturing shutdowns.

“And Yale was a hub of activism, beginning with its president, Kingman Brewster.
It was a time of activism for a high concentration of students at Yale. Ericka Huggins and the Black Panthers [were prominent] in New Haven,” he recalled, noting the presence of Yale chaplain William Sloane Coffin, a former CIA officer who was out front in civil rights and anti–Vietnam War protests.

Every memoir has a constancy to the narrative thread of the life under discussion. As we read Mr. Price’s book, we see an ability to make the right decisions at the right time to advance the interests of his passion and his career. His choices and success indicate a degree of self-knowledge and self-reliance to hit the curveballs in the high-stakes game of public life.