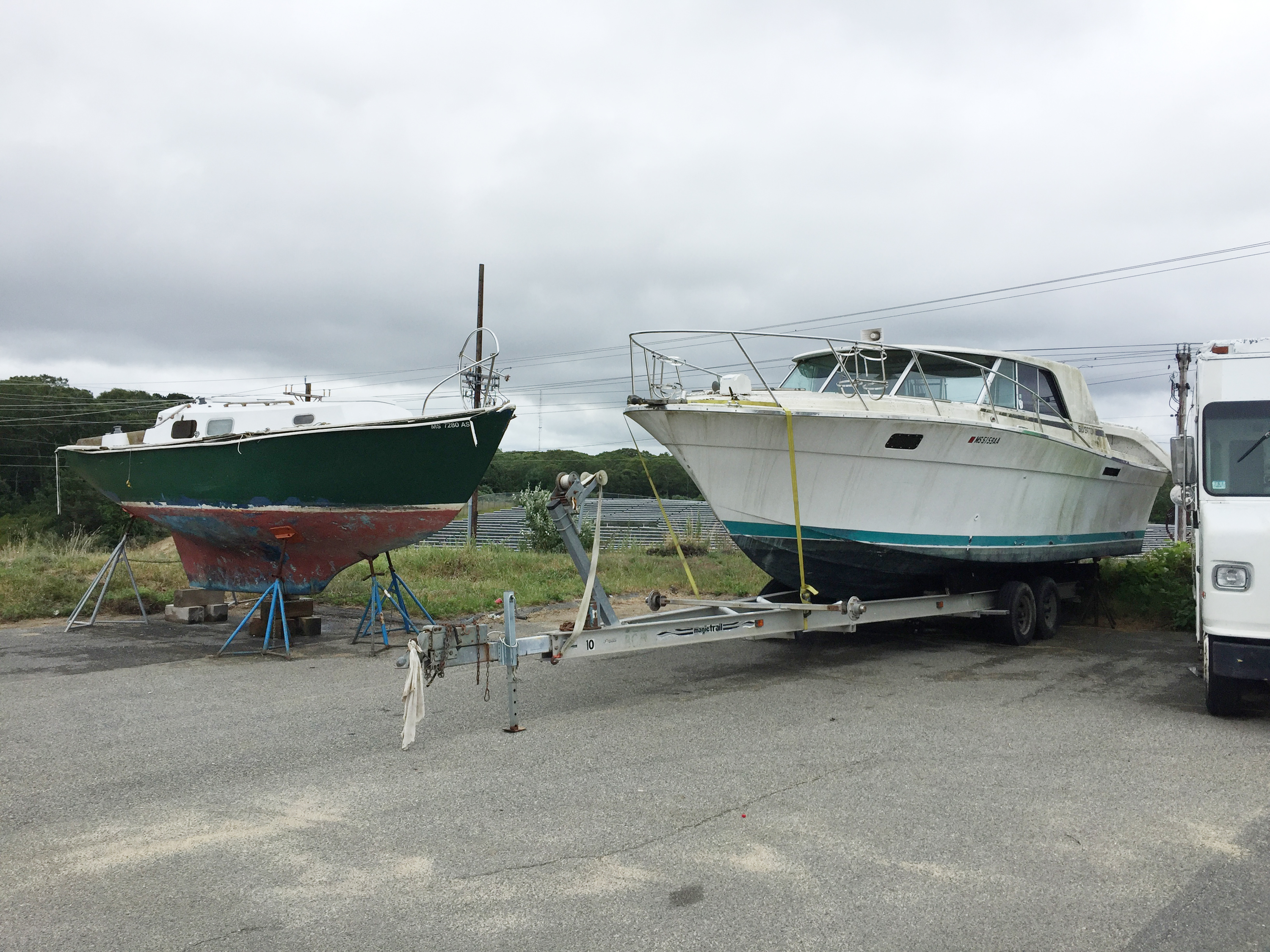 Tisbury police have sought criminal charges against a New Bedford man for the abandonment of a boat on a trailer at the Vineyard Haven Park and Ride. The boat, a shabby Silverton named The Big Blitz, is causing headaches for harbormaster John Crocker because it’s boxing in another abandoned vessel, a sailboat, that he’s slated to be hauled off and demolished.

At different points in early July, Police Lt. Eerik Meisner and Det. Max Sherman advised Casey Ray, formerly of Taunton, that he needed to remove his trailered boat from the Park and Ride, according to a police report. Mr. Ray told Det. Sherman he was having trouble getting over on the ferry. Det. Sherman advised him that boat needed to be removed by July 10. It was not, the report states. Subsequently Det. Sherman charged Mr. Ray with abandonment of a motor vehicle, uninsured vehicle in a public way, unregistered vehicle in a public way. Charges were initially sent to an address in Taunton, Lt. Meisner said, but had to be resent to New Bedford because Mr. Casey moved. He now has a court date in October, Lt. Meisner said.

The Big Blitz might be more appropriately be called The Big Lineman, as far as Mr. Crocker is concerned, because it’s doing a stellar job of blocking a derelict sailboat from rushing to Bruno’s. According to Mr. Crocker, the sailboat sank unoccupied at a mooring in Vineyard Haven Harbor last year, and had to be hauled back up by R.M. Packer Co. Mr. Crocker then had Martha’s Vineyard Shipyard move it up to the Park and Ride while he figured out who owned it. This turned out, after extensive sleuthing, to be nobody, he said, and so began an ordeal to gain title of the sailboat so he could dispose of it. Mr. Crocker said he is now in possession of the title, and is hankering to send the sailboat on its final voyage if only The Big Blitz would let him.