So you’ve been pretty busy these last 30 years and, for a range of reasons, saving for retirement has taken a backseat. The last 15 haven’t been a cakewalk either. A recession starting in 2001 exacerbated by the 9/11 attacks. A housing boom followed by a severe housing crash, wiping out all those boom gains. And a bonafide financial crisis that damaged personal balance sheets and wiped out millions of  jobs. All the while getting kids in and out of college. For a lot of people, saving for retirement has proven to be an elusive goal for all these reasons and more.

So I will look at two scenarios for which I will provide some advice for those who are getting a late start. As a caveat I want to note that investment returns are one of the biggest variables in these kinds of scenarios, and the planning results are based on below-average returns well into the future. This is due to the current high valuations of both stocks and bonds. But this also makes the results more conservative, which is a good idea when planning. And if returns are somewhat better, reaching our goals will get easier.

A recently divorced woman in her mid 50s. Has a good job, some equity in her home and no more college expenses. Due to legal expenses and various issues related to her divorce, she has very little saved. She plans to work ( as her parents did) will into her 70s, but wonders: Will I ever be able to slow down or even retire? Where do I begin to save?

A married couple in their mid 50s who has put their money into their home, and raising and educating four kids. They have good equity in their home but have very little saved even though they both work. Now they need to catch up so that they might retire in 20 years.

In the first scenario I will assume the following financial information to start filling in the blanks: $100,000 current income, $2,000 in anticipated monthly social security benefits (her income was much lower for the majority of her career), a retirement budget of $65,000 per year, not including her Medicare costs. She would also like to spend $5,000 (in today’s dollars) every other year on travel once she retires, until she is 85. She’d like to stay in her home, currently has $12,000 in her retirement plan, will contribute 10% with a 3% match. She is investing 70% in stocks and 30% in bonds; she also has a Roth Ira with $5,000 which is also her emergency fund.

How do things look in 20 years?

Pretty bad unfortunately. She has very low odds of covering her costs through her life expectancy of 93. So what can she do? If she sold her home and realized $300,000 of profit her odds jump dramatically to about 50% in reaching all her spending goals. But while that’s a big improvement it’s also a coin flip. So what else can she do? If she increased her 401(k) contribution to 14% of her current annual income, her odds become 60%. But those aren’t real reliable odds. We need more changes. And they may not be as painful as you might fear.

And if she takes those additional steps? Her probability of covering all her goals is now almost 80%, which I would consider pretty good odds. And she still gets to take those vacations every two years.

How let’s look at the married couple:

They make $140,000 in income. He is 53 and plans to retire at 75. She is 52 and plans to retire at 74. All of their children are out of college, so aggressively saving for retirement is their first priority. He expects to get social security of $25,000 a year; she expects $12,000. They want to start collecting at their full retirement age of 67. Coincidentally at that time their mortgage should be paid off. With the social security and no mortgage they want to start traveling before they get too old and want to spend $6,000 (in today’s dollars) every other year for the next 10 years. He has $50,000 in his 401(k), is invested 70% in stocks and 30% in bonds and will contribute 10% and get a 3% match. She has $20,000 in her plan, expects to contribute 8% and also get a match from her employer. She is invested 60% in stocks and 40% in bonds. They also have $10,000 in a savings account for emergencies. They want to plan for $75,000 in income in retirement, not including their health care.

So how does this look in a little over 20 years? Unfortunately pretty bad. They are at high risk of outliving their assets as soon as 10 years after they retire. So what can they do? They should consider selling their house when the mortgage is paid off. That gives them a bit over $400,000 to invest, which improves their odds of success to 30%, which is still far too low. So let’s have them take their social security at 70 instead of 67. That will give them an additional $8,000 in income but their odds are only a bit above 40%.

So let’s make him contribute 14% to his retirement plan and she will contribute 12%. This now improves their odds to over 60% but we need to do more. So we reduce their income budget in retirement to $60,000 and reduce their travel plans to three trips from five. Their odds of covering all their costs in retirement now rise to 77%. Three out of four odds are pretty good. And they still get to retire when they originally planned.

So, as we can see, even if you are starting late on retirement saving you can still get pretty good odds. It will entail more saving than you might anticipate, probably downsizing your living arrangements, lowering your discretionary costs and having the opportunity and require some luck in being able to work until you would like to stop.

What is really most important about this exercise? Setting realistic expectations. Believe it or not, you may be a bit too pessimistic. Or maybe it’s worse than you thought. Now is the time to start warming up to the possible reality of your retirement years. If you are in a situation like those described, you need to have a real and disciplined plan for the next 40 years. Consider using a good financial planner who can help you work through these scenarios and who can help you set realistic expectations well ahead of time. Retiring and getting a bunch of unhappy surprises is a future that no one wants. 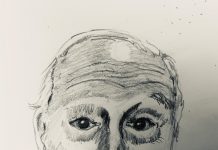 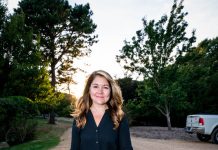 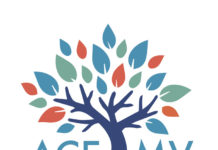