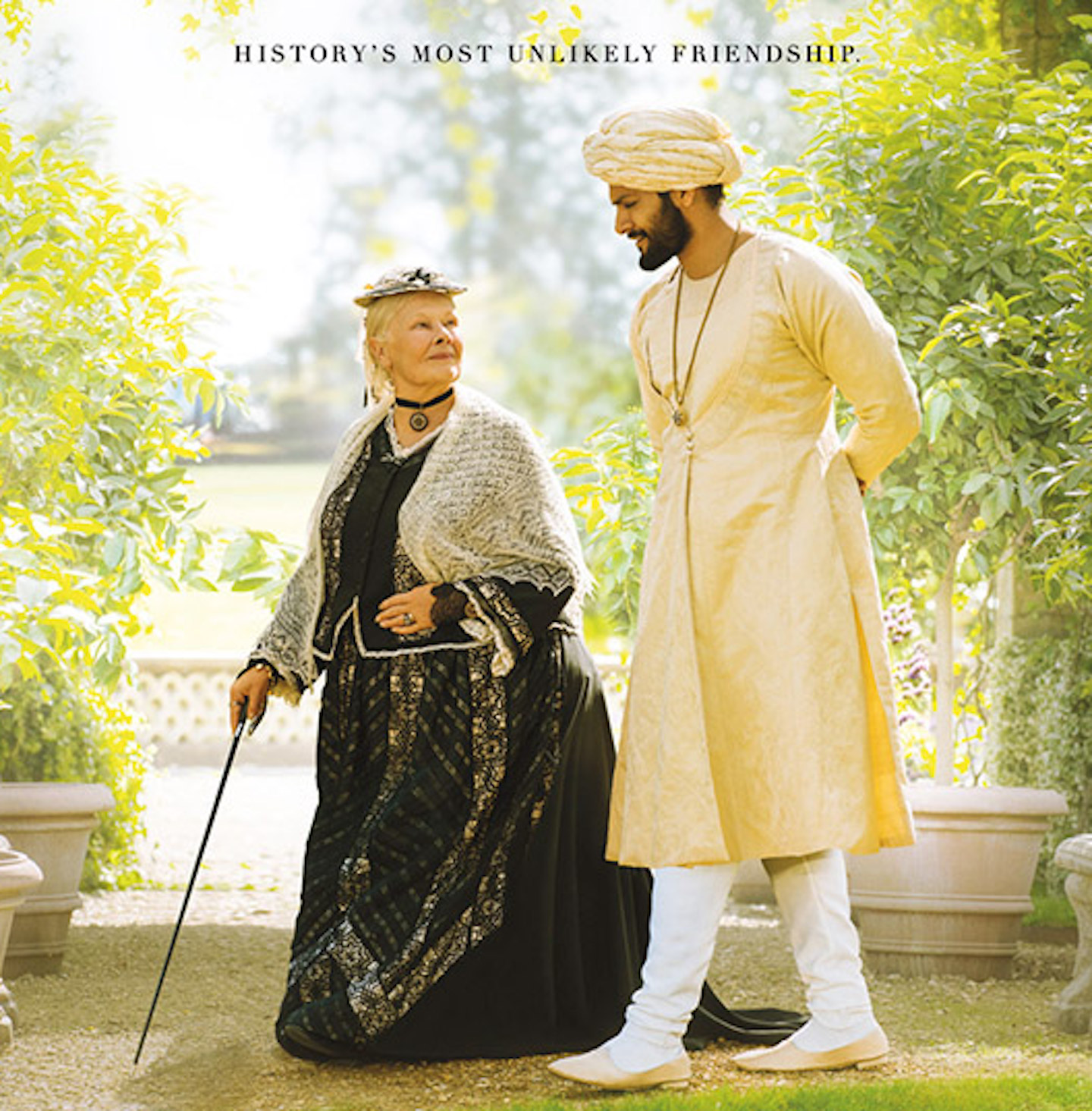 In “Victoria and Abdul,” Queen Victoria, who reigned for 63 years, strikes up an unexpected friendship with a young Indian man almost one-third her age. The film plays this weekend at the M.V. Film Center.

The incomparable Dame Judi Dench brings the aging queen to life. She also played Victoria in “Mrs. Brown” (1997), about another of the queen’s passionate relationships after the death of her beloved husband Albert. She received an Oscar nomination for her role in that film.

As Victoria in “Victoria and Abdul,” she’s overweight, bored, and lonely, until Abdul Karim arrives from India. Abdul is played by Bollywood actor Ali Fazal, who also appeared in “Furious 7” (2015). Abdul has been sent to present Victoria with a gold coin from the Raj in honor of her Golden Jubilee in 1887. Ordered to follow royal protocol, instead he ignores it, looks directly at her, smiling, and kisses her foot. She is captivated and soon elevates him to be her “munchi” or spiritual advisor.

The queen’s retinue, including her son Bertie (Eddie Izzard), who as Prince of Wales will succeed her, is horrified. Other several accomplished actors, the late Tim Pigott-Smith as Sir Henry Ponsonby, her private secretary, and Michael Gambon as Prime Minister Lord Salisbury, appear. In conjunction with Dame Dench, they help enliven “Victoria and Abdul.”

Stephen Frears, who has made his name with films like “My Beautiful Laundrette” (1985), another multi-cultural story, directs. The screenplay by Lee Hall is based on a 2010 book by Shrabani Basu. Once Victoria dies, her son burns all of the correspondence and other evidence of his mother’s relationship with Abdul, sending him back to India. It wasn’t until many years later that Basu uncovered how much Abdul had been part of Victoria’s life in her latter years.

Under Abdul’s tutelage, she learns how to speak Urdu, and he teaches her about India, part of the empire she reigns. She savors his company despite the racism implicit in her indignant court followers. The contrast is strong between their fawning obeisance and Abdul’s open and honest respect. He remains her close companion until her death in 1901.

Abdul is not represented as entirely pure of heart. Victoria is enraged when she learns he is married, but she orders him to send for his wife. He also fails to tell her about India’s unrest under the Raj. She is shocked to learn about his unpleasant illness but orders her physician to tend to him.

While it is a charming and entertaining film, “Victoria and Abdul” does not entirely plumb the depth of the two’s relationship. Abdul’s motives and his character are left relatively undeveloped. Dame Dench, however, who manages to convey so much with the lift of an eyebrow, makes the film a rounding success.

The costumes and settings in “Victoria and Abdul” are authentic and reminiscent of “Downton Abbey.” At a time when they have been demonized as terrorists, this film offers a positive image of Muslims.

The Film Center will present “The Magic Flute,” its second Met Opera Live, on Saturday, Oct. 14.