2016 proved to be a very active year for the Island real estate market, with more transactions than any year since 2000. Performance was strong in all segments of the market except for the very high end, where there were no sales over $10 million. This was in contrast to 2015, which saw a record-breaking seven sales over $10 million, including three sales over $20 million.

Did 2016 sustain the growth of the real estate market surge in 2015? For the most part, yes, although the results were mixed. Compared with 2015, the number of properties sold in 2016 increased 4 percent to 624, total dollar volume decreased 6 percent to $636 million, and the average sales price decreased 9 percent to $1,019,800. The declines in dollar volume and average price were due to the absence of sales over $10 million. Acknowledging that the high-end market over $10 million suffered in 2016, and looking at the yearly numbers excluding sales over $10 million, a different picture of the market emerges. Without the $10 million-plus transactions, the number of properties sold in 2016 increased 5 percent compared with 2015, total dollar volume increased 14 percent, and the average sales price increased 8.5 percent. This is an impressive performance for the majority of the market in 2016.

Last year we noted that for the first time in 10 years, the peak inventory level in 2015 was lower than the number of properties sold that year. This trend continued in 2016, with the peak inventory level dropping farther, to 372, while the number of transactions rose to 624 (up from 602). This fact, combined with the resulting climb in average price, suggests we are firmly stepping into a seller’s market (under $10 million values). Unless inventory is replenished, there may be pressure on prices to rise further.

While the above statistics include all transactions and represent Island-wide performance, individual towns and market segments reveal different dynamics in 2016. Martha’s Vineyard is an island with six towns, each with its own character and specific market conditions. Within each town there are different niches as well: waterfront, water-view, high-end, midrange, entry-level and commercial properties. Because each of these market segments can be, on its own, very small, generalizing trends or making broad statements is difficult. Still, it’s fair to say that Chilmark was the leader in both the high-end market and in overall growth in 2016, while Edgartown was the leader in 2015.

Of the 10 highest sales on Martha’s Vineyard in 2016, seven of these sales were in Chilmark (plus one in West Tisbury, one in Tisbury, and one in Edgartown). Chilmark is a small market of high-end properties, where a few sales can make an impact. In 2016, pond-front properties took the spotlight, and filled the top two slots for the year in Chilmark at $7.6 million and $7.65 million (these were also the second and third highest sales Island-wide). The $7.6 million transaction was the sale of a rare 9.2-acre property with deep water dock and beach on Menemsha Pond. The house and guest cottage have exceptional panoramic views and an 11-bedroom septic system installed for future expansion/renovation of the structures. The $7.65 million transaction was the sale of an 8.3-acre property on the Tisbury Great Pond with a beautiful 5,700-square-foot, six-bedroom main house plus one-bedroom guesthouse. Pond-front properties outperformed oceanfront properties in Chilmark in 2016 with their beautiful views, interesting topography, and endless water activities, but there was a Chilmark oceanfront sale for $7,350,000 as well.

Edgartown performed modestly in 2016. The gains of 2015 proved to be an anomaly, and were unsustainable in 2016. The number of transactions fell 22 percent to 182 (from 233 in 2015), total dollar volume decreased 38 percent to $222 million (from $356 million in 2015), and average price slid 20 percent to $1.22 million (from $1.53 million in 2015). The 2016 decline may seem dramatic, but it is important to note that 2015 was a record-breaking year for the town in all sectors, and included five of the seven sales on the Island over $10 million (three of which were over $20 million), including the record-setting highest priced sale of a private residence on Martha’s Vineyard, at $24.75 million. The 2015 results proved impossible to match, and 2016 returned to normal levels of activity for Edgartown — stronger than its 2014 performance and almost identical to its 2013 numbers.

Edgartown is the largest market on the Island, with more transactions and dollar volume that any other town. Edgartown also has the most expansive price range of all the towns, from some of the Island’s lowest-priced properties to the Island’s most expensive properties. Edgartown’s lower-end market under $1 million saw 109 sales in 2016, down 27 percent from 149 sales in 2015. The midrange segment of $1 to 3 million saw 55 sales in 2016, versus 63 sales in 2015 (a 13 percent drop). And looking at high-end sales over $3 million, there were 17 transactions in 2016, compared with 21 in 2015 (a decrease of 20 percent).  Digging deeper into the high-end sales, there were only two sales over $5 million in 2016, compared with eight in 2015, and Edgartown had only one sale in the top 10 Island-wide for 2016. Overall, the entire range of Edgartown properties experienced less activity in 2016 compared with its boom year of 2015.

The sale of commercial properties grew to 20 in 2016 (up from 16 transactions in 2015). The largest commercial real estate transaction in 2016 was the sale of 80 and 100 Lagoon Pond Road in Vineyard Haven, which consists of three commercial parcels totaling 2.4 acres with warehouses, marina, and a residence for $4.6 million.

Looking back to 2012-2014, we saw the real estate market on Martha’s Vineyard stabilize from the recession of the preceding years. This was followed by an exceptional uptick in 2015, with a record-breaking number of sales over $10 million. 2016 brought about a more moderate level of growth and a solid performance for most of the market on the Island. Chilmark, in particular, saw a surge in overall market growth and strong high-end activity. The two exceptions to this healthy growth in 2016 were 1) the ultra-high-end over $10 million, which disappeared in 2016, and 2) the Edgartown market, where the performance of 2015 was just too aggressive to match. Overall, the Island real estate market was more active than ever, and significantly outperformed the years preceding 2015.

It’s worth noting that a year of reduced (or increased) activity in a specific town or market niche ($10 million-plus) is not the same as an overall trend.  There is a cyclical rhythm to sales activity on the Island. Buyers often look for several years before finding the right property, and in a market where just a few sales can make a difference, this rhythm is reflected in the statistics. There can be a backlog of active buyers (or a surplus in inventory) causing an increase in transactions one year and, once they buy, a decrease the next. The cyclical nature of our second-home market may explain the disappearance of the ultra-high-end over $10 million, as well as the more modest activity in Edgartown in 2016 after the surge in 2015. What 2017 brings remains to be seen.

As a vacation home market, the Island’s real estate sector reacts differently to national and global forces than a primary home market, but we are not immune to the effects of world events on our local economy, for good or bad. The health of the national economy will impact us, as will interest rates, which are predicted to slowly rise. There is profound uncertainty brought about by the unfolding change in political power in our country, and we cannot predict what will happen in the year to come. But we know the historical strength of the Martha’s Vineyard real estate market, and after seeing a second consecutive year of gains, rooted in a foundation of three previous years of stability, it seems a strong possibility that the Island real estate market will continue on this trajectory of healthy growth for 2017.

As inventory levels decrease further, putting pressure on prices, the shift toward a seller’s market continues. The lowest inventory of the year typically occurs in March, and the low in 2016 was 268 properties, while 2017 bottomed out at 229. 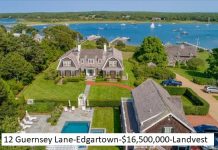 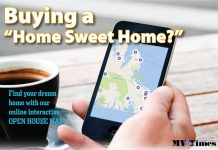