Raymond Griffitts Hyde, 68, of Delaplane, Va., and Vineyard Haven, died in Boston on Monday, Oct. 30, 2017, while visiting family and friends in New England. During his hospital stay, friends came by ferry, plane, and electric car to see and support him. 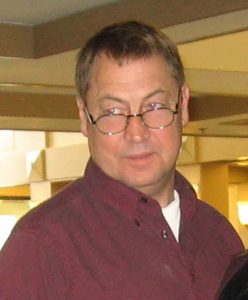 Born in Riverdale, Md. on Feb. 9, 1949, Ray grew up in Owensville, Ohio, before moving to Massachusetts for his high school years. A 1967 graduate of Martha’s Vineyard Regional High School, Ray studied marine engineering at the U.S. Coast Guard Academy. He attended the University of North Carolina, Wilmington, and received an undergraduate degree and a master of science degree in engineering management from George Washington University in Washington, D.C.

In Dulles, Va., Ray was a principal engineer for 10 years at Orbital ATK, which designs, builds and delivers space-, defense-, and aviation-related systems to customers around the world, including providing cargo delivery services to the International Space Station for NASA. Before that, Ray worked for two aerospace companies, Atlantic Research Corp. and Aurora Flight Sciences, in the fields of analytical chemistry, database administration, and systems engineering, and other fields.

An expert sailor and lifelong boat owner, Ray was known for his love of the sea and his many sailing adventures, which included a transatlantic crossing to Portugal via the Azores, the Eastern Seaboard from Maine to Florida, and the Caribbean. He also loved working on the farm that he and his wife Margaret kept in Delaplane.

Ray made friends easily, and was known for his storytelling, gift of gab, and love of puns, all qualities he shared with his late father.

Ray was predeceased by his parents, Robert T. Hyde and Elizabeth Anne Hyde of Martha’s Vineyard, and his infant daughter Jessica of Delaplane. In addition to his wife Margaret, Ray is survived by four siblings, Beth Fox of Wolfeboro, N.H., Robin Hyde of West Tisbury, Ken Hyde (Leonie) of Centreville, Va., and Paul Hyde (Camille) of Marion; and six nieces and nephews and their families, Johanna Cage of Southboro, Miriam Keen of Bridgewater, Whitney Hyde of West Tisbury, Michael Dower of Boston, and Rob Hyde and Emily Hyde of Marion.

A family gathering will be held at a later date to celebrate Ray’s life. There will be no calling hours. Donations may be made in Ray’s name to the Rheumatoid Arthritis Foundation at rheumresearch.org, or to the charity of your choice.