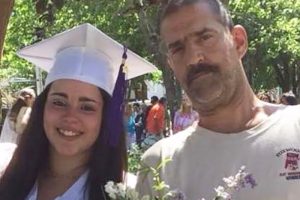 Wade was born and raised on Martha’s Vineyard. He moved to Key West, Fla., where he lived from 1990 to 1995, when he moved back to the Vineyard and met his wife, Pamela (Ponte) Oliver. Wade had a passion for working on cars, boats, and pretty much anything mechanical. He also loved all the outdoors had to offer, including fishing and quahogging.

In lieu of flowers, donations may be made to the GoFundMe account to help pay for his cremation, as per his final wishes.