Michael Blanchard is an open book of a man who has struggled with addiction and found a healing road in recovery. He now chooses to help those among us who need help and support, and draws on a creative medium to express himself and his story by pairing his beautiful Vineyard photographs with short written pieces reflecting on life, gratitude, addiction, and growth. His belief in creative expression for addiction goes beyond his own experience.

Over a two-year period starting in 2015, Michael gave a number of presentations on mental health and substance use disorder (MH/SUD) at Island libraries. The program, titled “The Photographic Art of Healing,” highlighted how photographs and images can serve as a connection to teens who are suffering from addictions, but unwilling or unable to talk.

During the opening of his presentation at the Vineyard Haven library, two women in their early 20s sat among the audience, distracted by their phones, giggling at something on the screen.

“At first I wanted to ask them to put the phones away, to listen, to be present,” Michael said, “but I decided to remain on track, finish my introduction, then went straight to a story of a teenage girl who had difficulties with communication — a very common problem with young people who are in crisis and are not ready to connect to a person or emotion, but desperately need help.

The teenage girl’s counselor, frustrated with the continued distraction of her playing with her phone during sessions, asked the girl if she enjoyed taking pictures. She raised her head, nodded yes, she loved using the phone to take photographs. The counselor asked that she take the next two weeks to take five pictures that best told the story of her life. The girl hesitantly agreed.

Upon her return she showed the counselor the five images on her cell phone screen. She described the meaning of each picture:

A knife symbolized her disappointment in backstabbing friends.

A picture of a toilet showed where she said she vomited to stay pretty.

A picture of tree bark resembled her arms that she cut to feel something.

A closed Bible represented her hatred of God.

An open Bible symbolized her wanting to believe in something, anything.

The counselor listened as the girl broke into tears. This was the first time the girl had shown emotion. This was a mini-breakthrough — an opening to start the conversation, a moment of trust and a step forward in trying to heal.

As Michael finished the story, the library audience was silent, with the exception of one noise: the two young women who had previously disrupted the program were in the back of the room crying.

They waited until the room was emptying out, and they approached Michael. “With tears in their eyes they hugged me,” he recalled. “One openly admitted to being addicted to Ativan; the other was six months sober from oxycodone. They had previously graduated from MVRHS, and asked me to take this model into the schools. The young women expressed how they wished programs like this were available when they attended school, and felt it may have helped them and others manage their disease, stress, and ability to confide in a supportive adult.

“I felt blessed these two woman came to my program. They were there to tell me nontraditional methods such as imagery can create a connection with our youth.”

Through his inspirational photography and writing his story of addiction and recovery, Michael has been effectively helping Islanders of all ages seek help for MH/SUD. Since 2013 Michael has built a Facebook following of over 50,000 people, and received close to 2,000 private messages, many of which were an outreach for help or a connection to ask for advice.

On Nov. 1, Michael wrote in a Facebook post, “I feel honored that many of you trust me enough to share your story. I speak unfiltered. I speak the truth as I understand it. Many of my posts reach 20-30,000 people. I have no idea who those people are. I have no idea what they think or how they judge me. But I do know many who are suffering from mental health disease and addiction issues who appreciate blunt openness and a willingness to speak with no fear of repercussion or stigma.”

Michael’s road to healing and helping others is all about the foundations of trust. He says there must be trust, and communication, verbal, written or visual, by any means, so we can reach our young in the safest of places and where they are comfortable to express themselves.

How do we eliminate stigma, bolster support, and seek to understand? How do we support the process of open communication and work on healthy living away from addiction? The answers to these questions are crucial. Truth, honesty, and refraining from judgment are essential in building the foundation of trust.

Michael will graduate with his master’s in psychology in April. He is happy to announce he is starting a new grant-funded position as the MH/SUD coordinator for Island Health Care. Michael will continue his work helping Islanders in crisis, and will direct and assist families that need support, advice, and services.

Some of Michael’s photo essays 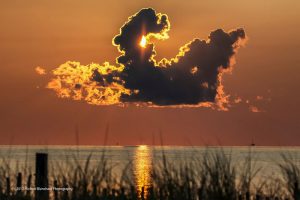 Someone sent me a quote from Mark Twain that has helped me make sense of the way I feel.

“The two most important days in your life are the day you are born and the day you find out why.”

Somehow inside I found out why I am here. Once you know the “why” there is no turning back. It is impossible to “erase” the “knowing”.

I am a COO who is giving up a respected position and a significant salary. October 5th is my last day. And as much as I will miss the people I work with, I know that being a COO is not the reason I am here. The clarity for me right now is tack sharp.

In fact, I can see my 35 years in business wasn’t the reason I was put on the planet. I never wanted it, but convinced myself it was the right thing to do as I sought to fit into the routine of society and make money. Did I waste 35 years? I became an alcoholic in part because I was burying the pain of not knowing why I was here. 35 years is a long time. Ending with 3 DUI’s. Most would consider that a tragedy.

I choose to think otherwise. I choose to believe I would have “never found out why” without the 35 years of learning and bottoming out. So never lose hope. Understand you are learning. It’s not a matter of where you have been, or what you have done — what matters is what you do with what you learn from it.

I love this photo because it symbolizes the light that comes out from the dark cloud the day you find out why you are here. 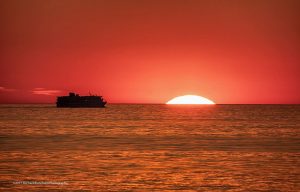 I have been on two cruise ships in my life. Both times I set up a secret hidden credit card account to charge alcoholic beverages so my girlfriend wouldn’t see how much I was really drinking.

I spent the whole cruise trying to figure out where the next drink was coming from. Many who drink alcohol or do drugs believe the euphoria takes away the pain of life and set’s them free. Alcohol for me was a living hell. A ball and chain around my neck with no key.

And even though I am sober 7 years, I will likely never set foot on another cruise ship again. The memories of searching for the next buzz are just too painful. But I have to admit I am now free to enjoy the silhouette of a cruise ship sailing into a rising sun. It’s a new day. Photo taken off of Inkwell Beach yesterday in Oak Bluffs. Have a great day! 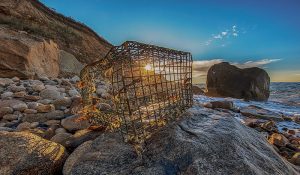 A trap looks better when there is nothing stuck inside. 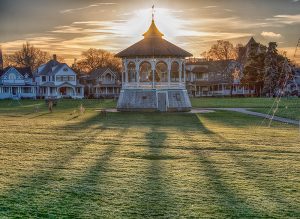 If you are horrified about going to rehab, you may be missing the most important thing in your life. I can’t imagine having survived in this world without it. I shed all the garbage and was washed clean in so many ways. Think about it.

The battle of chemicals.

Tonight, I started my last class in my master’s program in psychology. The course is on substance use disorder (SUD). The first chapter distills addiction down to a battle between dopamine and norepinephrine.

The two fight it out. The battle eventually creates damage to the neurons involved. The neurons try to adapt, they develop tolerance, they send people into massive withdrawal when the drug is removed because of all the adaptation built up to compensate for the high dosage of the drug consistently in the system. It’s a play of chemicals. The amount of dopamine you get with drugs is way higher than with natural means of pleasure. But there is a price to be paid. You can lose your soul, or die, or both.

I have been both places. And now that my brain is used to normal amounts of dopamine again, I can feel intense pleasure looking at a sunset, or drinking a cold soda, or playing with my cat and dog.

My dopamine was perfect looking at this Lucy Vincent sunset. No Oxycodone needed.