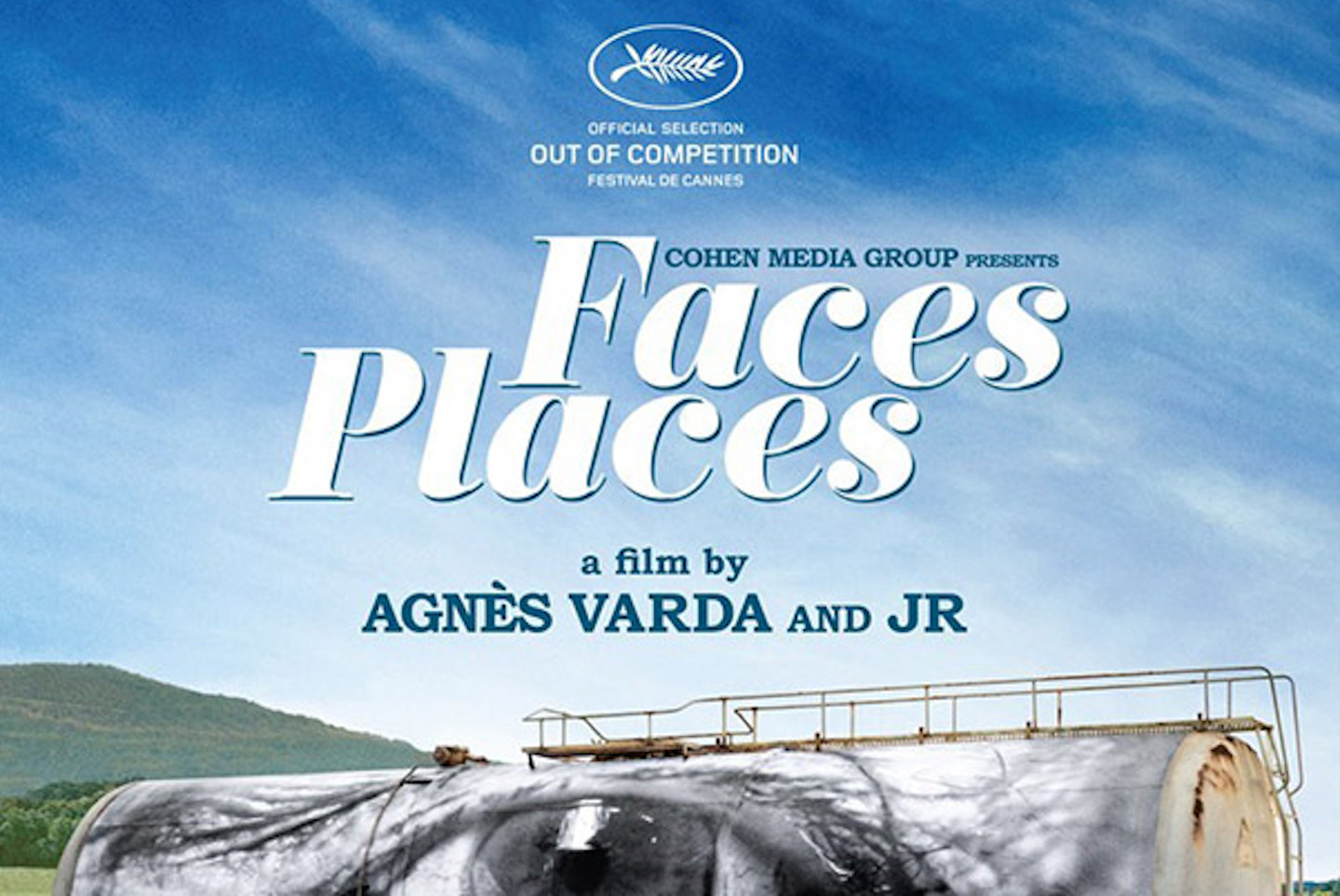 The remarkable documentary “Faces Places” comes to the Martha’s Vineyard Film Center this weekend. It is filmmaker Agnès Varda’s latest work, made in collaboration with the French photographer and installation artist JR.

The 89-year-old Varda is considered one of the foremost documentary filmmakers alive. Although she was born in Belgium, she has produced her work in France, and began her career there in 1955 with “La Pointe Courte.” It is a film that helped launch the French New Wave. For “Faces Places” she has paired up with the 34-year-old pseudonymous JR. Known for his “Inside Out Project,” this artist has photographed people from around the world, along with an occasional fish or goat, pasting their giant portraits on buildings and other outdoor sites. It is an apt partnership.

When the film begins, the two are impishly discussing, with appropriate imagery, how they did and did not meet. It sets the tone for what will follow. Both are visually distinct characters: Varda because of her shortness and two-tone pageboy; JR because of his dark glasses and porkpie hat.

From there, “Faces Places” ranges across the French countryside. They travel in JR’s van, which has a large camera image on its side, a photo booth inside, and a printer large enough to produce giant black and white photos. They paste the photos on nearby walls, and the first installation is a tongue-in-cheek series of people’s portraits with baguettes in their mouths.

From there they wax more serious, capturing on camera rows of abandoned miner’s row houses. Jeanine, the last resident, has her huge portrait fashioned on the front of her house. Varda and JR are not the only photographers. Lots of self-reflexive selfies get taken while other nearby residents reminisce.

Varda and JR visit a farmer, who describes the efficient new technology that has led to his working alone. His enlarged portrait ends up on his barn.

While these and other stops may seem random, that is hardly the case. Varda is familiar with most of the locations, and has used them in her films, which document the lives of ordinary workers and turn them into heroes.

In addition to its social commentary, the film frequently pictures the two filmmakers seated together. They look at their work or discuss it and other subjects. These range from the trivial, like why JR won’t take his sunglasses off, to the profound, like what Varga thinks about death. The cumulative effect of their conversations is to emphasize the young-versus-old dialogue, the role of the past and memory.

One stop takes them to three dockworkers who belong to an activist union. Varda decides to talk with their wives, whose immense images end up on stacks of shipping containers. The choice reflects Varda’s longtime commitment to giving voice to women.

When the two filmmakers visit a goat dairy, they learn the goats have their horns burned off at birth so they won’t injure each other. At a second dairy, the owner doesn’t remove the horns, and milks by hand instead of machine. The contrast is suggestive and further developed by references to a photo of a dead goat, taken in 1954 by Varda.

Richly textured, the connections in “Faces Places” lead in many directions, including a visit to JR’s grandmother and a sequence of JR photographing Varda’s eyes, hands, and feet. The film references photographers and filmmakers who have connections to Varda, ranging from Henri Cartier-Bresson to Jean-Luc Godard. “Faces Places” is a complex and deeply involving excursion into one woman’s vision of the world, joined with that of her much younger colleague. It is already being named to critics’ best films of the year.

Information and tickets for this and other films at the Film Center and the Capawock Theater are available at mvfilmsociety.com.