The Martha’s Vineyard Film Festival announced that Noavakay Knight, Ollie Becker, and Danielle Mulcahy have been hired to expand the organization’s growing team. According to a press release, the Film Festival’s directors are confident that this group of individuals are prepared to excel in their current roles, and also help the MVFF prepare creatively for the coming year.

The MVFF has also inducted a new member to its board of directors. Jasmine McGlade will be joining Henry Louis Gates Jr., Steve Bernier, Thomas Bena, Mitch Rubin, Dawn Porter, Joanna Cole, Anne Evasick, and Jeffrey Kusama-Hinte on the board. Ms. McGlade is an accomplished filmmaker and writer who most recently was an executive producer of the successful film “La La Land,” which won six Oscars and a record-breaking seven Golden Globes. Her insight and guidance will be increasingly valuable as the MVFF embarks on its newest project, establishing a filmmaking department.

Ollie Becker of West Tisbury will be moving back home, bringing nine years of work experience in Los Angeles and his intuitive storytelling skills to help mold the direction and effectiveness of the MVFF’s filmmaking department. While in Los Angeles, Mr. Becker wrote and produced unscripted series for television networks like CBS, A&E’s History, and Discovery. “I’m excited to bring my skill set back to the Vineyard and work for the MVFF to tell compelling stories about the people and places that make up this unique Island community,” he said.

Talented multidisciplinary artist Danielle Mulcahy will join Mr. Becker in the filmmaking department. A graduate of MassArt, the Massachusetts College of Art and Design (B.F.A. in film and illustration), she films, edits, spins yarn, paints, and brings her gorgeous creative vision to every project she is part of. She will also be returning to the Vineyard after a year spent traveling the United States and making art for the business she co-founded, Barnyard Saints Art. “I’m thrilled to be working among like-minded creative folks who have such fantastic ideas and visions. Filmmaking is such a powerful medium, and I’m honored to now be among the team that is leading the film community on the Island,” said Ms. Mulcahy.

Noavakay Knight has been hired as the development and marketing coordinator, which is a perfect fit for her natural abilities for event planning, social media, and grant writing. Ms. Knight is an Islander who most recently worked at Island Copper Gallery, a cooperative arts space where she coordinated special events, community classes, and artist receptions. She is excited to be a liaison between the MVFF and the Island, helping to spread the reach and impact of the MVFF through community engagement.

“With the addition of these filmmakers, the new staff and board members, and our growing education department, we are embracing our expansion to be so much more than a film festival,” said MVFF artistic director Brian Ditchfield. 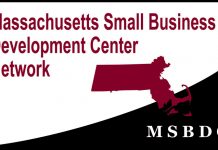