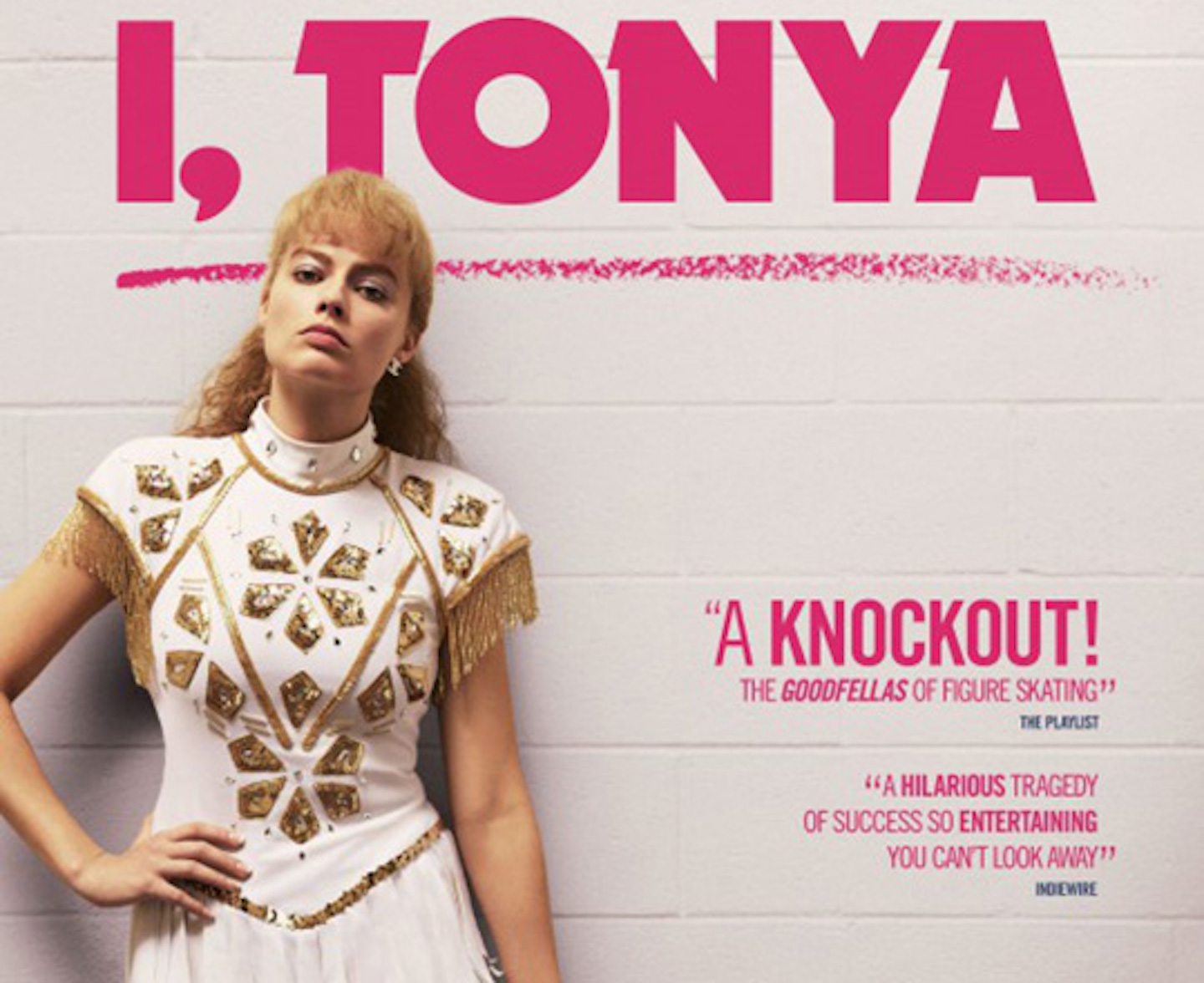 Just in time for the Winter Olympics in South Korea comes “I, Tonya,” a biopic about the outstanding but pilloried two-time Olympics figure skater Tonya Harding. The film screens at the MV Film Society starting on Saturday, Feb. 17.

Margot Robbie, nominated for a Best Actress Oscar, does not have the rough-edged looks of the blue-collar Harding, but she makes up for it in her compelling performance and tough-girl rictus. Robbie does much of her own skating, although stunt doubles perform the most difficult moves.

“I, Tonya,” the title of which is likely drawn from Robert Graves’ novel “I, Claudius” about the Roman emperor, takes the form of a mock documentary. Twenty years after the fact, Tonya and her ex-husband Jeff Gillooly (Sebastian Stan) talk about the infamous incident in which another Olympic figure skater, Nancy Kerrigan, has her knee bashed. Their stories about their involvement do not exactly jibe, and even today it is still not clear how much Tonya participated.

The film cuts to Tonya’s life and her mother LaVona, played with unrelenting venom by Allison Janney. This Oscar nominee for Best Supporting Actress embodies LaVona’s stage-mother abusiveness and all-out ambition. LaVona drives her daughter to success starting at the age of 3 in Portland, Ore. She warns Tonya not to chat up her competitors and refuses to let her take bathroom breaks while she’s skating.

Director Craig Gillespie balances the movie between comedy and misery. With its appalling humor and pain, “I, Tonya” reminds of another recent movie about lowlifes, “Florida Project.” Tonya has the same redemptive vitality as little Moonee in “Florida Project.” Foul-mouthed and vicious as LaVona is, she verges on the ridiculous, batting the pet parrot on her shoulder when it tries to nibble her ear.

Tonya’s working-class ethos comes across in scenes with her father teaching her how to shoot rabbits. As she begins to excel at skating, Tonya replaces her mother with her abusive boyfriend and later husband Gillooly. Even though she eventually divorces him, she continues to remain emotionally dependent on Gillooly. As a skater she rebels against the conventions of the time that called for figure skaters to be good-girl princesses. She wears tacky homemade costumes and skates to rock music like ZZ Top’s “Sleeping Bag.”

Although viewers watch her become celebrated for triple axels, the three-and-a-half rotations that no other women’s figure skater had achieved in international competition, judges consistently underscore her. They disparage her athleticism — she nevertheless is a petite 5’ 1” — and blatantly complain that she lacks “presentation.” She placed fourth in the 1992 Olympics and eighth in 1994.

The incident with Kerrigan for which Tonya became best known takes place in 1994 while she was practicing for the U.S. Figure Skating Championships in Detroit. She is convicted of conspiracy to hinder prosecution and banned for life from the U.S. Figure Skating Association. As “I, Tonya” moves back and forth between events in the skater’s life and the mock interviews in which she looks back on what happened, “I, Tonya” draws a portrait that is both realistic and empathetic about this ill-fated heroine.